Located within the central city of Da Nang, in the junction of Trung Nu Vuong and Bach Dang Street, Cham Museum is the only museum of its kind in the world dedicated to the Cham Pa era. Coming to visit the museum, visitors can have a glimp of the glorious time of a nation in the past whose both the passion and talent for art reached a remarkable high level.

Cham Museum (also known as Ancient Cham Museum) is located on 2/9 Street, Hai Chau District, Da Nang City. When coming to this museum, tourists will be amazed by the unique Gothic architecture with the pointed arc roof style and wide glass window system that helps the sunlight coming to every corner of the museum.

Da Nang Cham Museum owns nearly 2,000 large and small precious artifacts of Cham sculpture art found in Cham towers, the Central Highlands and the southern central coastal region. Among them, there are nearly 500 exhibits on display inside the museum, 187 on display outside the yard and more than 1,200 exhibits currently in storage. One of the most famous sculptures in Cham Museum is Tara Bodhisattva statue which is the only bronze statue in Cham Museum. Tara Bodhisattva is displayed in an attractive position in the Indochina room. With a height of 1,148m, the Tara statue is considered the largest bronze sculpture of Cham sculpture until now.

Most of the sculptures in Cham museum were made from three main materials: copper, terracotta and sandstone. All of them are diverse in art styles, carvings, shapes, etc. Most of them are made from sandstone from the seventh to the fifteenth centuries.

Brief facts about Cham Pa dynasty
Champa Kingdom was a Hindu Malayo-Polynesian kingdom that controlled Central Vietnam for roughly a millennium based on trading and raiding neighbor countries since 192 A.D..After decades, the influence of the dynasty on the region is still prominent. From Da Nang, Quang Nam to Khanh Hoa, etc. the famous historical sites of Cham Pa is often encountered. However, the Cham Pa Museum in Da Nang, having the largest collection of Cham sculpture and artwork, promise a comprehensive view about the mysterious yet interesting ancient culture at one stop.

A construction by French 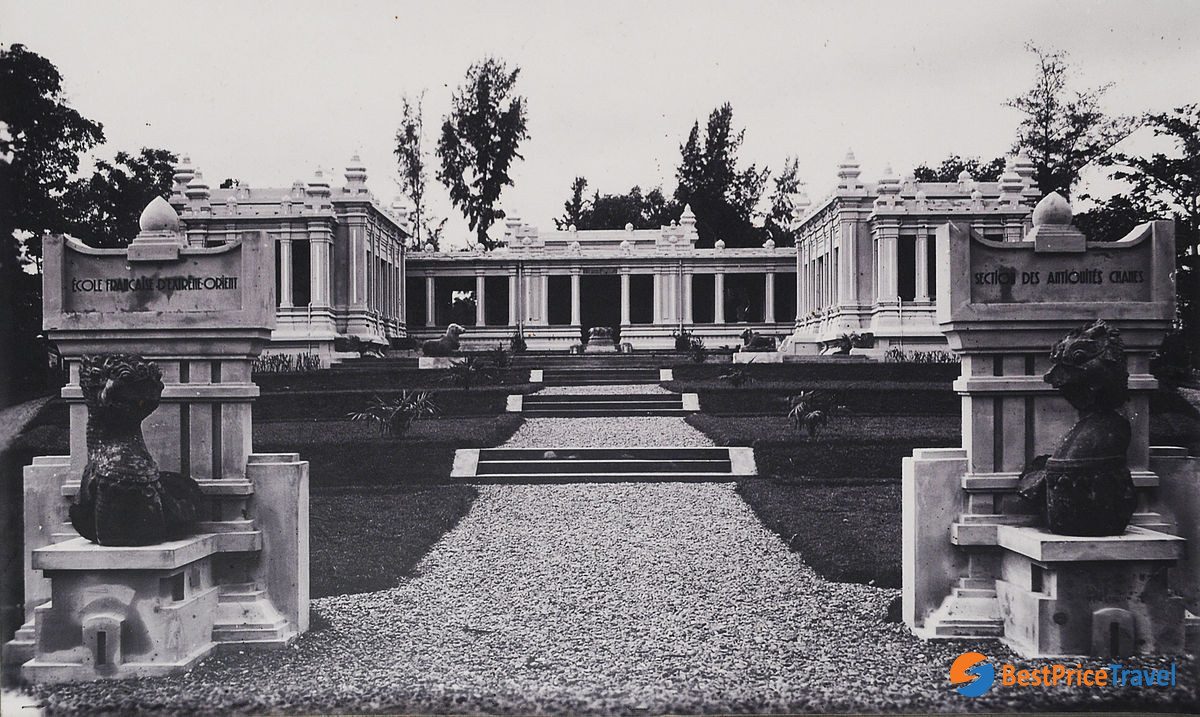 Cham Museum after the first construction in 1919

In the end of 19th century, Charles Lemire – Quang Nam Province French ambassador, carried out the mining of Cham cultural leftovers and exhibited them in Danang. In 1900, EFEO continued the mining at a bigger scale, which led to a demand of building a museum in Danang only for Cham antiques. The project was officially established by Henri Parmentier in 1902 and designed by two French architects named Delaval and Auclair, then constructed in 1915 and finished in 1919. To show the gratefulness to Mr. Parmentier, people decided to change the name to Musée Henri Parmentier.

The first expansion started in the mid-1930, with two new galleries providing display space for the antiques added in the 1920s and 1930s. Henri Parmentier directed the display based on the areas where sculptures were found. In 2002, the museum was again extended with the two-story building providing additional 1000 square meters. The new building provides not only space for display, but also for storage, a library, a restoration workshop and offices for staff. Before 2007, the Museum was managed by Da Nang Museums, an administrative organ in charge of the city’s museums and heritage.

Dedicated to that glorious time 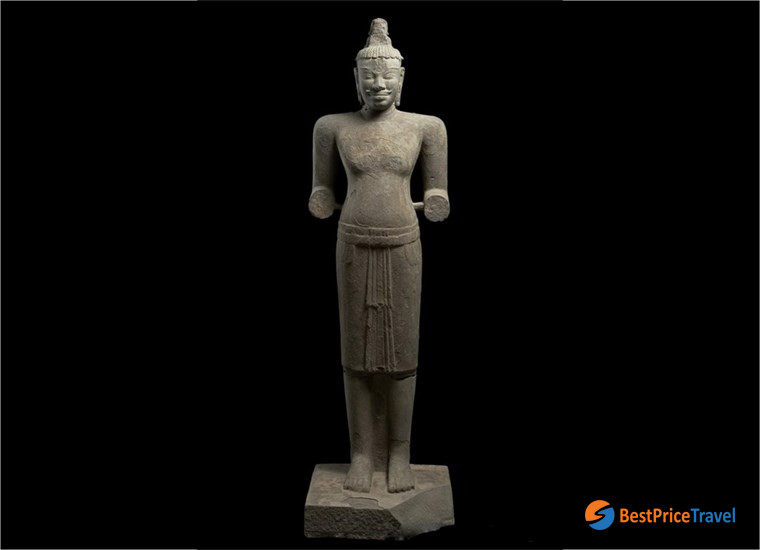 Founded in 1915 by the Ecole Francaise d'Extreme Orient and designed by two French architects in imitation of the most commonly used aspects of Champa towers and temples, the museum itself is a fine example of Cham architecture with simple yet elegant patterns. Gathered from Quang Binh up to Binh Dinh prior to the Cham Museum opening, most of the artwork here is in the form of sculpture in Cham Pa sensual style and many of them are are considered masterpieces of their field. Items on display fall into one of the following sections – icon, pedestal, pediment, or fragment, with their period and the geographic regions where they was found. 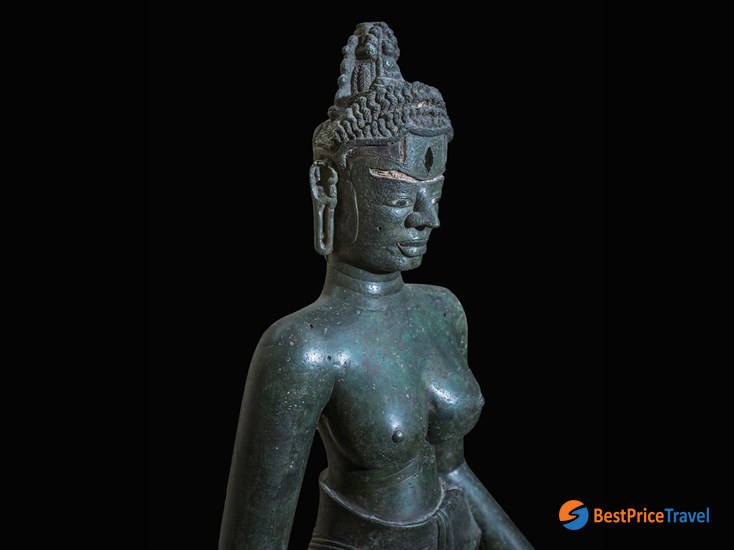 My Son was the most sacred place of the Champa kingdom, once being a capital of Champa. Protected by a circle of mountains, there were over 70 structures made of brick and stone, most of which were dedicated to Shiva. The exhibited sculptures show the styles in the evolution of the art of Champa.

Dong Duong was a Buddhist center of Champa on the plain about 20 kilometers south of My Son. It was excavated by Henri Parmentier and Charles Carpeaux during the fall of 1902. Up to now, it has been almost totally damaged by time and wars we can still somehow feel the large scale and splendor through the remaining exhibitions. The images worshipped at Dong Duong bear witness to the development of Mahayana Buddhism in Champa. Despite some Chinese, Indian and other influences, the sculpture and architecture of Dong Duong displayed strong indigenous elements which created this unique and impressive style of Cham art.

Visit the Cham Art Museum, you will be able to step into this special cultural space, leaving all the chaos of the busy outside life, immersed in the silence enjoy a historical atmosphere. Go to the Cham Museum to admire the creativity of ancient Cham artisans to create masterpieces that are still remain with time.