Chiang Rai Guide - All you need to know

As a peaceful neighbor of Chiang Mai, Chiang Rai is a land of outstanding natural beauty, where visitors come to forget the hustle and bustle of the city. Here, you can visit remote mountain hill tribes, see exotic wildlife and check-in at one of the spectacular temples in the world. Interestingly, this is also the center of opium trading in the world. 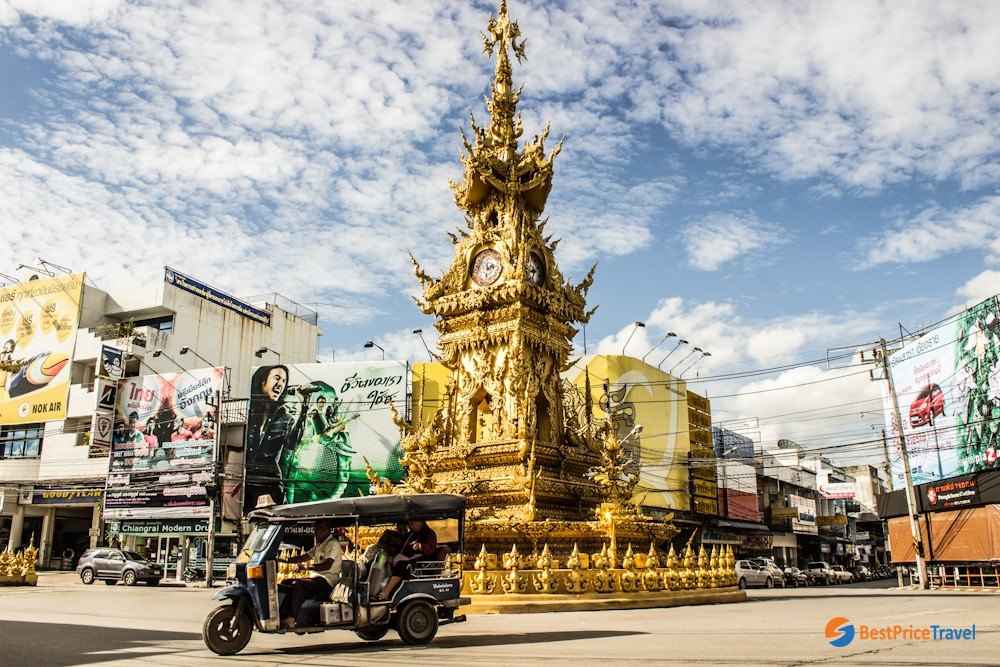 Today, Chiang Rai is a tourist paradise, blessed with abundant attractions, plus ancient historical sites. Tourist attractions are diverse, from the ruins of ancient settlements and Buddhist temples, to the beautiful mountains and villages. For those who love the natural scenery of Chiang Rai, trekking through the forest is a magical experience to explore the northern mountains through the various trekking trails. Many of these roads lead to the villages of diverse tribal groups, where many still maintain their traditional lifestyles. Chiang Rai, which has been rated as a "more relaxed" tourist destination than its neighbor, Chiang Mai, is now competing with Chiang Mai for tourism and is quickly becoming a "place to escape" for tourists who want to leave hardships behind.

The city of Chiang Rai was founded in 1262 by King Meng Rai. Chiang Rai has existed since the 7th century, but it was not until 1262 that King Meng Rai established it as the first capital of the Lanna kingdom. Later, the capital Chang Rai merged with Chiang Mai and since then, Chiang Rai has lived under the shadow of its neighboring province. 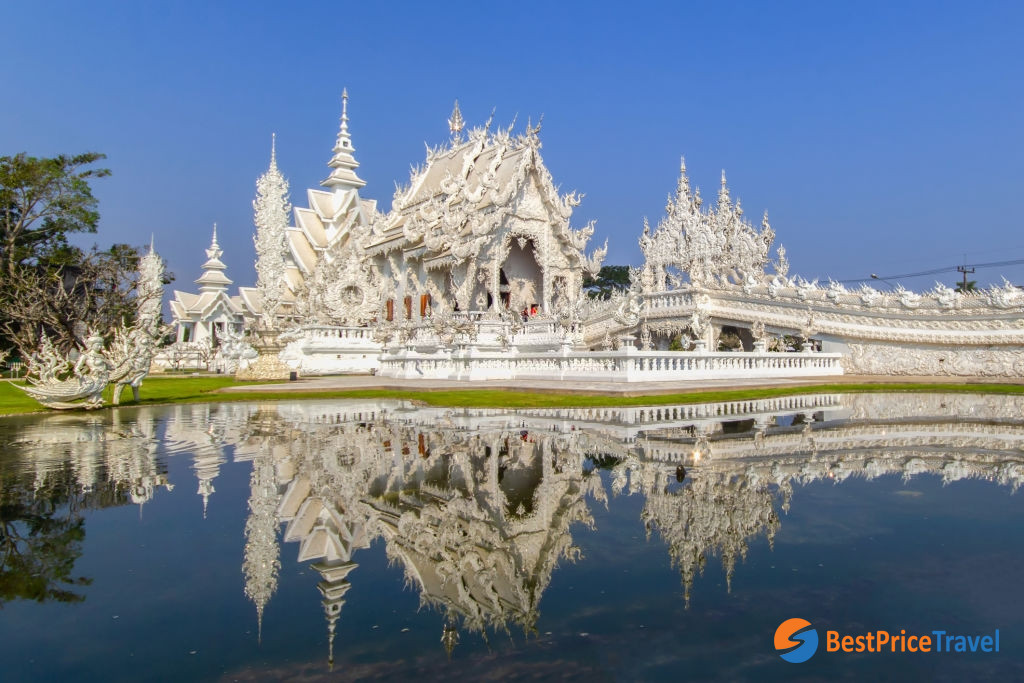 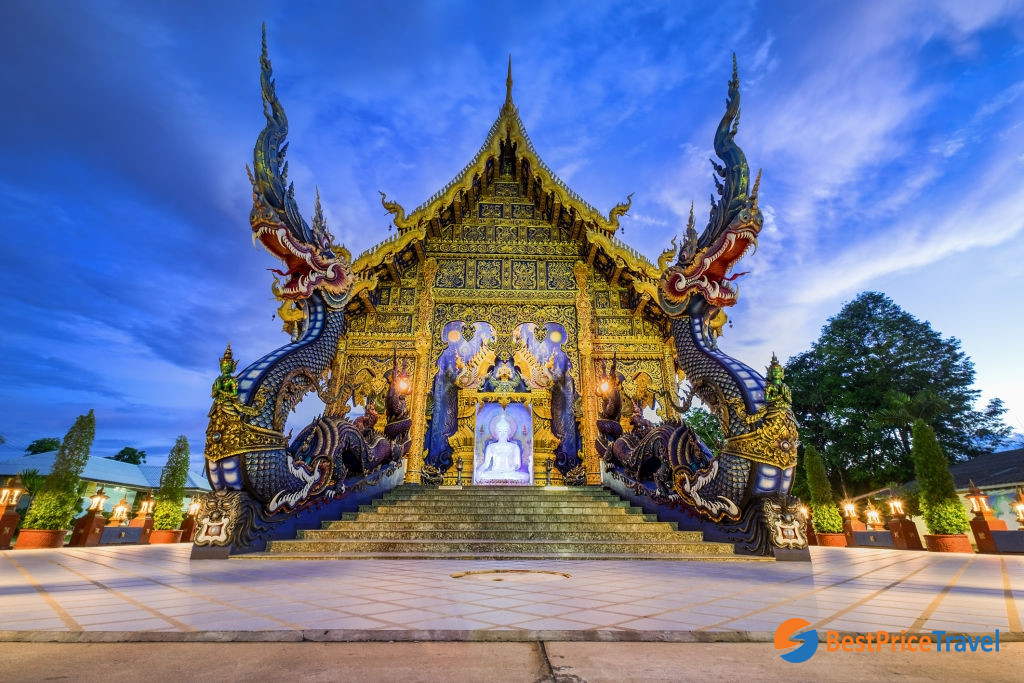 Chiang Rai is an old city famous for countless of ancient temples. Remember to wear appropriate dressing attire and speak softly at the temples to respect the poise and serenity of the sacred sites. Coming to Chiang Rai, not only the beautiful scenery amazes you; but also the festivals are the main factors that pull tourists closer towards the beautiful Chiang Rai city. One prominent festival is the sky lantern drop activities held in November. During the Lantern Festival (Yi Peng) Thailand, thousands of paper lanterns are released into the sky, adorned with written messages, prayers and wishes. Lanterns in the sky are called khom loi, which can be purchased at temples. Each lantern is a symbol of letting go of unhappiness and receiving merit, an important concept in Buddhism. According to the notion that if your temple fly high and disappear, you will receive luck, your prayers will reach the Buddha. The sky lantern drop festival is celebrated on the 12th lunar month. 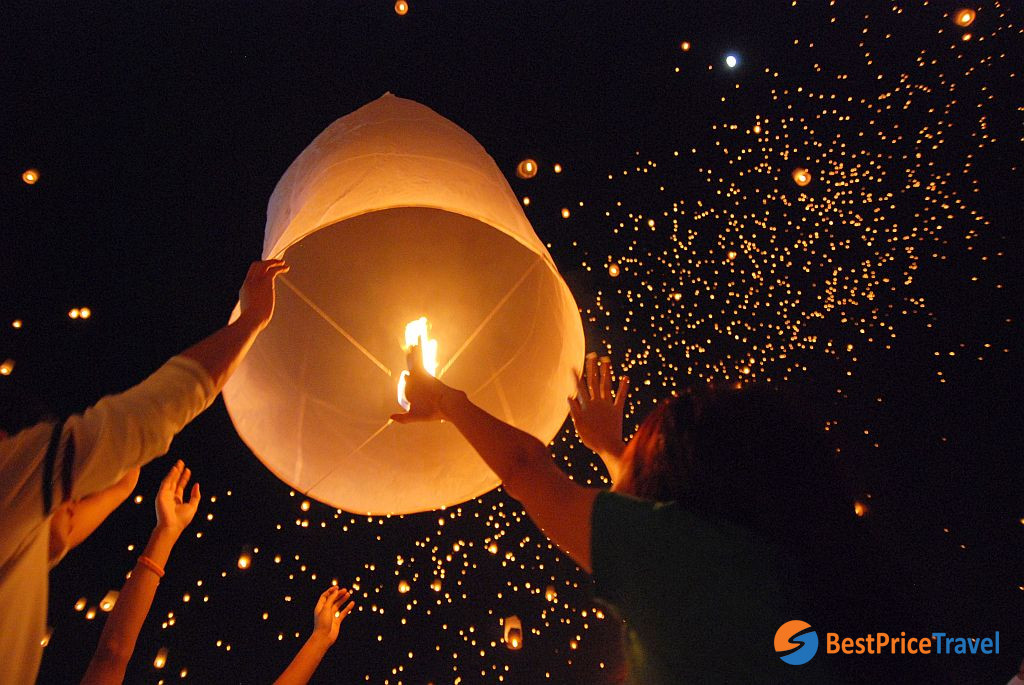 Chiang Rai has 2 seasons: the dry and rainy season. The rainy season usually takes place during the summer. The best time to visit Chiang Rai is from late November to early February, when festivals are carried out mostly and the climate is favorable. Chiang Rai’s weather is relatively cool with not much rain during the peak tourist seasons. Therefore, tourists are recommended to bring along some sweaters to avoid getting cold.

There are many ways to get to Chiang Rai

To save some expenses, tourists are recommended to rent a bike or motorbike to travel around in Chiang Rai. This is very convenient as you get to save money, enjoy the fresh air and get to your intended destinations quickly at the same time.

Local currency in Chiang Rai is Baht. If you start your trip from Bangkok, you should exchange spare money before heading to Chiang Mai and Chiang Rai. However, there are some money exchange stations in the Old City of Chiang Mai as well.