Choeung Ek is known as The Killing Fields, where more than 17,000 civilians were killed and buried in mass graves. The site is a former orchard and chilling reminder of the brutalities of the genocidal Khmer Rouge regime.

The Killing Fields of Cambodia refers to the genocide that took place in Cambodia after the takeover of power by Pol Pot and his Khmer Rouge regime. At that time, they were in power for four years until 1979 when the Vietnamese, who were engaged in an often violent border dispute with the Khmer Rouge, finally invaded in force and seized power from the Khmer Rouge. 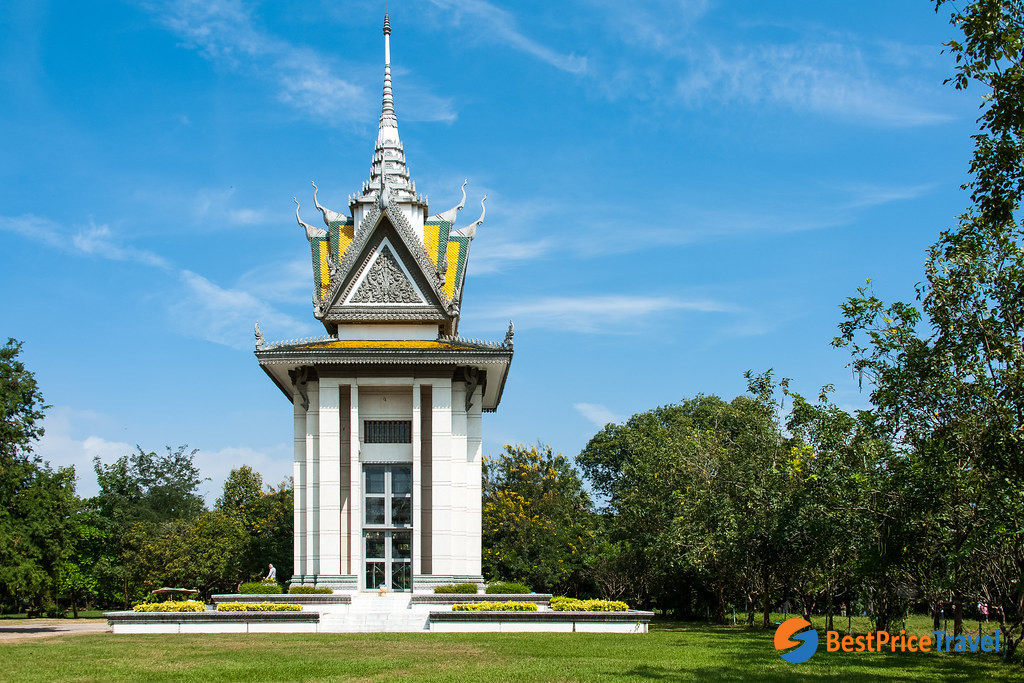 That genocide in Cambodia was unique. Out of a population of approximately 7 million, about 2 million Cambodians were systematically exterminated, starved, or worked to death by the Khmer Rouge government. Or they were often bludgeoned to death to avoid wasting precious bullets. Over 25% of the Cambodian people died under the hands of the Angkar. 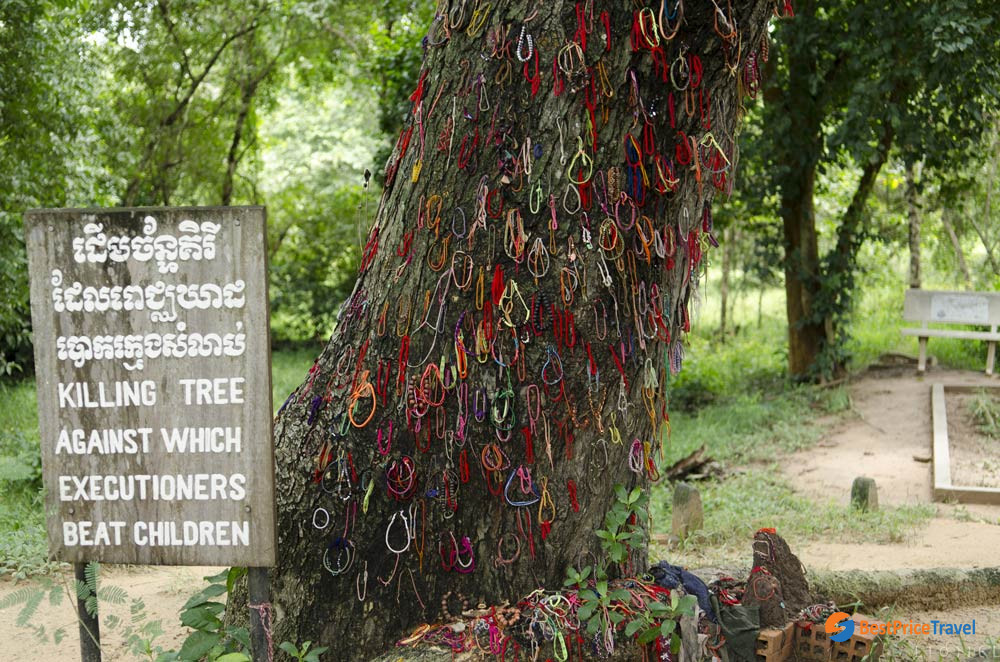 The remains of 8985 people, many of whom were bound and blindfolded, were exhumed in 1980 from mass graves in a longan orchard; 43 of the 129 communal graves here have been left untouched. Fragments of human bone and bits of cloth are scattered around the disinterred pits. More than 8000 skulls, arranged by sex and age, are visible behind the clear glass panels of the Memorial Stupa, which was erected in 1988. It is a peaceful place today, masking the horrors that unfolded here several decades ago. 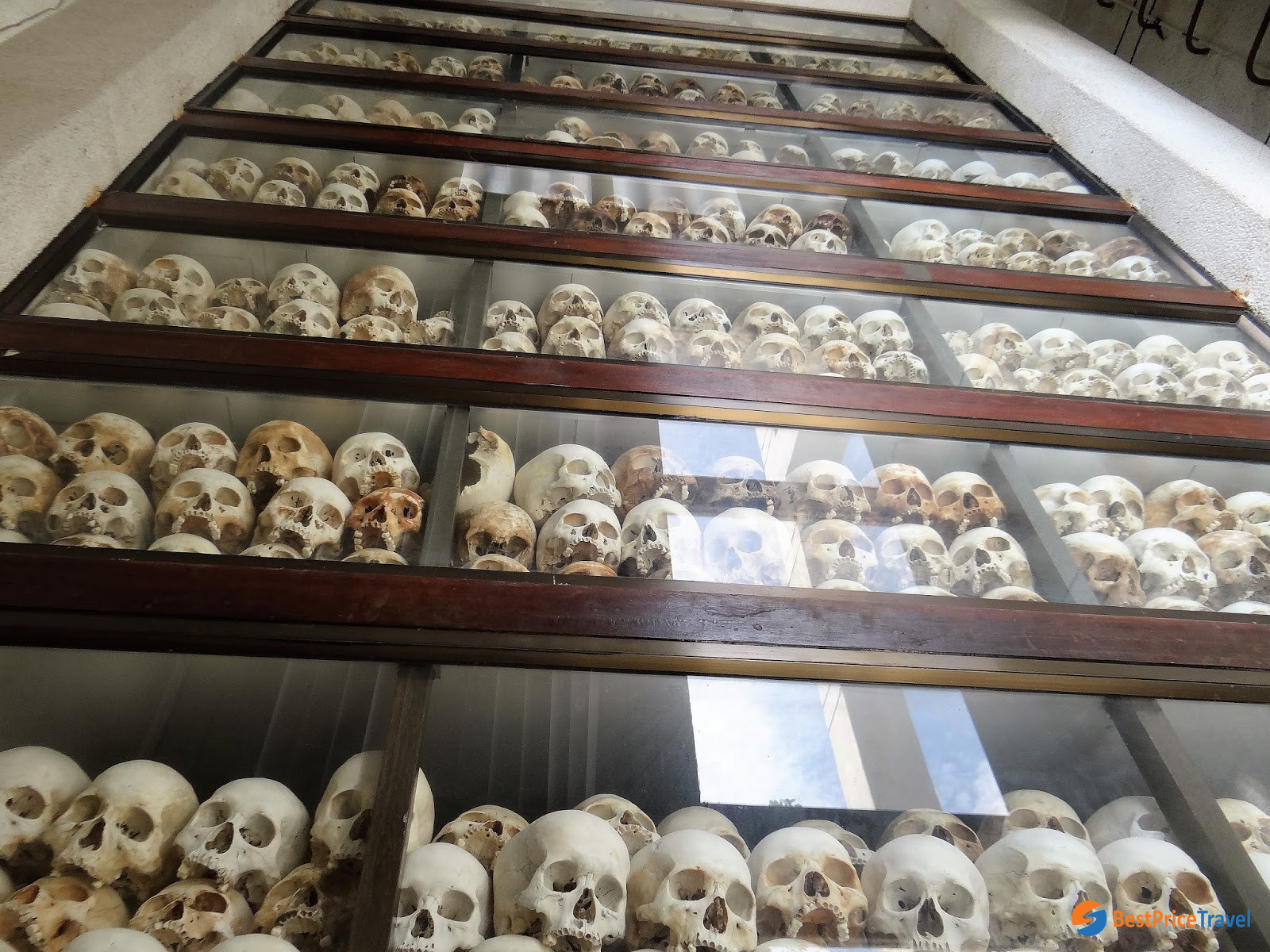 Nowadays, visiting the killing fields is a way to observe the dark part of history, and also to show the respect to people who lied down many years ago on that land. Somehow the pain and the obsession still exist, but what happened in the past created our world today. And for almost everyone, the curiosity always urges us to get to know our huge world!

Situated 15 km southwest of Phnom Penh, tourists can get to the Killing Fields by tuk-tuk, taxi or bicycle.