Dong Van is a mountainous province of Ha Giang, which is famous for Dong Van karst plateau park. Telling about stone plateau, many people easily imagine a barren landscape with only rocks and mountains. On the contrary, this land nurtures many beautiful, colorful and sweet flowers. Therefore, the beauty of Dong Van stone plateau is a combined place that fulls of majestic and romantic specialities

Dong Van locates at the north pole of Vietnam, this is the highest protruding point on the map of Vietnam. Dong Van is 155km apart from Ha Giang city, where Lung Cu flagpole marks the extreme North of our country, making the border division between China and Vietnam. Dong Van stone plateau is at an average altitude of 1,000 - 1,600m above the sea level, with an area of nearly 2,356km² stretching across the area of 4 districts: Quan Ba, Yen Minh, Meo Vac and Dong Van of Ha Giang province. 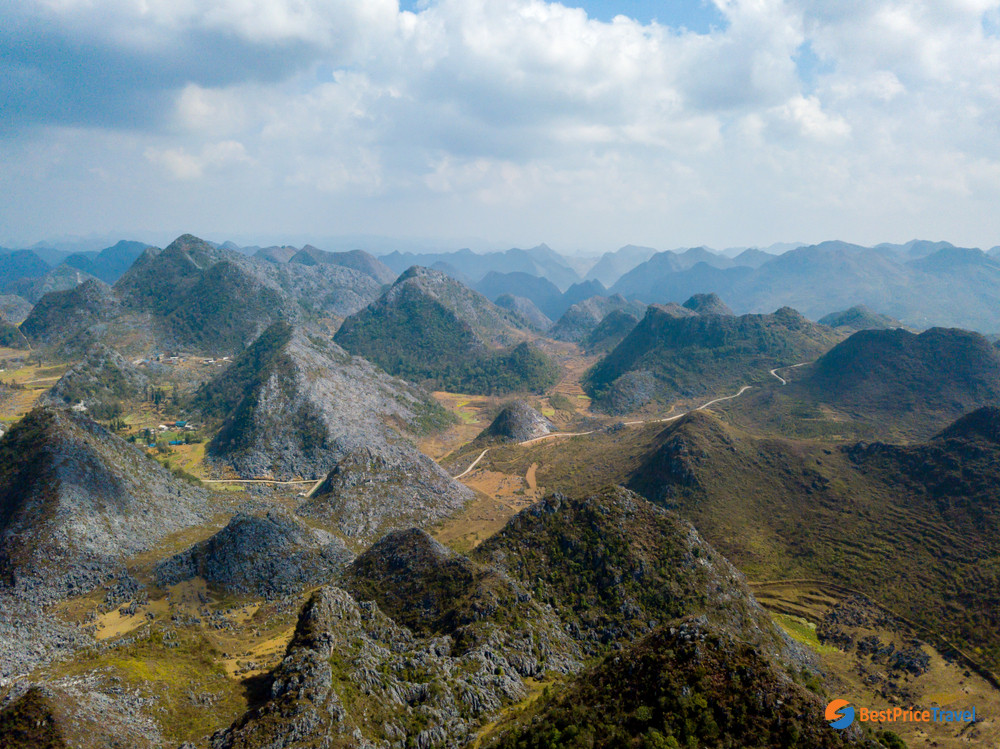 This is one of the special limestone areas of the country, containing historical information of the earth's crust development. Dong Van contains 80% of the limestone area, made up by various environmental conditions and development stages, lasting hundred million years. That’s why Dong Van is well-known for stunning landscapes including mountains, majestic caves, colorful flowers in forests.

The most beautiful tourist attraction is the old town of Dong Van. This must be very enjoyable and excited when wandering in the old town to explore the culture, cuisine and traditions of the highland people. Such a good experience when discovering this ancient town. 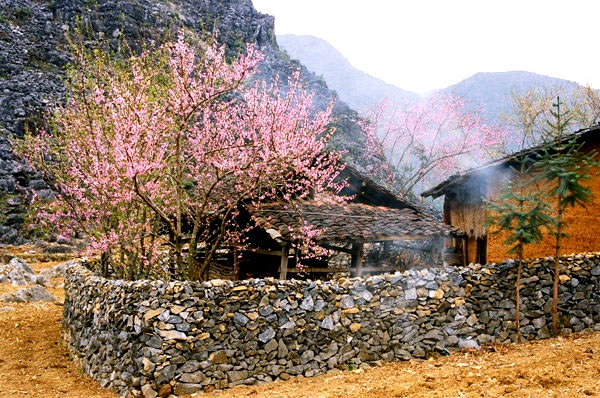 Dong Van Ancient Street is a nearly one-kilometer long street that was formed nearly a century ago, with the typical architectural features of the highland people, such as yin and yang roofs, natural stone floors and yin and yang tiles. The ancient town has more than 40 houses being 100-300 years old, in which the house of Luong family is thought to be the oldest. In every full-moon nights, the street is colorfully lightened with red lanterns of various sizes. It also serves food and has other cultural activities in those days.

In addition, the Cat King’s Palace is a special destination that you should not miss in Dong Van discovery journey. This is a unique building that was built in the early 20th century, modeled on Chinese architecture (Manchu's life) with beautiful curves, sharp lines and delicate sculptures. It was not only a mansion, but also a defensive fortress during the historical period. The King Palace with an area of over 1,000 meters has been recognized as a national art architectural monument.

From Dong Van town you can also easily explore other famous tourist destinations such as Cat King’s Palace, Ma Pi Leng, and especially the Lung Cu Flagpole where anyone comes Dong Van also had to check-in once. Tourist traveling to Ha Giang often choose to take a bus to Ha Giang. When you arrive in Ha Giang city, rent a motorbike to travel to Dong Van, Meo Vac, Lung Cu flagpole. You will go through most of the attractive tourist spots in Ha Giang. 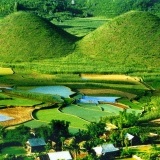