Han River Bridge not only facilitates transportation and economic development but also highlights the culture and tourism potential of the city. Coming to the first swing bridge in Vietnam, you can both admire the unique architecture and immerse in atmospheric space in Da Nang.

The architecture of Han River Bridge

Han River Bridge is a representative structure designed by Vietnamese architects and constructed with the help of the locals. Made mainly from steel and concrete, Han River Bridge stretches 487.7 meters long, consisting of 11 spans with 2 spans of 122-meter-long stay cables. Featuring the minimalist style, Han River Bridge is a complex work of modern technology and even named as a Work of typical quality between the years 2001 and 2005. 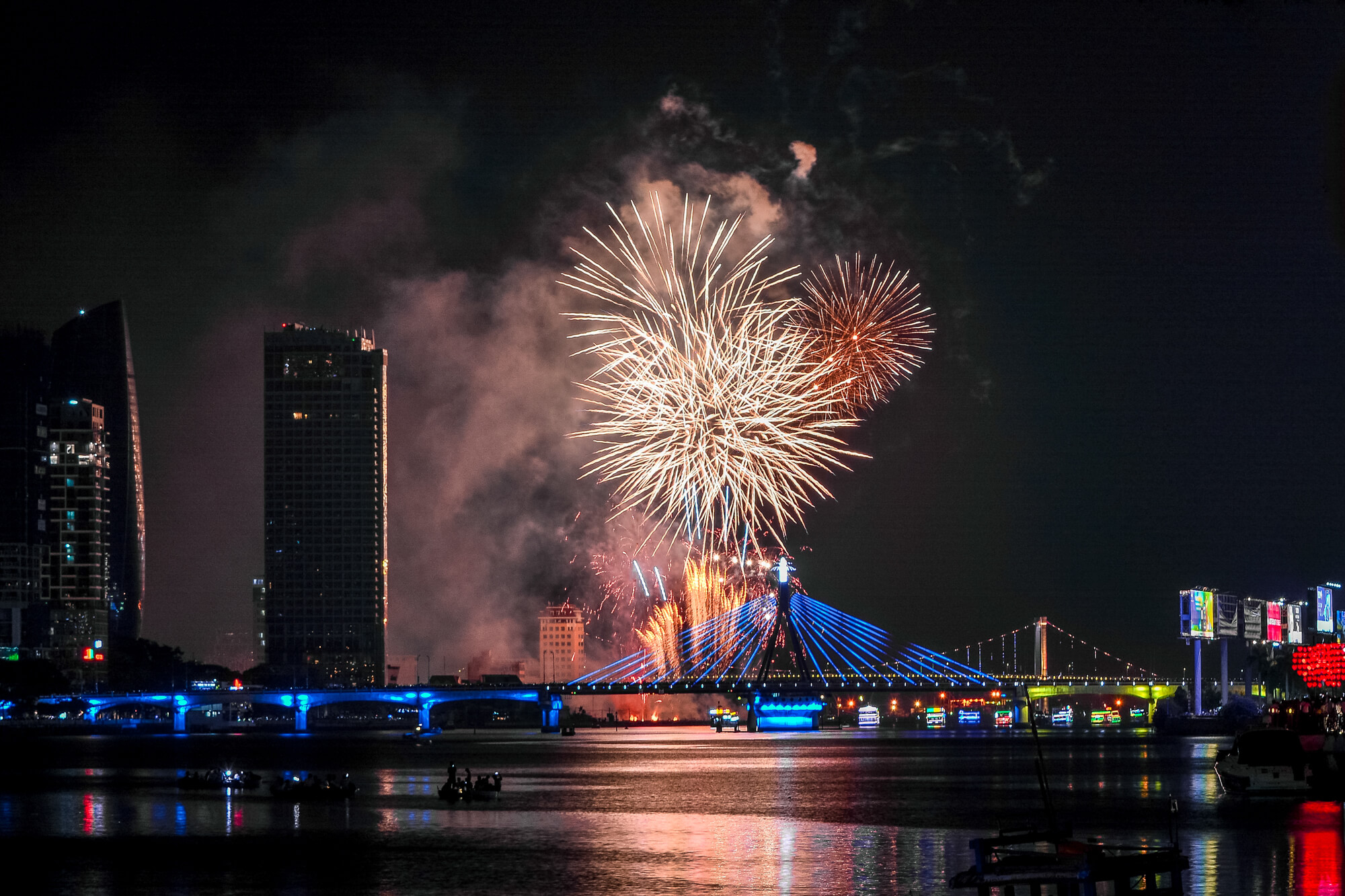 Well-known for being the first swing bridge in Vietnam, Han River Bridge attracts a lot of curious tourists to witness the rotation at midnight. This movement somehow represents the revonation and dynamic of Da Nang city.

On weekdays, at 1:00 am, you will see the center of the bridge rotating 90 degrees around the axis and remaining along the river flow to open the way for large ships to pass through. At around 3:30 am, the bridge eventually returns to the initial position. 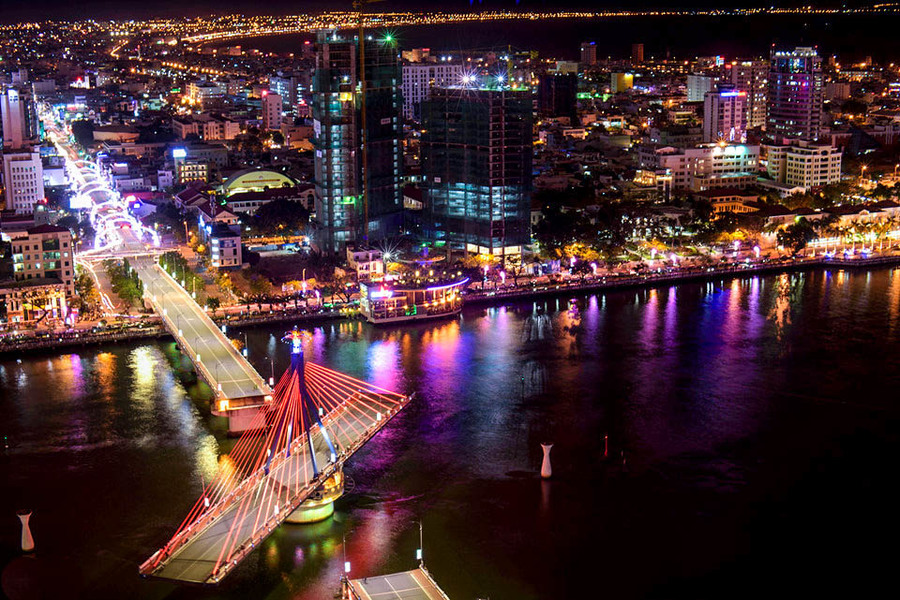 Han River Bridge is the first swing bridge in Vietnam

What to expect at Han River Bridge

Apart from the rotation at midnight, Han River Bridge is a favorite spot to take photographs and filming moments in Da Nang. At day, you can move around the bridge frequently because it is a major transportation hub connecting two sides of the Han River. At night, you can enjoy the bustling nightlife on the banks and contemplate the sparkling bridge. There is an abundance of cafés, restaurants, and bars in the surroundings for visitors. 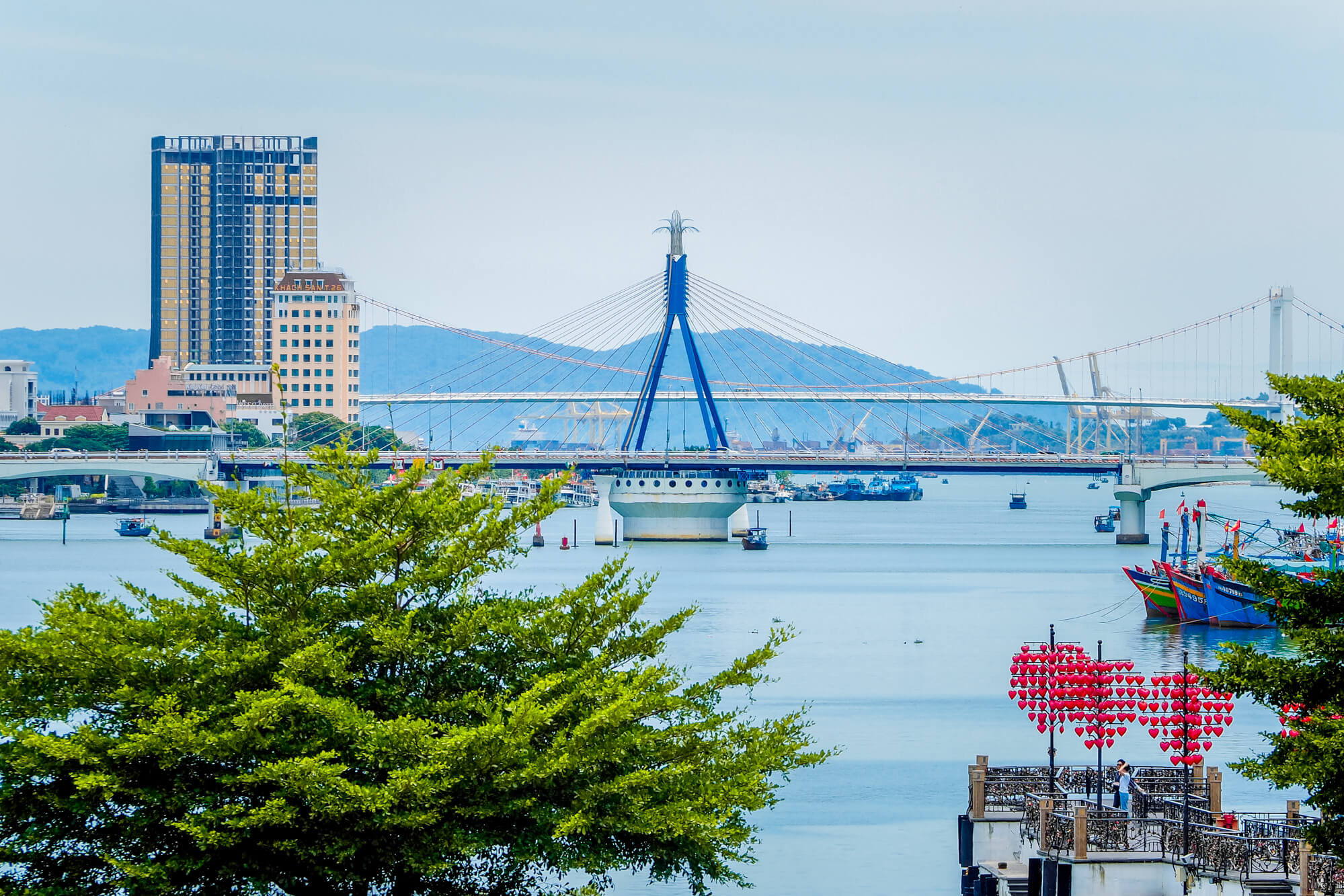 Many viewpoints around Han River Bridge

Also, you can take a boat cruising along the Han River for recreational services. You can both witness the exciting riverbanks and admire the beauty of the other bridges crossing the Han River.

How to get to Han River Bridge?

Located in the city center, Han River Bridge is easily reached by bike, car, taxi, and cyclo. From Han Market, you can go straight on Bach Dang Street and turn left at Indovina Bank - Da Nang Branch. After turning right on Tran Phu Street, you will see the bridge on Le Duan Street.