Hanoi Weather in January: Temperature & Things to Do

January is the coldest month of the year due to the strong freezing wind from the northeast. If you want to organize your holiday in Hanoi at this time then we can help you to ‘do your homework' to avoid any confusion that may happen during your trip. To do that, we are pleased to show you all you need to know about Hanoi weather in January.

Hanoi's atmosphere seems to be very busy with crowded and bustling alleys. Everyone is in a race to complete all the remaining work and prepare for the upcoming Vietnamese New Year. The Following is the information about Hanoi weather in January and the travel experience during this time of the year.

Rainfall: Hanoi has between 7 and 14 rainy days during the month of January. However, this time of year is still the dry season, despite how many wet days. The most common forms of precipitation are drizzling and light rain, which occurs frequently in winter. Even so, the city receives a low amount of rainfall throughout the month. It usually doesn't exceed 20 mm (0.79 in) on a monthly basis.

In Hanoi, the chance of a wet day over the course of January is essentially constant, remaining around 6% throughout. The lowest daily chance of wet day throughout the year is January 31st with the chances of precipitation is around 5%

In general, the time of day between early morning and midday is much more likely to receive rainfall than late afternoon and evening.

Sunshine: Hanoi features scarce sunlight during wintertime. The month of January in Hanoi experiences essentially constant cloud cover, the sky is mostly cloudy for about 33% throughout the month. So because cloudy weather heavily overwhelms the sunny weather, the city receives only 5 sunshine hours per day on average from the beginning of January until the end of the month.

Sunrise and Sunset: Over the course of January in Hanoi, the duration of daylight is constantly increasing. From the start to the end of the month, the length of the day increases by 20 minutes, implying an average daily increase of 39 seconds, and a weekly increase of 4 minutes, 33 seconds.

Humidity: The chance that a given day will be muggy in Hanoi is essentially constant during January. Still, the chances of a muggy or even oppressive day do exist and range between 15% and 18%. In that regard, January 21 is statistically having the least humidity in the course of the year (15%). 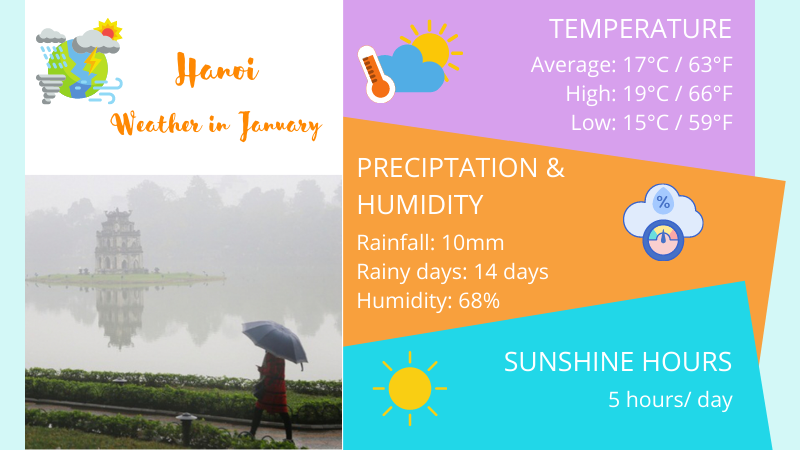 The Hanoi weather in January is comfortable, without the searing heat and high level of humidity. In Spite of the cold, January is still considered to be pleasant so the city gladly receives a big number of tourists.

Vietnamese Lunar New Year (Tết) can take place at the end of January or the early of February, the date may vary according to the lunar calendar of each year. During this holiday, many museums, mausoleums, shops, and restaurants will be closed. However, if you would like to enjoy soaking up the traditional culture of the most important holiday of Vietnamese then maybe it’s the right time for you.

Overall, Hanoi weather in January is quite nice to visit, especially for those who are interested in the exciting atmosphere in crowded streets.

Things to do in Hanoi during January

If the Vietnamese Lunar New Year falls in January, you can join local people to celebrate with food, firecrackers, fun, and families. They visit pagodas and temples, wishing for a lucky and healthy year to come. At some places, there will be some activities, for instance, lion dances, traditional dances and ceremonies, carnival games, and so much more.

It is considered to be the biggest and most popular festival of the year in Vietnam. It celebrates the arrival of the New Year based on the lunar calendar, and it may fall in January or February. In this festival, Vietnamese people will express their respect to their ancestors and gather up with their families to embrace the New Year. The celebration of Vietnamese Tết regularly lasts from 3 days to an entire week. 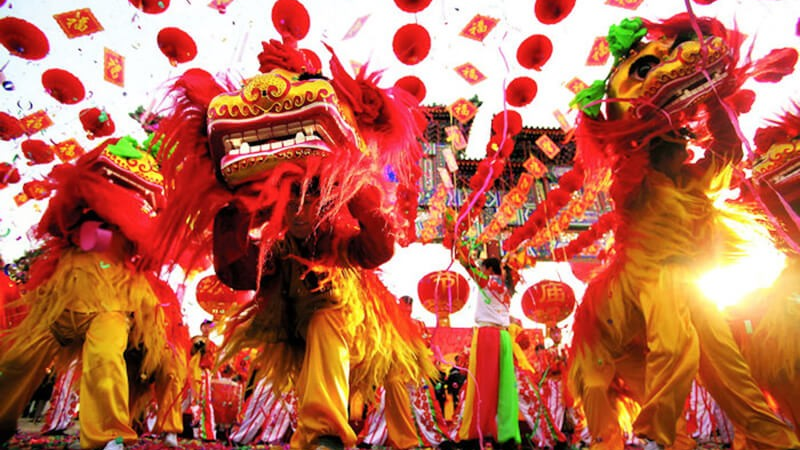 Located about 50km northwest of downtown Hanoi, only 1 hour and 30 minutes driving, Duong Lam is a UNESCO-awarded village and a haven for architecture as well as street photography lovers. The village is known for its 300-year-old houses, grand communal halls and pagodas, original fishbone brick roads and ancient banyan trees makes it a perfect escape from the hustle and bustle of Hanoi. Come to the village you can stroll around the narrow alleys, visit ancient houses or cycling around the village and green rice fields. 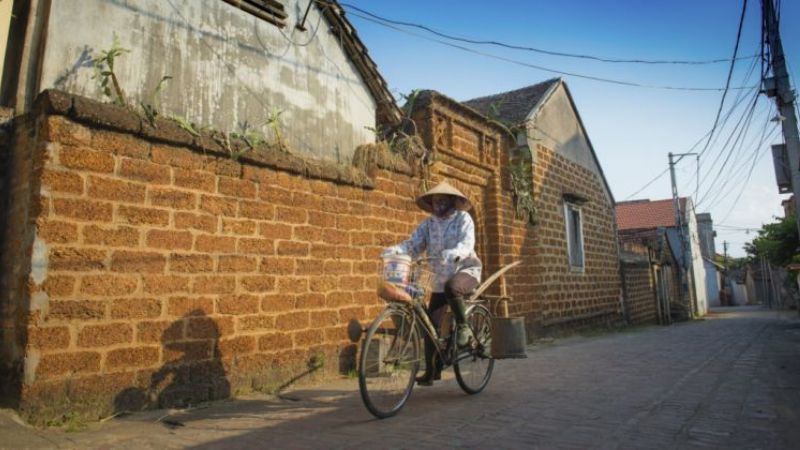 Shopping is one of the most enjoyable activities in Hanoi. Everything is available here, from indoor and open-air markets to modern shopping malls. You can find big Hanoi markets open during the day and other street stalls open during the night. If you are not interested in spending money, strolling around the markets and feeling the vibes, as well as the atmosphere of the surrounding area, is quite fascinating to do. 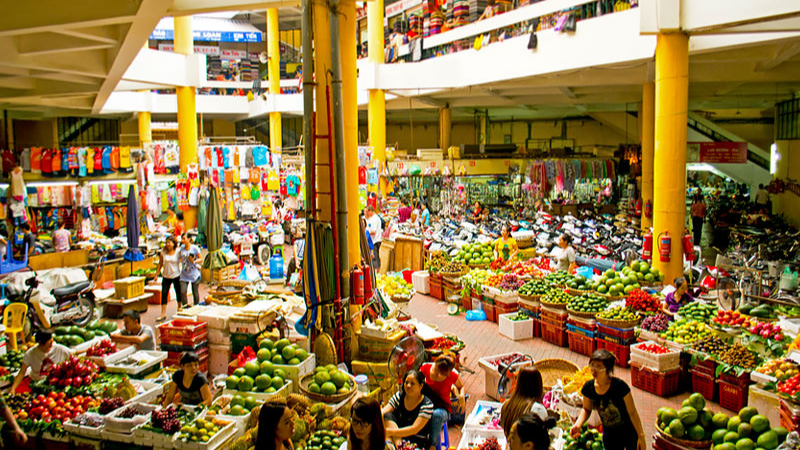 Hanoi is the city of pagodas, and the Tran Quoc Pagoda is one of the most charming ones you can visit here. Regarded as a cultural symbol by the local populace, this particular pagoda dominates over an island in the southeastern section of West Lake. The pagoda is the oldest in the city and offers a glimpse into the Buddhist religion through architecture, engravings, sculpture, and artifacts. Visiting Tran Quoc Pagoda in January, you can see how alluring the pagoda is decorated, with many colorful flowers and kumquat trees.

Tips for traveling to Hanoi in January

In addition to this, remember to drinks water to stay hydrated and use sunscreen to avoid harmful sun rays. Ultraviolet radiation is strong during the daytime, even it's wintertime.

As a result of the Vietnamese Lunar New Year, which could occur by the end of January, prices might increase as well as certain shops and attractions might be closed during the holiday, so tourists are advised to check the lunar calendar and plan their travel accordingly.

With its average temperature ranging from 14°C to 21°C, it should be fine if you are familiar with freezing sub-zero degrees and snowy climates at the same time in your home country. However, don’t be misled by the temperature range because winter here is much more chilling with high humidity at 70%. Even on a sunny day, it can be freezing cold! Therefore it is wise to bring a thin coat with you, or several thin sweaters if they don’t take too much space in your suitcase.

Additionally, A pair of shoes will not only help you to stay warm but also be more suitable for your outdoor activities all day than flip-flops or high heels. 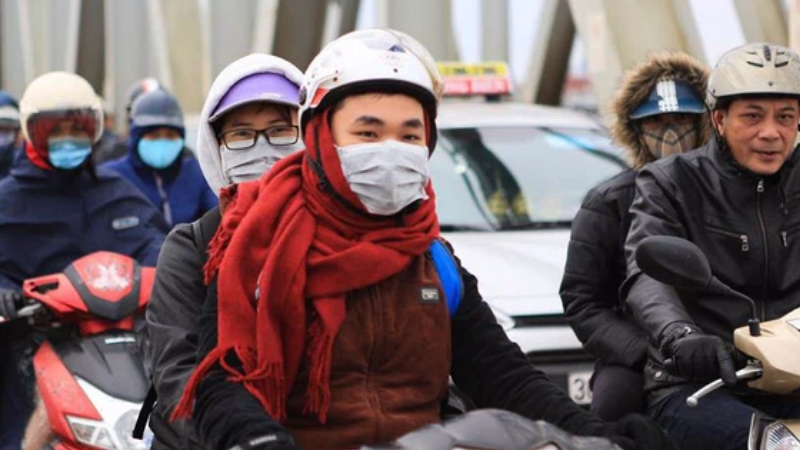 Local people bundle up for the cold weather

You can also consider bringing warm accessories such as gloves, a couple of warm socks, beanies, hats to avoid catching a cold. Don’t forget to bring rain gear as you can use it for unexpected drizzling or light rain.

At BestPrice we offer tailor-made tours through Vietnam in general and to Hanoi in particular, where you can enjoy all highlights as well as amazing cultural experiences. To get started, visit our Hanoi Tours for more information.

You might also want to read about Hanoi weather in February. 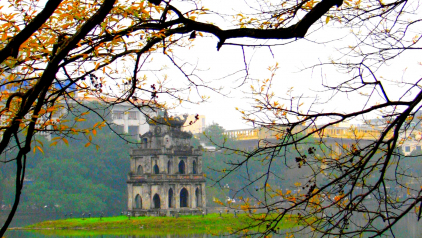 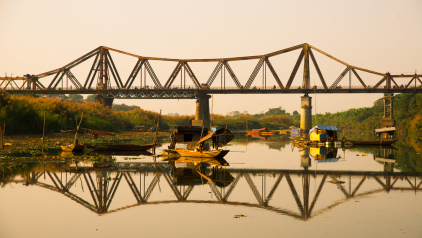 What is the best month to visit Hanoi?