The Ho Chi Minh Mausoleum (Vietnamese: Lăng Chủ tịch Hồ Chí Minh) is a large memorial to the Vietnamese leader in Hanoi. It is located in the center of Ba Ðình Square, which is the place where Ho read the Declaration of Independence on September 2, 1945, establishing the Democratic Republic of Vietnam.

Construction work began on September 2, 1973, and the structure was formally inaugurated on August 29, 1975. The mausoleum was inspired by Lenin's Mausoleum in Moscow but incorporates distinct Vietnamese architectural elements, such as the sloping roof. The exterior is made of gray granite, while the interior is gray, black, and red polished stone. The mausoleum's portico has the words "Chủ tịch Hồ Chí Minh" inscribed across it, meaning "President Ho Chi Minh". 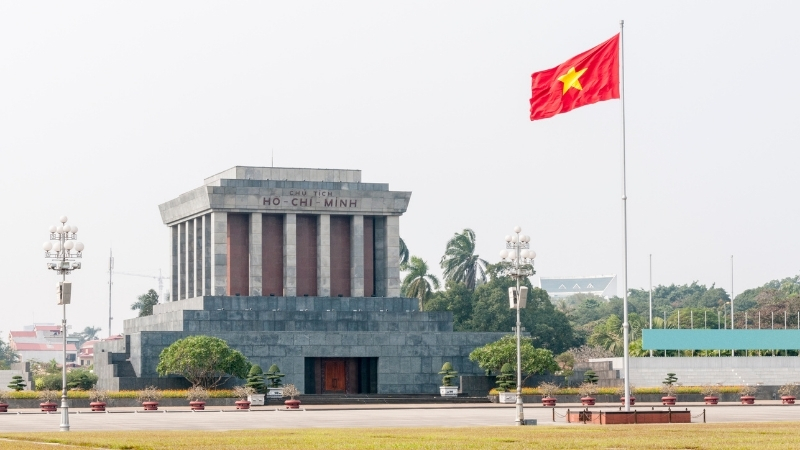 In his will, Ho Chi Minh stated his wish to be cremated and to have his ashes scattered in the hills of north, central, and southern Vietnam. He said that he preferred cremation because it would be "more hygienic than burial and would also save land for agricultural purposes". The mausoleum was built in spite of his wishes.