If you have the opportunity to travel to Thailand in November, you should visit Surin - Isaan in Northeast Thailand to participate in the elephant show festival. It is a very famous festival that is one of Thailand's unique cultures to honour elephants and the people who train their companions.

Surin is located in Isaan province in Northeast Thailand, about 450 km north of Bangkok. People living in this area have been known as elephant catchers who are experts passed from generation to generation. The people living in the area now catch elephants in Cambodia and bring them into Thailand. Interestingly, Surin is also famous for Thais as more than 6,000 foreigners come to live here - mostly men who marry Thai women.

Elephants are closely associated with Asian culture, especially to Thai people. Images of elephants appear almost everywhere on the land of the Golden Temple, from streets to shopping centres, from palaces to government buildings, from movies to inside temples. That's why every year Thais organise a Surin elephant festival to honour this animal, and in it accept the mahout - their companion.

Also, to avoid misusing this smart animal for hard work, most elephants now in Thailand are used for tourism. The elephants are well cared for, have health monitoring books, are treated humanely and skillfully exploited to serve visitors. In northeast Thailand, the Surin region is the most famous region for elephant rearing and training. 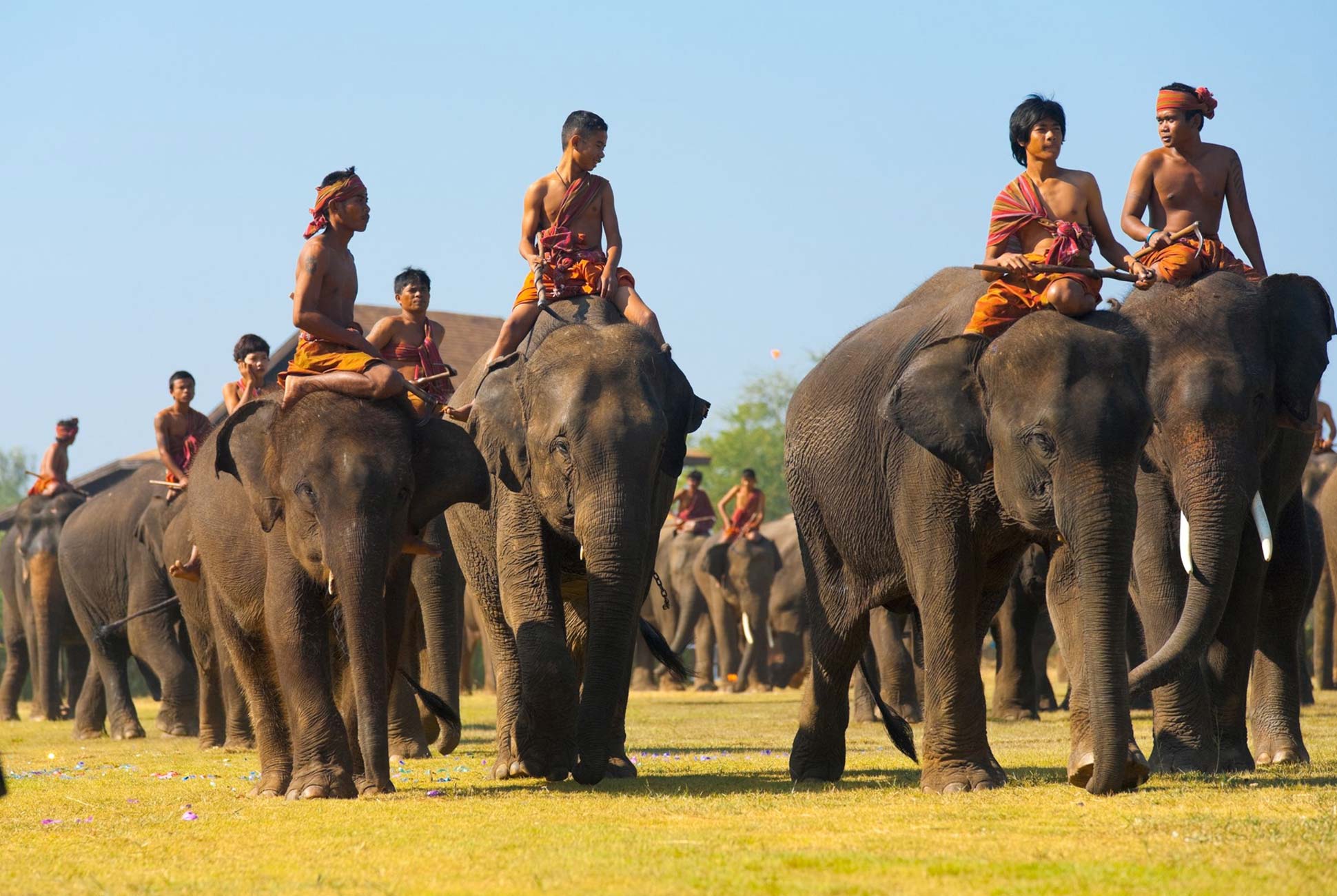 A grand feast for giant friends

Surin Elephant Festival, with the appearance of more than 300 elephants, is a vivid picture that recreates the lives of the elephants. Those are elephant games like a soccer game with elephants and dragging games. There is also a buffet for mischievous elephants, a long wooden table full of foods that they love. Since the commercial logging industry in Thailand collapsed in the 1990s, the Tourism Authority of Thailand has been supporting local events that bring tourists to see elephants, not to hurt them. The Surin Elephant Festival is one of these events.

Taking place on the 3rd weekend of November every year, the festival starts on Friday morning. In the early morning, the whole herd of elephants began to walk down the street. Some elephants carry local officials, some bring their mahout and are dressed in traditional Thai costumes. Parading through the city, the elephants head to the centre for the opening ceremony. Perhaps, this is the part that the elephants participating in the Surin festival are most looking forward to: the vegetable buffet. Their favourite fruits such as bananas, sugarcane, pineapples, corn, etc. are beautifully arranged on nearly 100 tables. Through the festival, we not only see the daily life of the largest terrestrial animal on the planet but also perceive the message of peaceful life between humans and wildlife. 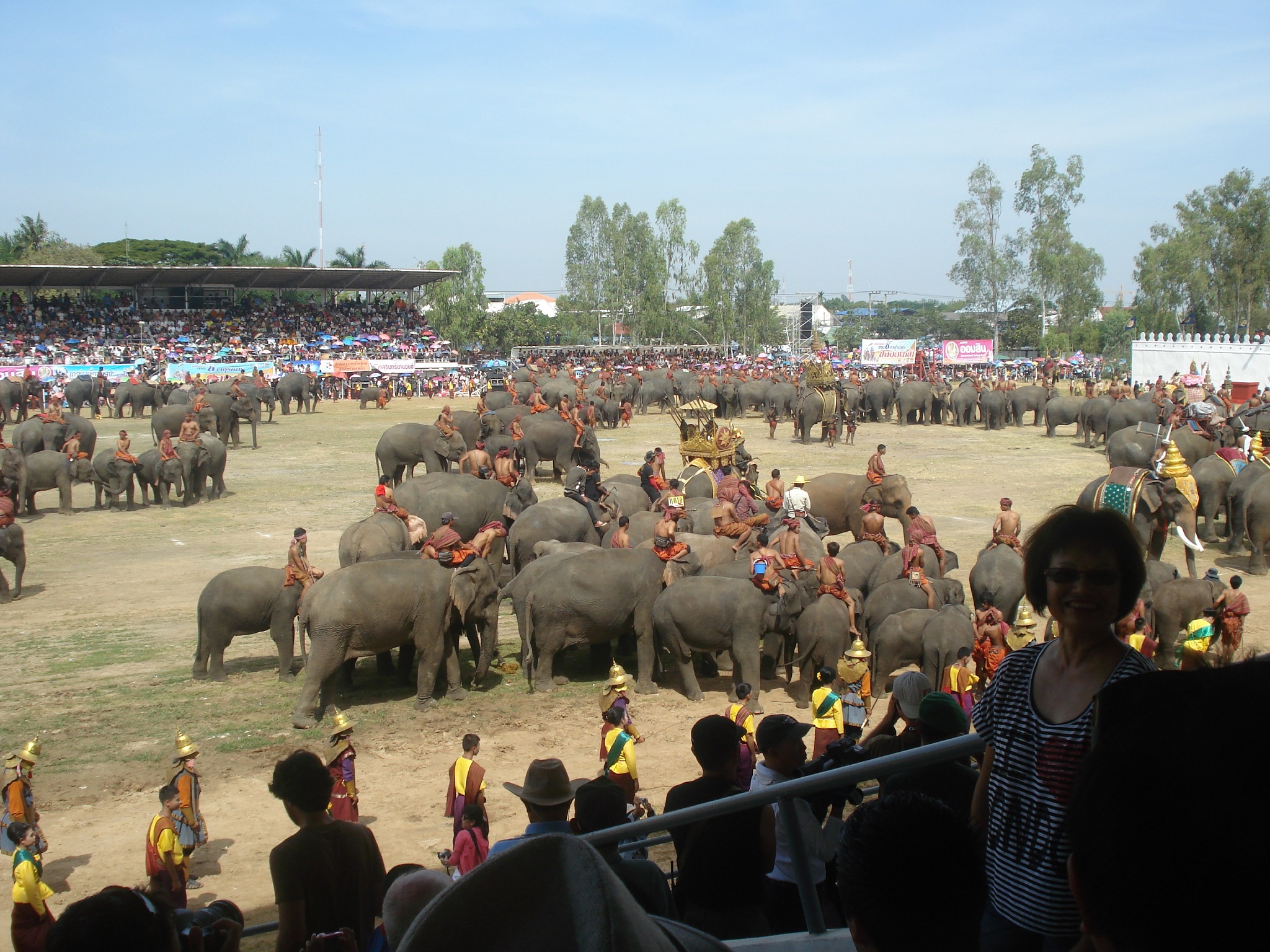 On Saturday, elephants are led by their mahout to the city's football stadium, and here they will take part in a famous Thai mock battle. This is the central repertoire of the festival, with men dressed in traditional Thai army clothes from hundreds of years ago and recreating the conflict between the Ayutthaya army and Hong Sawadee.

Before the 18th century, elephants in Southeast Asia were considered the primary war machines. A Thai king has, on average, more than 20,000 trained elephants. But unfortunately, our elephants today are only used to transport tourists to visit the country.

The Surin Elephant Festival is a unique event if you travel to Thailand, you can see not only pictures of elephants but also people in traditional Thai costumes. The excitement of the festival will surely delight you! The elephants made by their mahout go to the city's football stadium, and here they take part in re-enacting a famous Thai battle, followed by a football game full of excitement with players are enormous elephants.

Besides, school groups and community groups also took part in the parade, most wearing traditional Thai costumes. Here, visitors will also see traditional Thai dance and listen to Thai classical music, as the villagers will play musical instruments and dance as the procession weaves through the town. 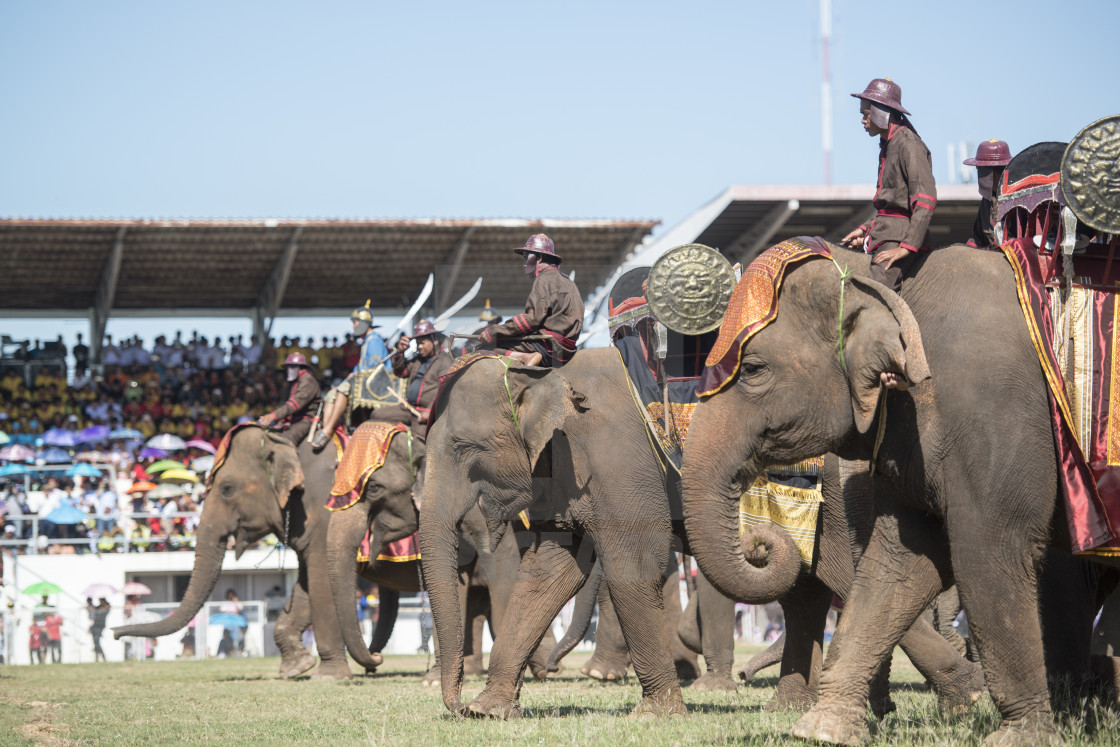 The Surin Elephant Festival expresses the message of loving life between people and wildlife. That if you know how you'll turn them into a friend and tell the value of preserving wildlife.

Participating in the unique Surin Elephant Festival as well as other traditional festivals of the beautiful Thai country, surely visitors will have a meaningful and profound understanding of "Land of Golden Temple".

Coming to the Surin Elephant Festival, you will have a meaningful trip and deeply understand the culture of the country of the Golden Temple. And don't forget there are other exciting things to see in Surin and the surrounding area - temples, fairs, Thai handicraft villages, ancient ruins, Khmer Temples and more.

Join our Thailand tours and excursions in the occasion of Surin Elephant Festival to enjoy the exciting festival in the country. 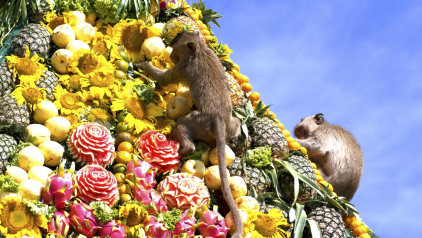 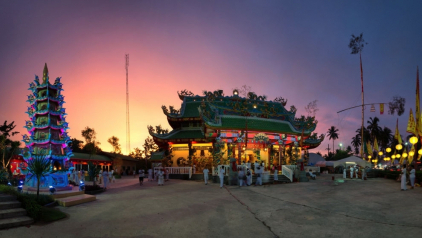 All You Need to Know About the Phuket Vegetarian Festival 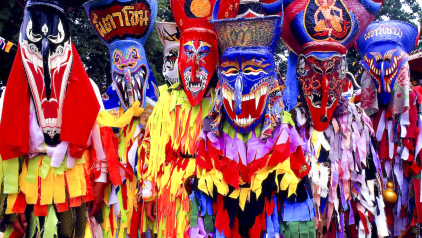