All You Need to Know About the Phuket Vegetarian Festival

Referring to festivals in Thailand, people often think of the Songkran Water Festival or Loy Krathong Festival and Yi Peng Sky-dropping Festival. However, very few people know that there is another Thai festival that is equally famous, taking place in Phuket every year: Phuket Vegetarian Festival.

The uniqueness of Phuket Vegetarian Festival

The Phuket Vegetarian Festival takes place every year, in the 9th lunar month. The Thai believe that the vegetarian festival, along with its sacred rituals, will bestow good luck to those who follow the rules of this ritual.
During the nine days before the festival, devotees followed a strict diet as well as some other rules with faith for the gods and the divine power granted to them. In addition, the festival also has some harsh rituals such as walking barefoot on hot coal or using sharp objects to pierce the cheek. 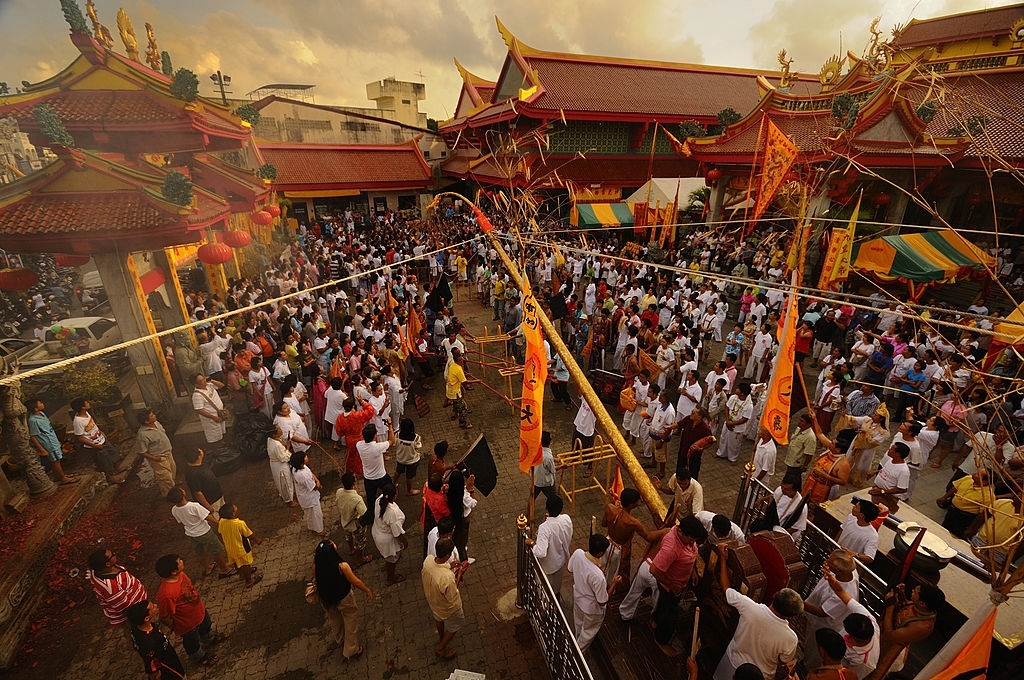 The vegetarian festival in Phuket was born nearly 150 years ago in Kathu district, the home of the majority of Chinese tin miners in Phuket. This event is the faith of the Chinese community on the island that if they abstain from eating meat and other stimulants in the ninth lunar month, they will help them to get health and peace.

The festival is famous for its extreme and macabre rituals. So far, the history of the festival is not clear. Still, there is a theory that the festival came out of the story. A group of Chinese opera people wandered around performing, and someone died from malaria when acting on the island. After that, they decided to follow a strict vegetarian diet and prayed to the Nine Gods to purify the mind and body. To everyone's surprise, the cast fully recovered.

These people thanked them by organising a festival to honour the gods as well as express gratitude and happiness when they survived the deadliest epidemic in the 19th century. Later, the growing festival was increasingly held in many parts of Asia. 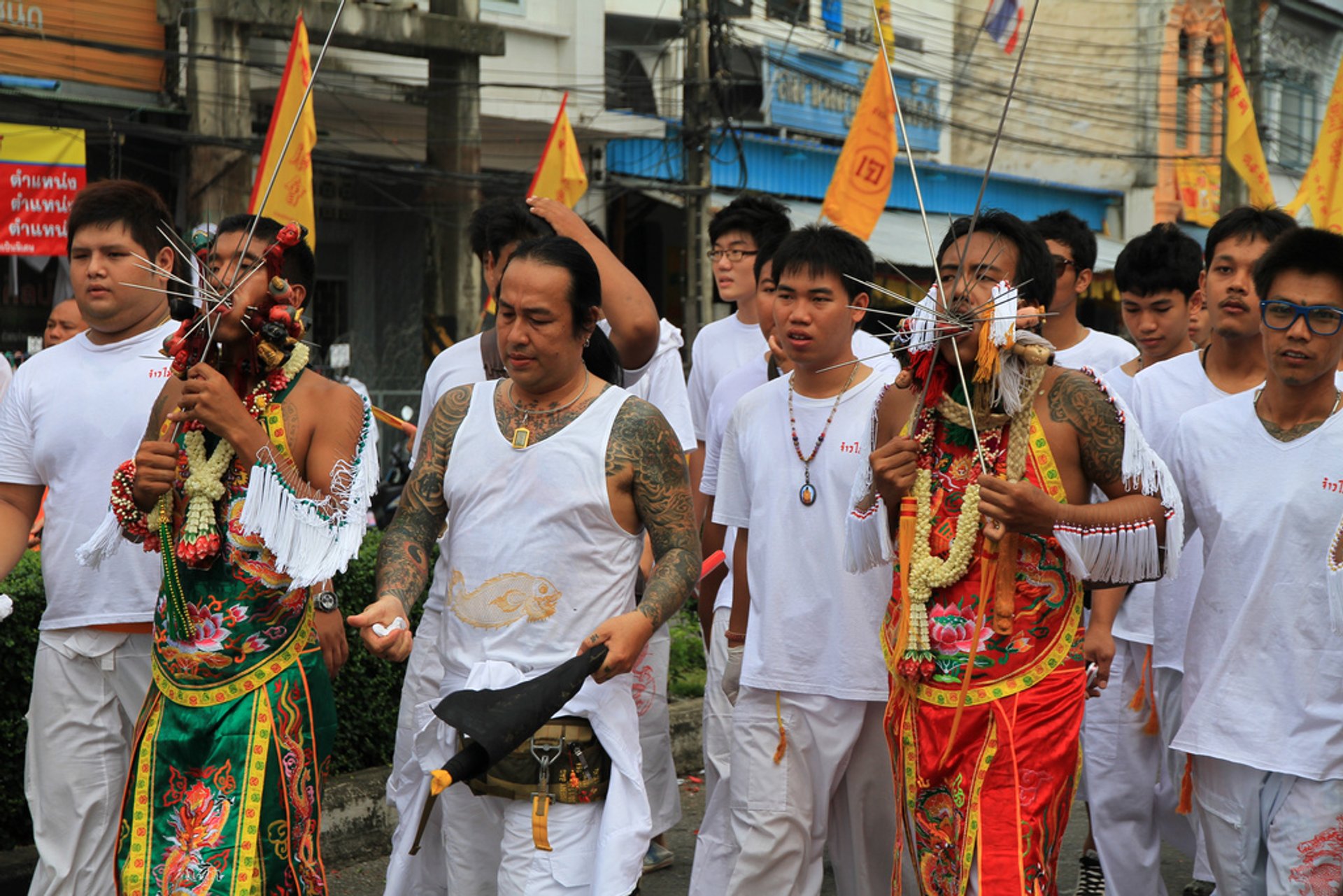 The festival is famous for its extreme and macabre rituals

What will you do at the Phuket Vegetarian Festival?

Throughout the festival are various ceremonies held to appeal to the gods. Many acts, such as piercing the body, committing suicide, etc. are performed by the participants themselves, each year being bolder than before. During the festival, both women and men pierce cheeks with different objects such as knives, skewers, and other sharp objects. It is believed that the gods will protect such people from harm, and will only lose little blood or scars from such actions.

The first event to open the festival is that people will raise lanterns - this action symbolises the announcement to the nine gods that the festival is about to begin. The lamp is at least 10 meters high and when erected, many believe that the Hindu god, Shiva, will bring spiritual power to the festival. Over the next few days, Chinese and Thais will bring their family deities along with offerings (dishes) to the temple. It is thought that the deities will receive spiritual energy from the temple these days.

On this occasion, visitors can see and also experience participating in lighting candles placed around the gods. Besides, usually, parades will take place on the street and visitors can watch the pedestrians marching. Other strange and macabre rituals are there: hundreds of people pass by hot coals, climb a sharp eight-meter ladder, etc.

In 2011, about 74 people were injured, and one died, caused by the indiscriminate use of firecrackers. Therefore when attending the Vegetarian Festival in Phuket - visitors should be careful with explosive materials.

In Phuket Town, there are more than 40 Chinese temples scattered throughout the island. Many of them are small temples, but all participate in the festival. Travellers who want to experience the Vegetarian Vegetarian festival in Phuket can visit the magnificent temples including the five oldest temples in Phuket; Jui Tui, Bang Niew, Cherng Talay, Kathu Shrine. 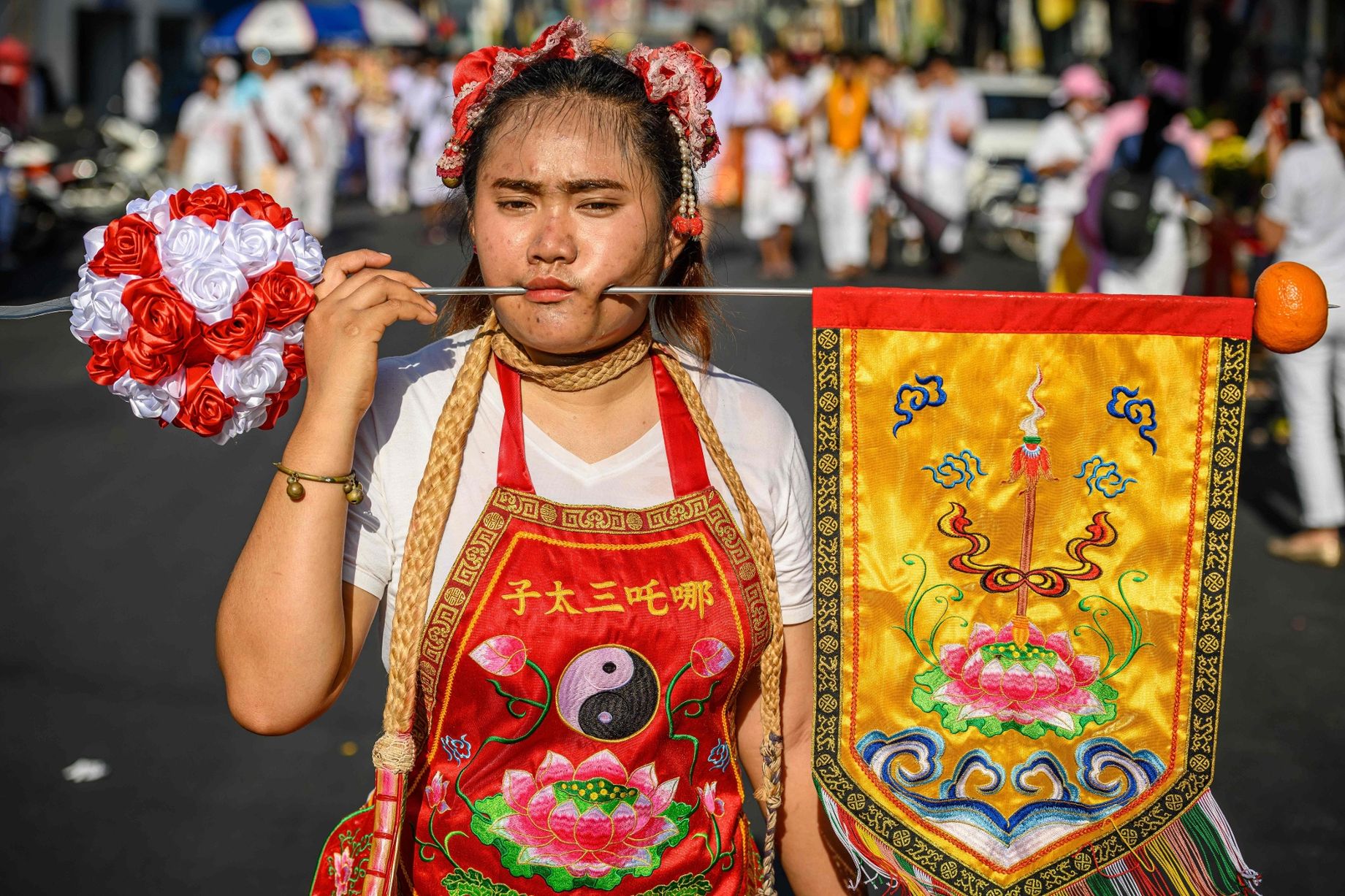 The food at the Vegetarian Festival Phuket

In addition to the impressive spectacle of the festival, visitors can experience specially prepared vegetarian dishes available at stalls and markets throughout the island during this time. Vegetarian meals are not easily distinguished from regular recipes - soy substitutes and protein are used to replace meat. To find vegetarian stalls, you can find yellow flags with red Chinese or Thai characters.

In the family, on the occasion of the Phuket Vegetarian Festival, people will make traditional dishes such as rendang, lontong, satay, ketupat rice cake, lemang, biscuits, pineapple tart cakes, etc. Specially prepared for parties with family or friends to thank and help strengthen the friendship. 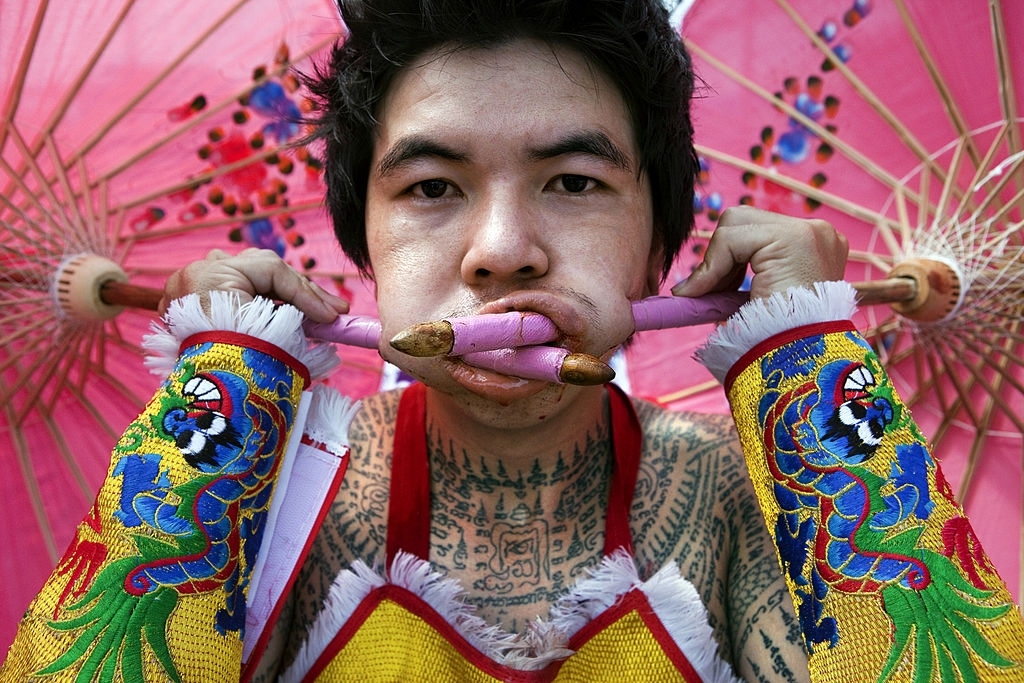 Although the Phuket Vegetarian Festival has caused some physical harm to the people of Thailand, it is still one of the most exciting festivals held by the people of this country. It attracts hundreds of millions of visitors every year. Do you want to learn about this creepy festival yourself? Book a tour to Phuket during the festival month and get a deep insight of Thai culture. 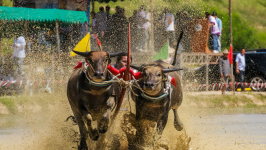 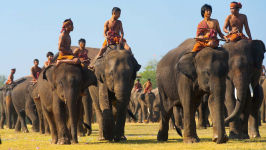 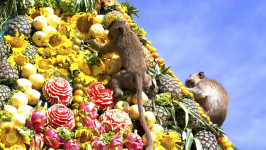 6 Ways to Get a Cheap Flight to Thailand