Buffalo is a symbol of Thai agriculture and rural life in Thailand. Among thousands of Thai festivals, Wing Kwai Festival is an interesting buffalo racing festival for Thai people.

Buffalo racing festival, known as Wing Kwai Festival, is an annual event held in Chonburi province. This special festival marks the end of the rainy season and the beginning of the harvest in Thailand. This tradition has lasted more than 140 years. Hundreds of farmers in the region bring the healthiest buffaloes to the festival with the desire to win.

Chon Buri is a coastal province located closest to Bangkok on the east coast in Gulf, Thailand, just 80km from the capital. This is a province of ​​beautiful nature, featuring sparkling beaches, local traditions, peaceful space, and fresh seafood. This is a popular coastal province not far from Bangkok, easy for a weekend trip to relax at the beachfront resort of Pattaya. The quiet small town of Chonburi is a popular destination for Thais and foreign tourists. Chonburi is also a center of the East Sea Development Project with industrial parks and fishing villages.

Chonburi's most famous beach town is Pattaya, one of Asia's most attractive beach resorts, suitable for family, couples, and solo travel packages. Both Pattaya and other towns in Chonburi feature a wide range of hotel and motel services ranging from luxurious beach resorts to simple guesthouses. Dinner with seafood is one of the attractions in this area, although other sports are equally attractive such as golf, fun activities on the beach. 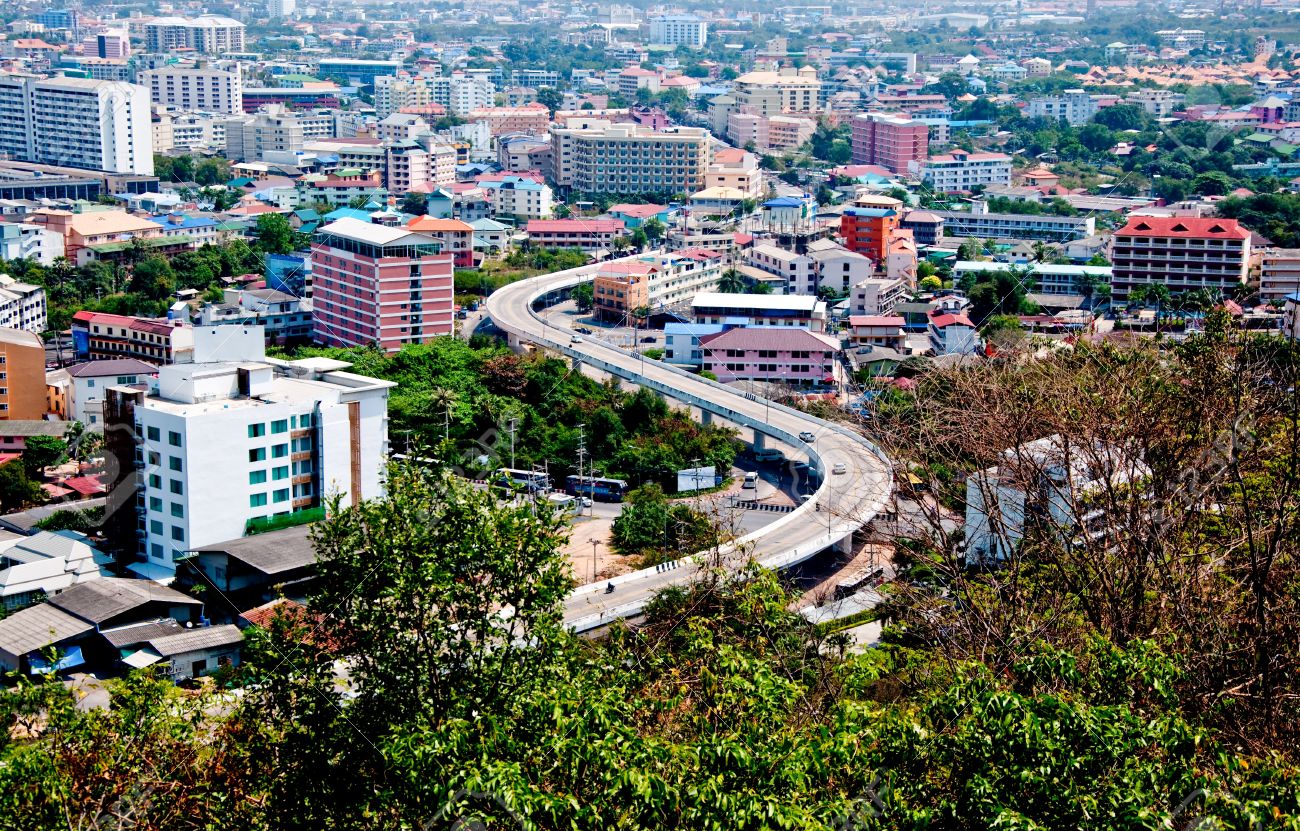 History of the Wing Kwai Festival

The buffalo racing festival is one of Thailand's most unique festivals. In fact, this festival is one of the traditional activities in the Chonburi province of Thailand. The annual festival has existed for more than 140 years and now, the festival has expanded its participation to foreigners. The race extends about 100 meters, players will have to take off the ceiling and sit on the back of the buffalo in the cheers and cheers of the excited crowd.

The festival originated in the 19th century when farmers wanted to express their gratitude to the animals who worked with them in the field. Before the festival takes place, buffaloes will be well trained on a model race to get acquainted. Locals think the festival will remind young people of the importance of the buffalo to farmers. The event took place with the purpose of honoring buffaloes that contribute to Thai agriculture, the world's largest rice exporter. 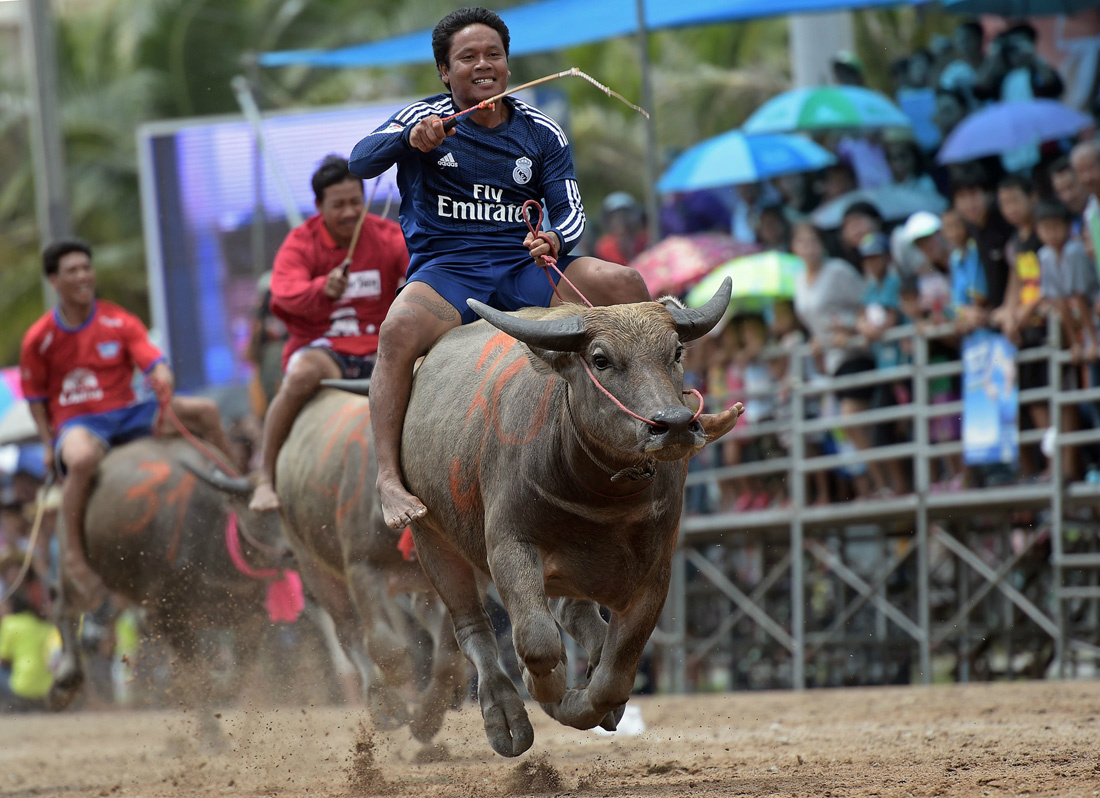 Buffalo racing festival, also known as Wing Kwai Festival, is one of Thailand's most unique festivals

Every October, tourists and Thai people come to Chonburi province, 80 km southwest of Bangkok to observe the traditional buffalo festival. To be fair competition, buffaloes will be classified according to size, including 5 categories from "super small" to "giant". The race takes place on a straight dirt road, more than 1,000 meters long, in a drag racing style (the race at a short distance, usually only 2 people/car/buffalo compete).

A water buffalo can weigh up to 1 ton and controlling this animal is not an easy task. The riders, meanwhile, had no accessories except a piece of rope and a whip. The maximum speed that a buffalo can reach is about 50 km/h. This makes balancing on the back of this animal very simple, and only experienced riders can control these buffaloes.

“To become the winner, the buffalo and its owner must run and complete the race. If he falls, he will lose,” said Jai Indramaporn, a 73-year-old farmer. During the race, the buffaloes will have to carry plows and be tied to their owners via a rope.

The fact of the matter is that to participate in the festival, the buffaloes selected must be healthy, large, cared for with special regimes, even drinking beer. Participants will take a fairly long time to select, care and control the buffalo with good health and proper characteristics.  The winning buffalo can be sold for around 9,000 USD.

According to the experience of the buffalo driver for a long time, a beautiful, qualified buffalo must be male, of good health, thick fur, shiny black, with broad brisket. After serving agriculture, buffaloes are selected, trained, and competed at the festival. When the exciting and exciting battles end, the winning buffalo will be honored and the buffalo owner will receive a great encouragement reward. Join the Thailand buffalo fighting festival, visitors will be living in the exciting atmosphere of the gongs, and cheers of the surrounding audience. 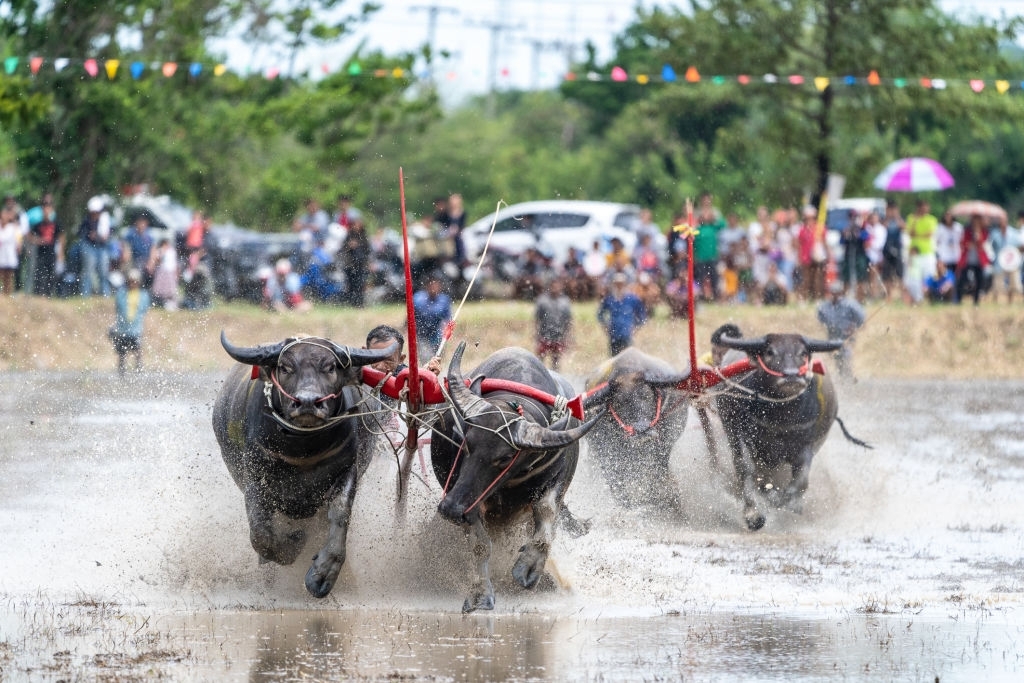 A water buffalo can weigh up to 1 ton and controlling this animal is not an easy task.

In addition, there are also many other activities such as Thai muay performances, fairs, makeup and beauty contests for buffaloes, etc. Although the buffalo racing festival is hard to compare with races like Ascott, Melbourne Cup, or Kentucky Derby, this is a monumental festival and worth seeing in Chonburi every year. Go to Bangkok and enjoy the excitement of the Wing Kwai Festival in Chonburi province.