Located on the Ayeyarwady River, 20 km to the southwest of Mandalay on the opposite bank of the river, Sagaing with numerous Buddhist monasteries is an important religious and monastic center. The pagodas and monasteries crowd the numerous hills along the ridge running parallel to the river. The central pagoda, Soon U Ponya Shin Pagoda, is connected by a set of covered staircases that run up the 240 m hill.

Sagaing is the main city, the capital of Sagaing region in Myanmar. The city is located on the banks of the Ayeyarwady River, 20 km southwest of Mandalay city. Sagaing is a religious center with numerous Buddhist temples and monasteries. This city was once the capital of Burmese royal during 1760-1764. Sagaing posesses countless of famous destinations, all of them make this city an interesting place to visit.

The first famous spot to visit is Sagaing Hill. This destination is surrounded by forests and stupas, which makes it very quiet, and it is also a place where many monks gather to cultivate. The mountain roads of Sagaing Hill are very steep, which is ideal for tourists to observe endless of stupas of all sizes, at every corner. It is said that there are more than 500 stupas and temples among the mountains, and up to 6,000 monks practicing Buddhism here. Tourists will have an opportunity to catch monks resting or chanting at any time on the road. The hill is also well known for a semicircular temple in the middle of the mountain. There are even more than 30 Buddha statues within a very small area. Tourists will surely be overwhelmed by the surrounding walls carved with Buddhist scriptures. 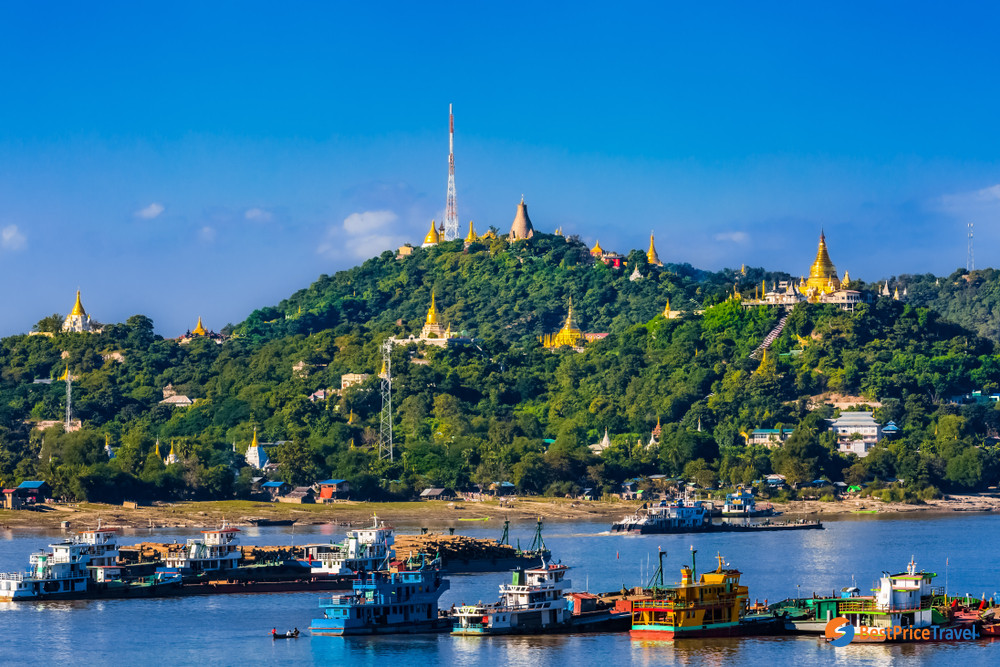 The second worth visiting destination in Sagaing is the Kaunghmudaw Temple. Kaunghmudaw is located west of Sagaing Hill. It was built in 1936 to commemorate it was the capital of the Inwa dynasty. The shape of the temple is a replica of the one in Sri Lanka. The golden head is round, similar to the breast, so it is also called the "milk tower", and the design inspiration is thought to come from the queen's chest. The temple was once milky white. Until recently, local authorities felt that yellow could reflect the beauty of the temple, so it was redesigned with gold paint. 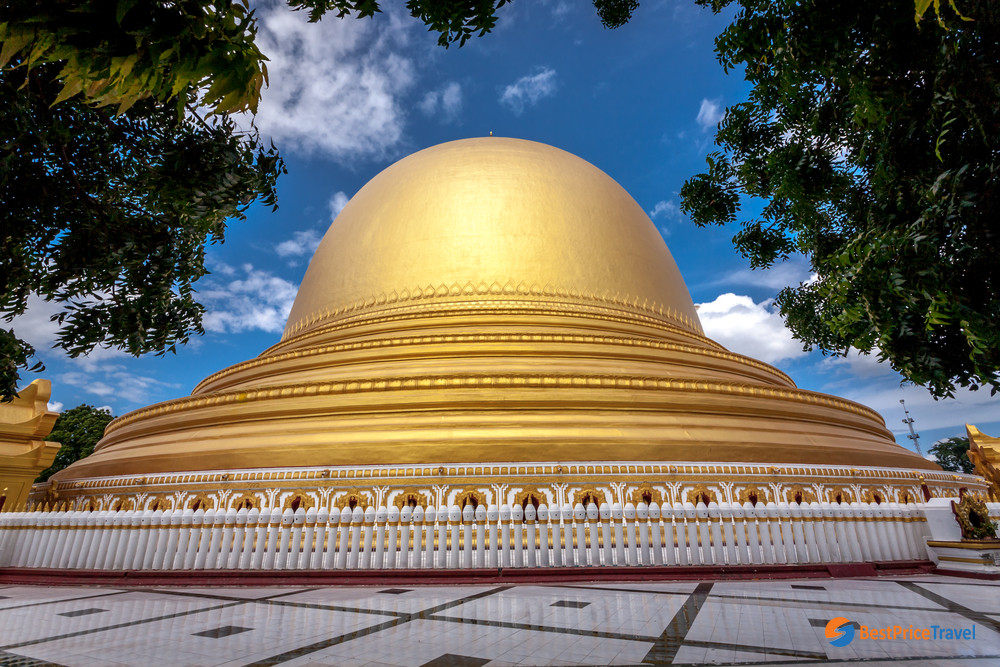 Inside the stupa, like many other temples, the sections and columns are encrusted with colored enamel, and the Buddha statue stored in the center is said to have the same weight as the King of the Dragon. There are 800 oil lamp columns outside the tower, but now they are no longer used but changed into fluorescent lamps. These factors also make the temple ideal for a romantic shot by any amateur or professional photographers. 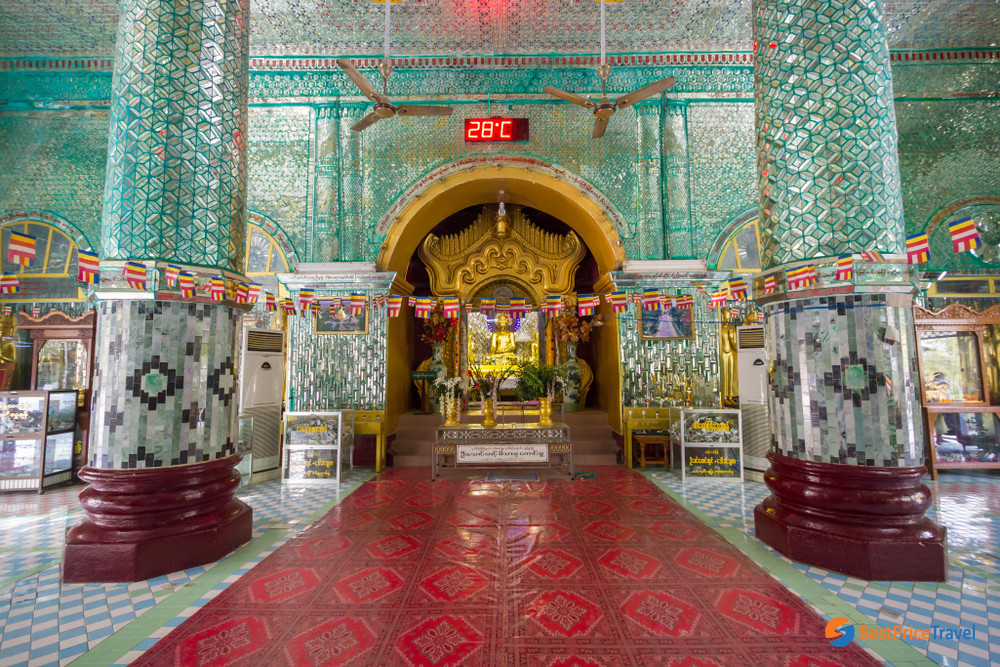 The interior of Kaunghmudaw Temple

Next to Kaunghmudaw is the Guanyin temple built by the Chinese living in Myanmar. It was constructed in 1773 and funded by jade merchants from Yunnan. The temple is engraved with the names of more than 5,000 overseas Chinese. One special thing about the temple is that there are still some marks of Kang Youwei Scholar after the failure of the Reform Movement in 1898. 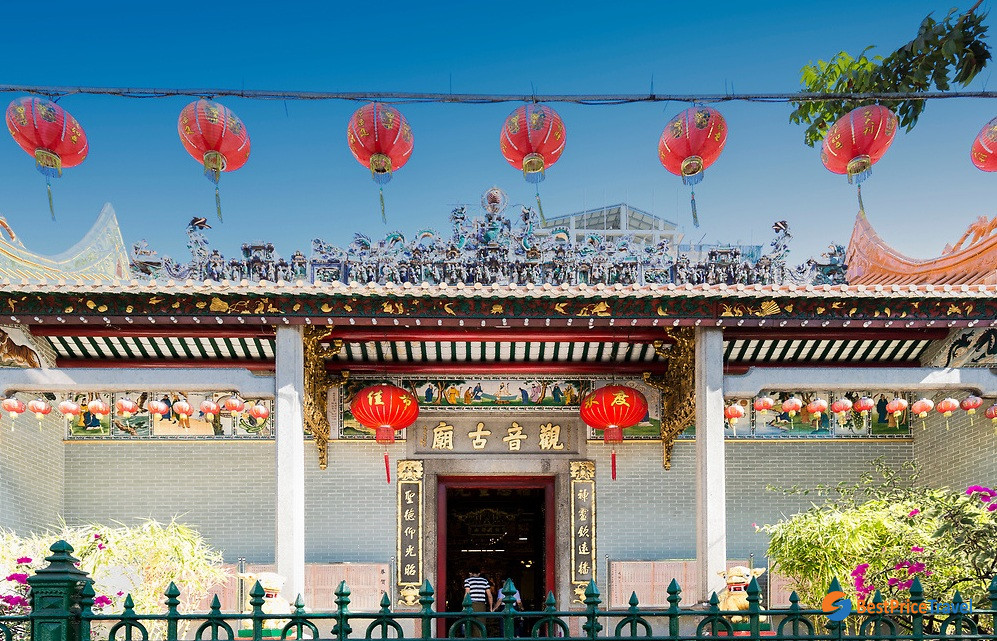 The next famous place is Hsinbyume temple. The temple took its name from a queen, Hsinbyume. The uniqueness of this temple is it dazzling white color theme. This building was built in 1816 with the architecture model based on the Sulamani temple on the Meru mount with seven corridors surrounding the mountain. Tourists will fall in love with the beautiful, pure white and photogenic charm of this temple. According to Buddhist mythology, the lower part of the temple was built as a representative of the Meru mount and 7 concentric bells represent the seven mountain ranges that lead to Meru mount. 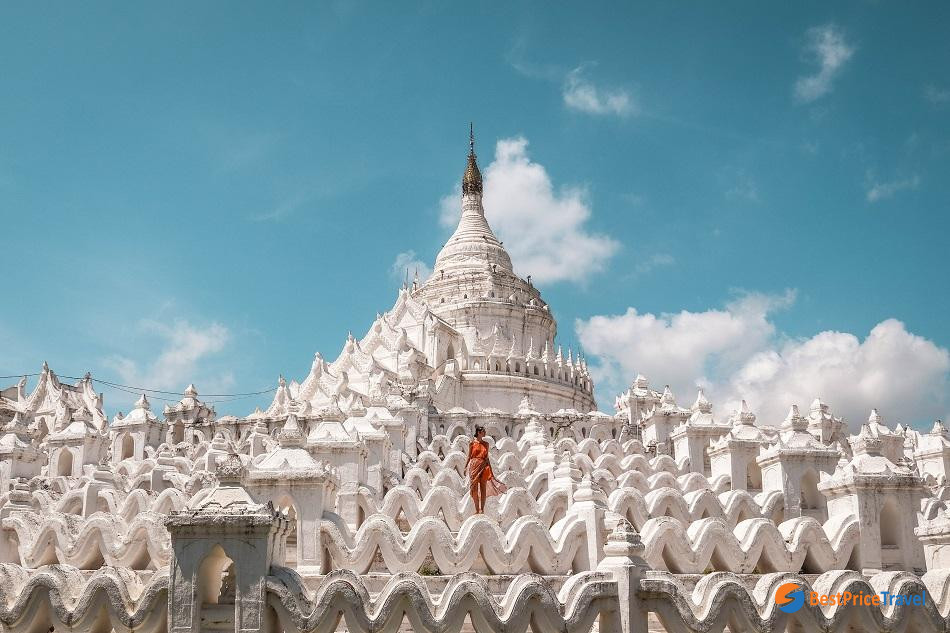 The 16-meter Ava Bridge built by the British connecting Sagaing with Mandalay, is also a prominent tourist attraction. Another location near this city is the Mingun bell which is said to be the largest bell in the world, weighing 90 tons. The bell location is not so far from the Pahtodawgyi stupa. The special thing about this bell is that it is the only intact hanging bell in the world after the big bell in Russia broke. That is why the Burmese respect and protect it very strictly. Through this, tourists can get to know the culture, personality and nationalism of Myanmar very clearly. Made in 1808 by King Bodawpaya, the bell is mainly used for worshiping purposes. Beside all of the mentioned destinations, Sagaing is also famous for Sagaing Education Institute and Sagaing Education College. 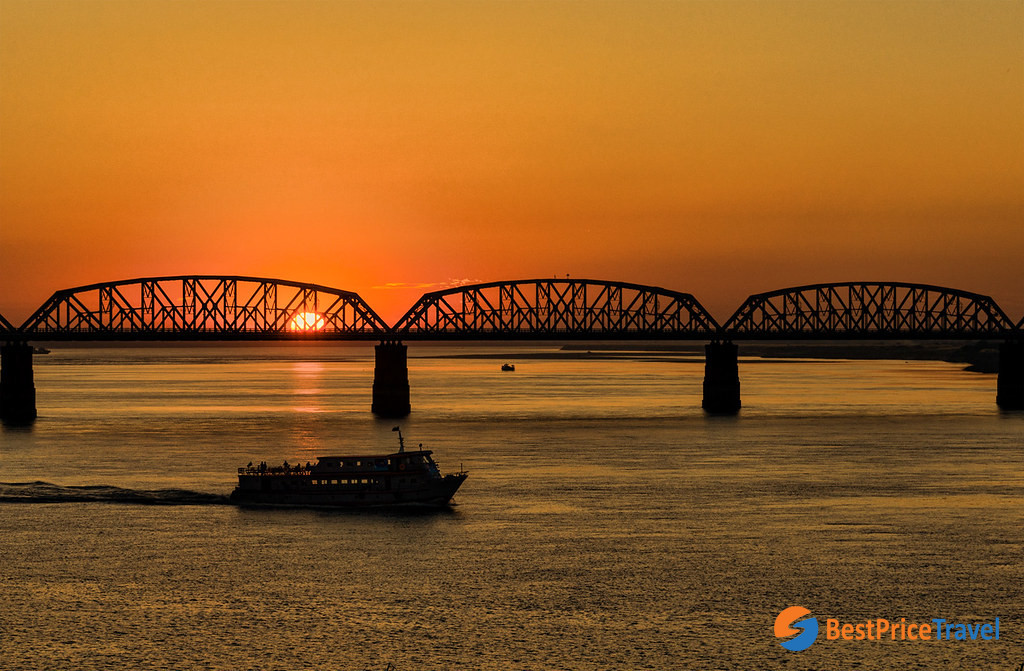 Just like any other Myanmar cities, the best time to visit Sagaing is from November to February next year.

Other attractions in Mandalay