Van Mieu - Quoc Tu Giam or Hanoi Temple of Literature is considered one of the tops of the historical and beautiful sightseeings of Hanoi.

Unlike another religious temple, the Temple of Literature is considered to be the first University of Vietnam. Nowadays, the temple is not only a historical attraction but also attracts many candidates, students coming to pray for their studying career. 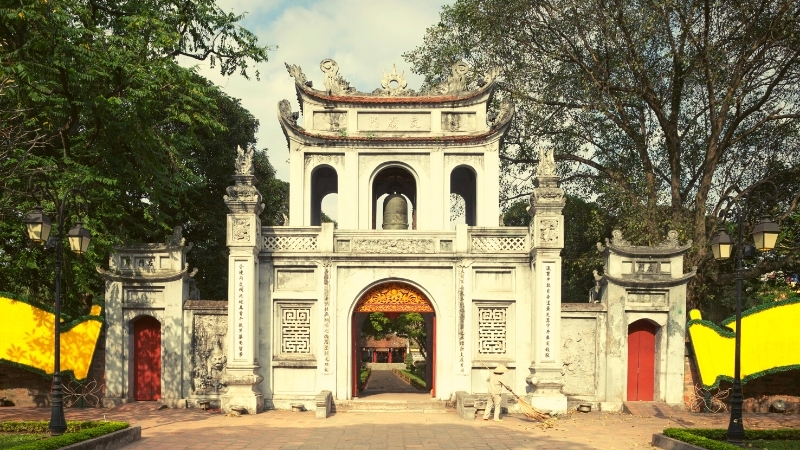 Founded in 1070 by Emperor Ly Thanh Tong, the complex was originally dedicated to honour Confucius (Khong Tu). Afterwards, it became Vietnam’s Imperial Academy – a prestigious school for top academics. Students began enrolling at the Imperial Academy in 1076. Once accepted, students took 3 to 7 years to complete the curriculum, which is undoubtedly influenced by Chinese literature, poetry, and history. Scholars had the opportunity to sit the National Exam after completion and continue to Royal Exam (which is administered by the Emperor himself).

Obviously, attending such a prestigious academy is a high honour, especially for some of the most brilliant minds in Vietnamese history who graduated from the prestigious academy. Before 1442, University admission was exclusive for Royal and noble families. Afterwards, gifted students from all over Vietnam headed to study the principles of Confucianism, literature, and poetry. In 1484, exceptional scholars’ names, places of birth, and academic achievements were recorded on standing stelae from Emperor Ly Thanh Tong’s desire. There were 116 stelae, in which only 82 ones remain standing the turtle statues. 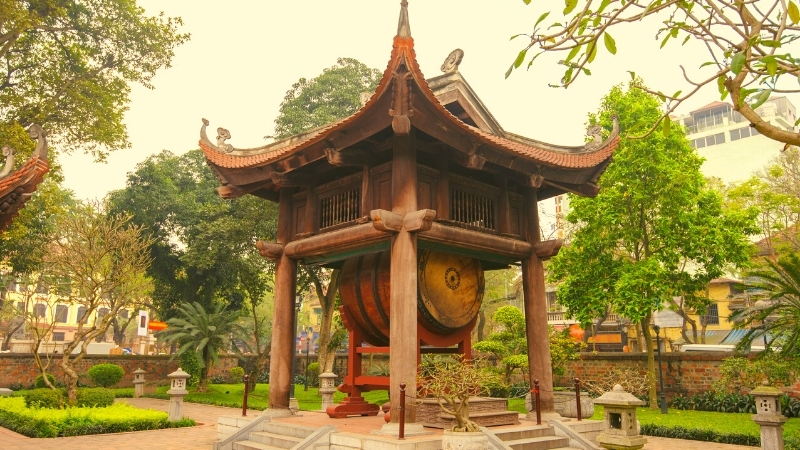 Drum Tower In The Temple Of Literature

Temple of Literature consists of 5 courtyards. The first two courtyards are brimming with the gardened landscape, where scholars would relax under large trees’ shades and manicured lawns.

The second one holds Khue Van Cac pavilion. Built on 4 white stone columns, the wooden red variation has an elaborate roof with 2 circular windows and a brass bell, which only rung on the auspicious occasion. On the other hand, the third courtyard hosts the Thien Quang well. The courtyard has 2 large halls, in which displays turtle statues carved out of bluestone, with 1,307 graduates’ names and birthplaces from 82 Royal examinations. It is believed that rubbing the heads of the turtles before exams may bring you luck. 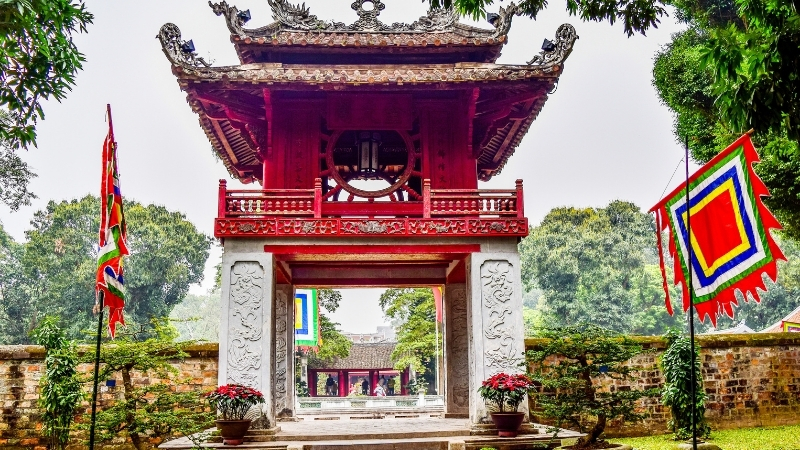 However, the turtles and stelae are now forbidden to touch for maintenance purposes. Tourists can find altars to Confucius and his disciples when wandering to the fourth courtyards. The fifth courtyard is the only area actually hosted academic activities of the Imperial Academy. It was not constructed until 1076 when Emperor Ly Thanh Tong commanded. There are many cultural events and exhibits held at this courtyard’s hall for tourism attraction.

Located in Dong Da District of Hanoi, Temple seats in the middle of 4 main crossing streets including Nguyen Thai Hoc, Ton Duc Thang, Van Mieu, and Quoc Tu Giam Street. Travellers can take bus No. 02, 23,38,25, or 41 to stop near the temple for a visit. You should show respect to the worship place by dressing conservatively. A small entrance fee (about $1) is collected for maintenance.