The Longest Wooden Bridge in Vietnam

When was the last time you see a bridge which is made of 100% wood? The wooden bridge is almost extinct because of the strong metal bridge. However, in some developing countries, you can still find some bridges made of wood, but they are quite small, not very impressive at all. But there is a very long bridge, completely made from wood in Vietnam, so If you are traveling or have a plan to go to Vietnam, you will have chances to observe and try this spectacular wonder.

Where is the longest wooden bridge in Vietnam?

The longest wooden bridge located in Phu Yen Province, Vietnam. This is a place with beautiful beaches and cozy sunshine. Phu Yen was a less-known destination with almost no tourists. But recently, the place was featured in the movie “Yellow flowers on the green grass” directed by Victor Vu. The Vietnamese won in the Best Feature Film category of the Young People’s Jury Award – Part of the annual TIFF Kids International Film Festival in Toronto. The film was also premiered at Cannes Film Festival 2015. 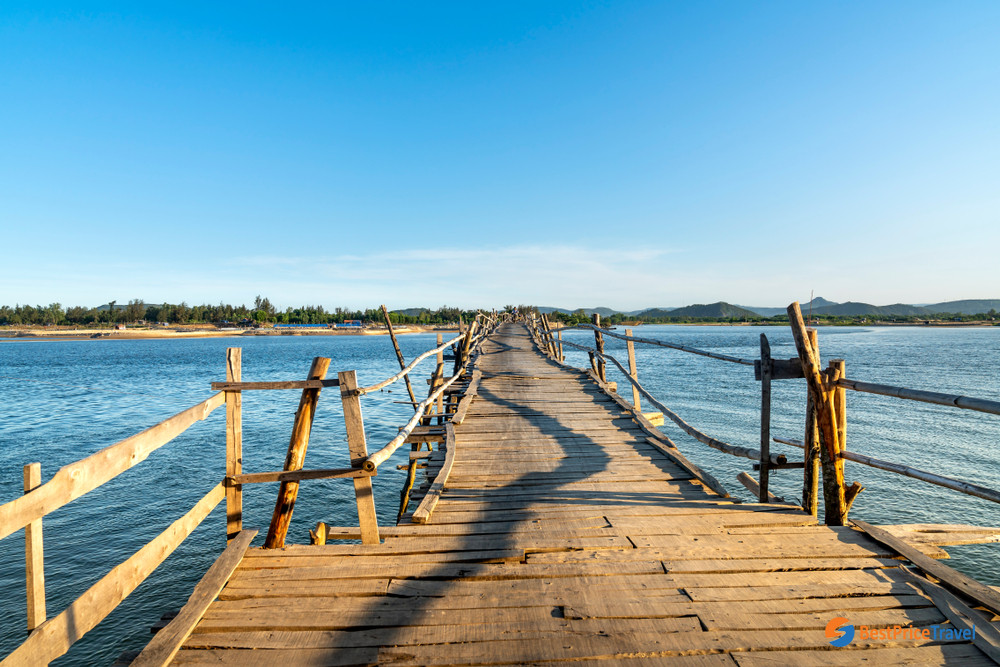 The bridge 100% made of wood looks so romantic

The bridge named Ong Cop (Tiger God) was built in 1999 with a total cost of more than 1 billion VND (approximately 65.000 USD at that time). It was built as a shortcut linking villages in the north of An Ninh Tay in Thuy An district with Song Cau town, crosses Binh Ba River. The locals named the bridge “Ong Cop” because they worship a shrine nearby to cure diseases and drive evil away. With a length of over 800 meters, this is the longest wooden bridge in Vietnam and perhaps the whole world. 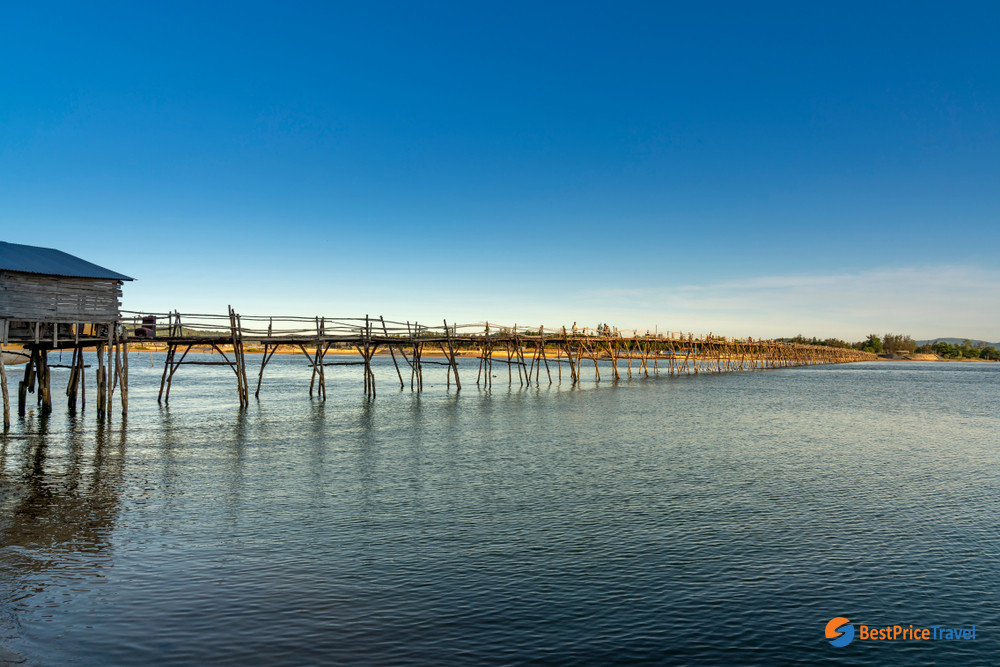 A bright star in the photography community

Ong Cop bridge for many years has been a frequent feature on Instagram and many other photo-sharing platforms in the world. This is not only an everyday route of over 1000 families but also a very famous tourist destination from all over the world. The bridge is also a shortcut to a lot of beautiful scenery in Phu Yen like Ghenh Da Dia (8km away), 120-year-old Mang Lang stone church, O Loan swarm National reserve. There is a guard tower to look after the bridge and charge the passenger. People crossing the bridge have to pay a small toll of 1.500 to 5.000 VND (about 5 to 20cents) depends on the vehicle they use, students are free of charge. “Thanks to the bridge, we don’t have to go around or take boats, it makes things much easier so I’m willing to pay. In the rainy season, we can’t use the bridge, we have to go around a very long way to get to the other side” - said a local. 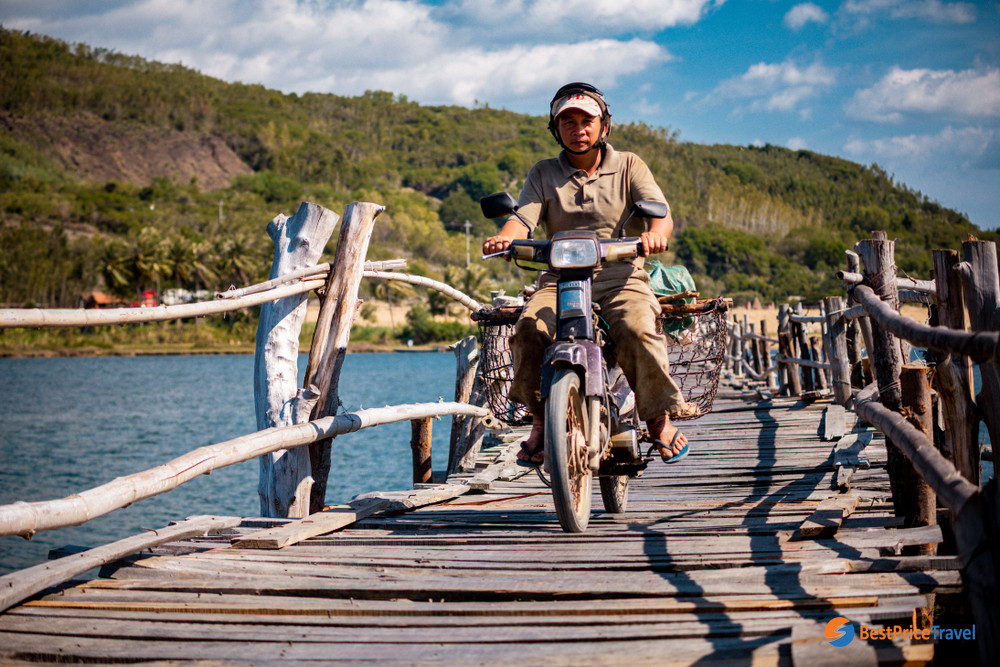 Hundreds of families depend on this bridge

Ong Cop Bridge is becoming a famous, well-known tourist destination. Crossing the bridge, you can see the crystal clear water with fisherman’s small boats or children swimming, playing on the beach. The longest wooden bridge is famous on Instagram and many big photo-sharing forums in recent years. So many people come to Phu Yen province every year to visit and take beautiful photos here on the bridge. Dusk and Dawn pictures here are classic!

There you have it, the longest wooden bridge in Vietnam. If I were you, I would hurry up because the destination is escalating quickly. LET'S GO! Before it gets crowded. 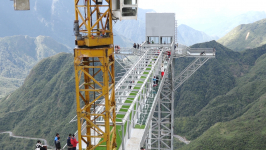 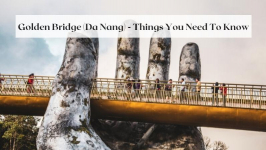 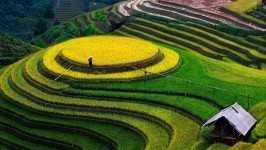