What is The Best Time to Visit Myanmar?

Choosing a good time to visit Myanmar may depend on many factors including Myanmar weather by month & by region as well as Myanmar festivals & events. Let’s find out the best time to plan a trip to the Land of golden temples.

Despite being a year-round destination, the best time to visit Myanmar depends greatly on the weather and festival season in the country. With a tropical monsoon climate, Myanmar weather is diverse by month and region. The most perfect time to go for a Myanmar trip is the cool and dry season between October and February. It is the time when the temperatures are more moderate and there is little rain. Moreover, it is also the season fraught with various exciting festivals in Myanmar.

Let’s take a look at the weather as well as the festivals in Myanmar to decide on when you should travel to Myanmar.

As a tropical country, Myanmar climate is greatly affected by the annual patterns of the monsoon. Throughout the year, Myanmar weather has been divided into three seasons: the cool season (November – February), the hot season (March – May), and the rainy season (June – October).

It is the most comfortable season in Myanmar with mild temperatures and dry weather. In the cool season, the average lows range from 15℃ to 19℃, while average highs are between 20℃ to 26℃. In some regions, the temperatures can dip down to 10℃ at night and through the early morning. End of the rainy season, occasional rains reduce gradually during the months from October to November.

Visit Myanmar in the cool season

November to February is the best time to visit Myanmar, thanks to the pleasant temperature, less rainfall, and holiday season. It is perfect to visit many destinations in Myanmar during the dry season. However, this is also the high season when the crowds of tourists and prices both surge. If you travel to Myanmar during these months, plan ahead to ensure you get the best flights, hotels, and tours of your choices.

Packing a few extra layers and a light jacket is highly recommended to keep you comfortable in the evenings or at sunrise. 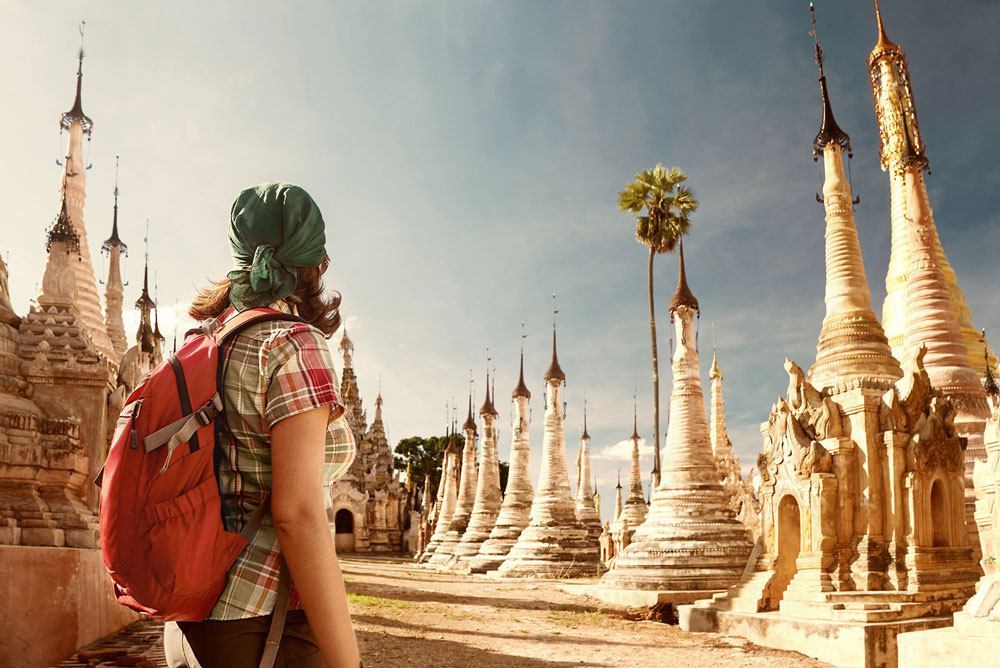 Myanmar is best visited in the cool season

When the cool and dry season ends, the hot season starts in early March with a rise in average temperatures between 27℃ to 31℃. In the central plains region, the heat may reach to 40℃. In these months, the humidity level is relatively high, corresponding to frequent short showers.

Visit Myanmar in the hot season

If you’d like to visit Myanmar during the hot season, March and early April must be great choices since it isn’t hot enough and there is a little shower. It is not recommended to visit Myanmar in May as the overheat temperature and sudden rain. However, if you don’t mind the hot climate, a summer vacation to Myanmar beaches will be a good idea.

To avoid the heat, bring a hat and sun cream/ sunblock during the hot season in Myanmar. Or else, try local Thanaka for a unique experience in Myanmar. Pack clothing made of breathable materials, such as cotton and linen. Remember to cover your shoulder and legs not to get a sunburn.

Also called ‘the green season’, Myanmar rainy season is the most beautiful time of the year when miles of green landscape cover the countryside and rice paddies.

From June to October, Myanmar weather experiences the wettest days and some of the highest temperatures throughout the year. The average highs are around 36℃ and precipitation is more common, especially in the coasts, delta, and mountains outside the central plains.

During the days between July and September, downpours occur so frequently that roads can sometimes become washed out, along with the risk of flash floods. 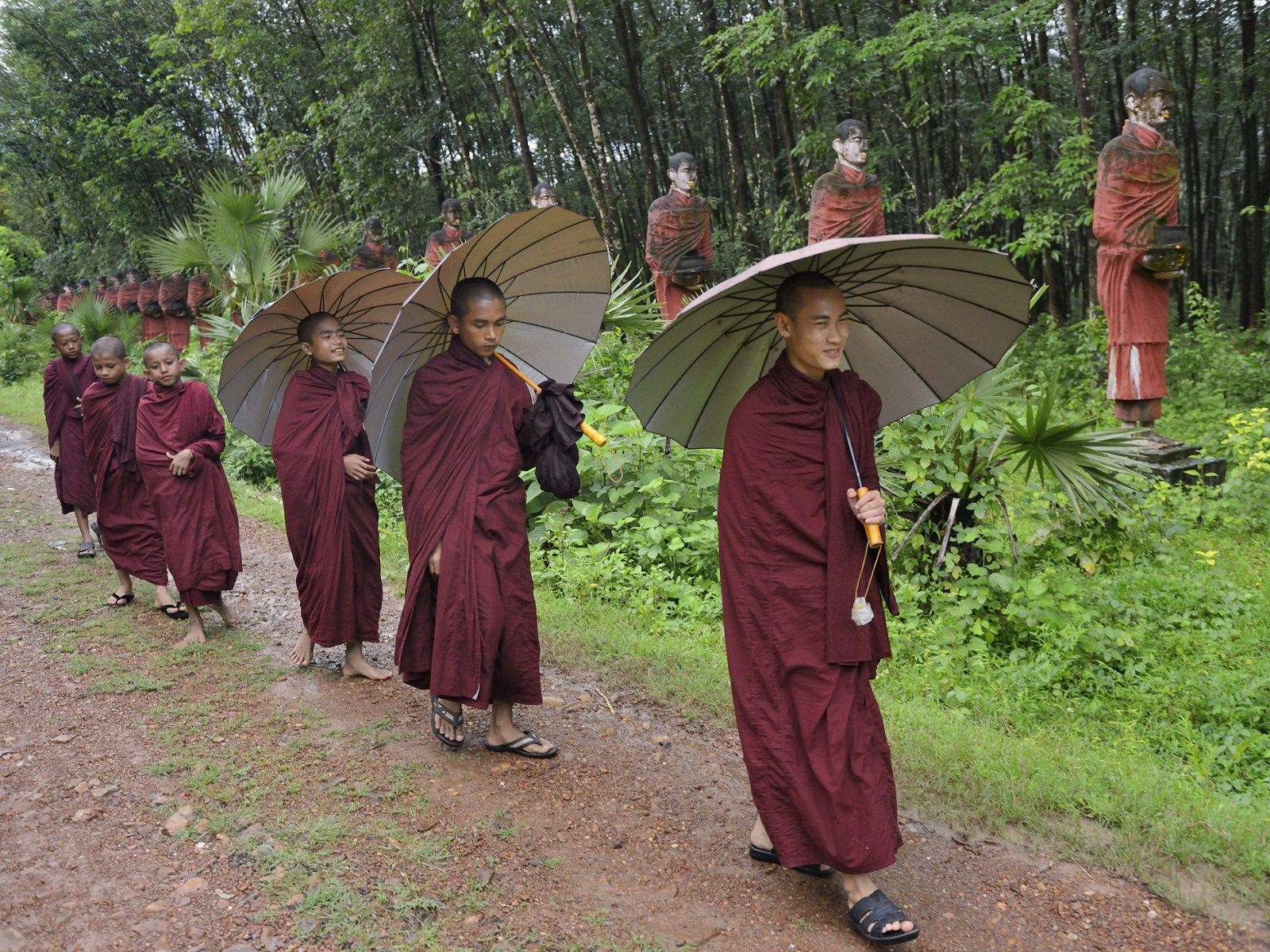 It is not recommended to visit Myanmar during the rainy season

Visit Myanmar in the rainy season

It goes without saying that traveling to Myanmar in the rainy season is not an ideal choice. However, a Myanmar trip during this time can save you much cost of traveling because of the low tourist season.

October must be a good time to visit Myanmar since the end of the rainy season sees the cooler temperatures and less rain. In other months, it would be an enjoyable experience if you plan well. Instead of visiting Myanmar beaches, go exploring the temples of Bagan, Mandalay, Inle Lake, and other destinations. In addition, arrange most of your plans in the morning when the rain is less common.

Bring along a raincoat or an umbrella for rainy days in Myanmar. You can bring slippers as the water level on the street can reach 20cm during downpours. Also, waterproof items are mandatory and you’d better pack at least 2 – 3 pairs of each item to change in case of getting wet.

Generally, November and December are the best months to visit Myanmar. If you get bored with the busy tourist season, it will be better to consider the second-best months between January and April. Then, September and October should be on your plan. Finally, it is not recommended to visit Myanmar in the summer months of June, July, and August.

January is one of the driest months and coldest months of the year. It is warm and comfortable during the day. The average temperatures are around 25℃ and humidity levels range around 60%.

February is relatively dry (the humidity is around 65%) with almost no rainfall. You will feel warm during the day (approx. 27°C) and cool at night (approx. 22°C).

March experiences a rise in temperatures (the average of 29°C) but doesn’t expect rain despite the humidity closing to 70%.

April witnessed a considerable increase in average temperatures of the mid-30s, reaching 40°C occasionally. Rainfall is scared and most days are sunny.

Myanmar weather in May

May is the beginning of the hot and rainy season as the rainfall is expected to occur 15 days per month. The average temperatures are around the mid-30s and tend to decrease from mid-May to the end of the month.

June has a cooler climate but higher precipitation than previous months. The average day and night temperatures are 36°C and 29°C respectively. As the humidity is approximately 85%, you can expect rain most days.

The rainfall starts to peak in July as heavy rains occur throughout much of Myanmar as the southwestern monsoon increases in intensity. Temperatures are still high ranging from 27°C to 30°C in the daytime.

As the wettest month in Myanmar, August experiences the highest rainfall level when the temperatures are as high as in July.

September is a shoulder month between wet and dry seasons with a fall in humidity and temperature. However, the average temperatures are still high and rains are expected to happen over half of the month, especially in the afternoon.

October has less rainfall and more sunshine than in September. The climate is calmer with average temperatures around 27°C.

As a mark of starting the dry season, November has a moderate average temperature and humidity level. The days remain sunny and warm when the nights are cool and comfortable.

With little rainfall and moderate temperatures, December is one of the most beautiful months of the year. 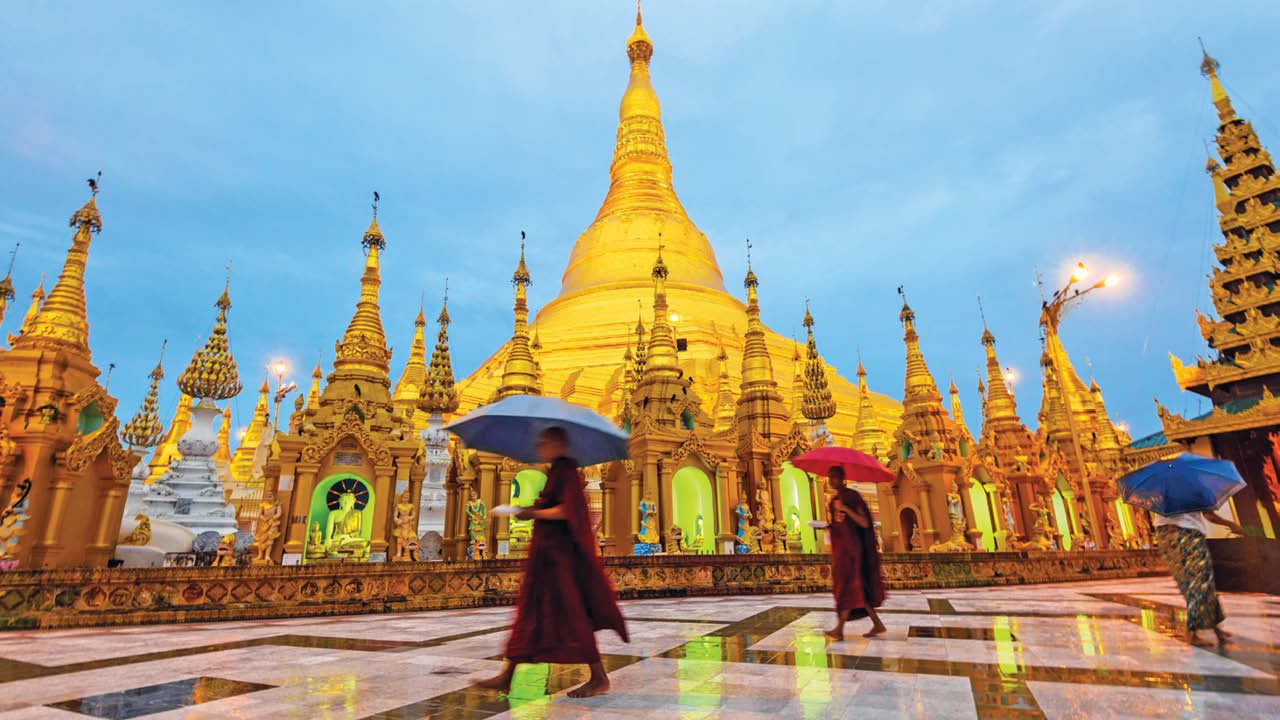 The best months to visit Myanmar vary from November to April

Not only affected by the weather, but a good time to go to Myanmar also relies on cultural festivals and local celebrations. Here is a great collection of worth-seeing festivals celebrated both regionally and nationwide in Myanmar.

On the patriotic national holiday of Myanmar, January 4th, you will see the vibrant streets fraught with people wearing national clothes like aingyi (shirt) and longyi (skirt). It is an ideal time to visit Myanmar with a view to getting a cultural insight into Myanmar festivals.

This is the most prominent Buddhist festival to celebrate at Ananda Temple, the largest one in Bagan. Extending a month-long in January, Ananda Temple Festival is a good time to travel to Myanmar and see pilgrims flocking to pay homage to the Buddha.

Tabaung is known as the last month in Myanmar's lunar calendar when people give offerings to celebrate the full moon day at the Shwedagon Pagoda. You can immerse yourself in the excitement of street vendors, food, music, and traditional amusement. 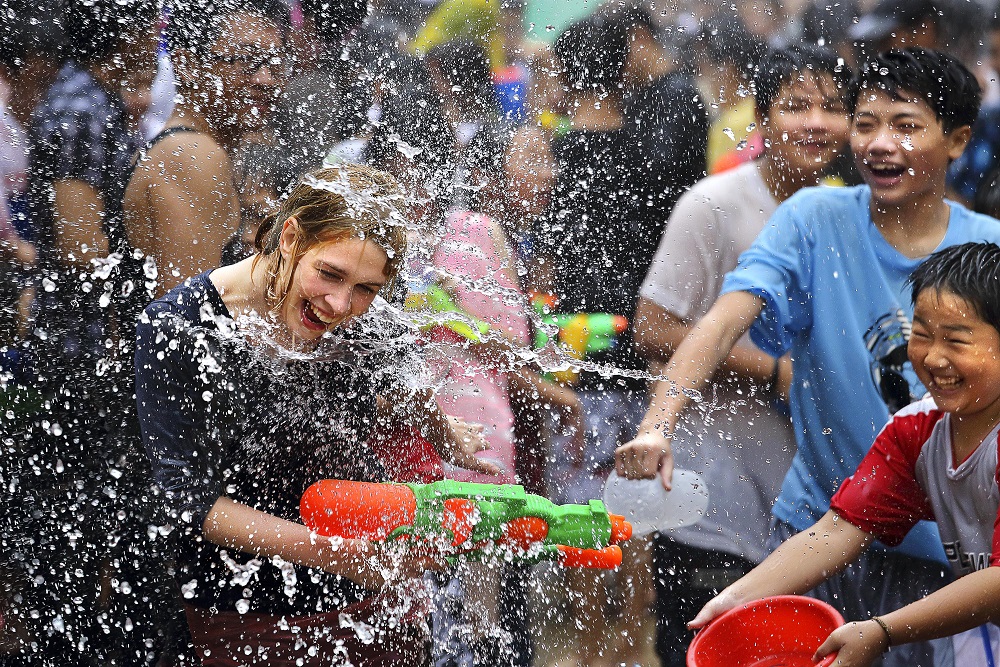 Taungbyone Festival is a good occasion to come to Myanmar as this is the largest spirit festival attracting plenty of pilgrims and visitors to make offerings and join celebrations in honor of two famous Nats in Mandalay.

Boat Festival in Inle Lake takes place in September or October annually. Coming to Inle Lake during this time, you can join the crowds of boat races by the leg-rowers and an interesting introduction to local religion.

Held on the full moon day of the lunar month of Thadingyut in Myanmar, Thadingyut is the Lighting Festival when the buildings and pagodas are lit up with sparkling lights at nights.

Every November, Hot Air Balloon Festival offers the best time to visit Taunggyi, Myanmar to contemplate the released balloons in the melodies of traditional Shan music at night. To mark the end of the rainy season in Myanmar, the festival is held to honor the Buddhist and Hindu deities. There is a competition for the most elaborated balloons and the best firework display. 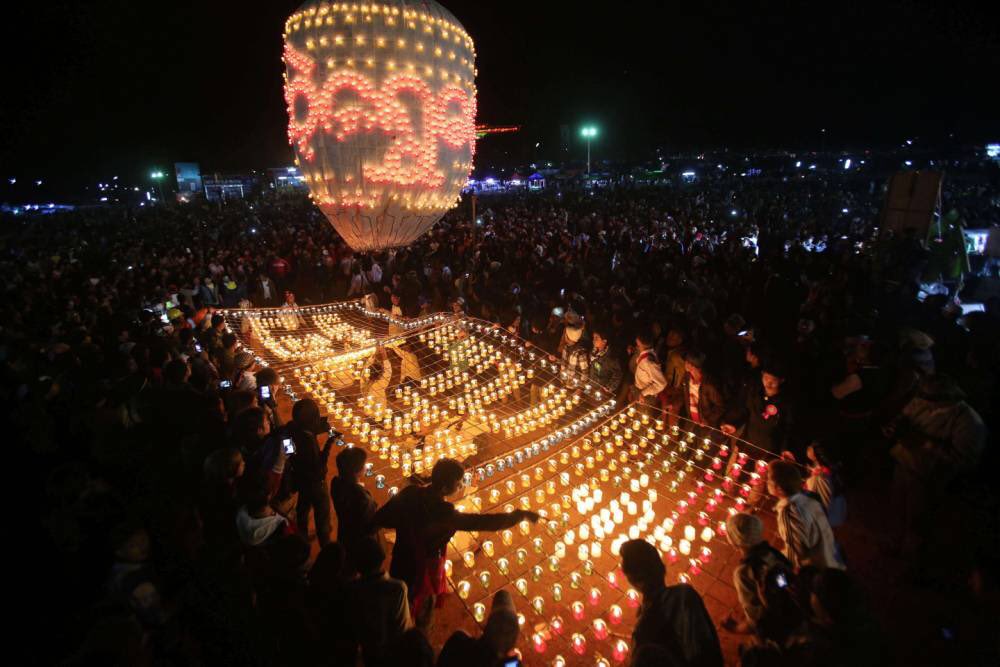 For foreign tourists, Christmas Day is a perfect time to travel to an eastern country featuring different cultures in Southeast Asia. Many people choose December as the best time to visit Myanmar and learn unique ceremonies as well as traditions in other countries.

Due to the various altitudes, Myanmar temperatures are diverse from one region to another. In general, the north, upper central, and eastern areas are at higher altitudes than those in the south, lower central, and western areas. That’s the reason why the North of Myanmar is far cooler than the South. If you plan to visit Myanmar during March and April, just avoid the delta and coastal regions where the humidity is extremely high.

Bagan weather bears a resemblance to the weather conditions in Mandalay. The hottest months vary from February to April, so try to visit Bagan from October to January.

Despite an average temperature of 24°C, Yangon is best visited from November to April, when Myanmar weather is more pleasant to travel around. You should go temple sightseeing during the early morning or late afternoon.

Set location in a relatively higher altitude, Inle Lake has cool temperatures that are around 30°C in summer and can drop to 10°C in the cool season. All the time, Inle Lake is best visited in April and October because of calm weather, less rainfall, and festivals.

All things considered, wherever you want to go, cool and dry season from November to February is the best time to visit Myanmar. It is also the peak months of the tourism season, so plan ahead if you want to take reservations of flights and accommodations. Additionally, April and October are alternative options thanks to the pleasant weather and exciting festivals during these months.

Let’s opt for the most suitable time to go for an excursion to Myanmar with BestPrice Travel.

How to travel to Myanmar

Things to Know before Applying for Myanmar Tourist Visa 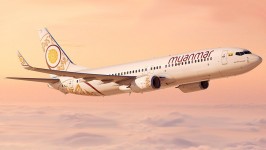 How to travel to Myanmar 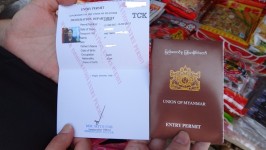 Things to Know before Applying for Myanmar Tourist Visa 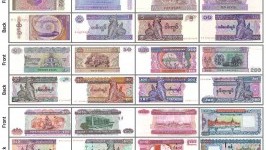 How to travel to Bagan

How to travel to Bagan