Be proud of its consideration as the city of the God Kings, Angkor Archeological Park is the large and famous temple complex in Cambodia, which is also one of the largest ancient religious monuments in the world. Angkor Wat is the typical and highest pinnacle of Khmer architecture. This temple became a symbol when remembering to Cambodia and appeared in the national flag.

The park was built at the beginning of the 12th century under the Khmer empire during the prosperous period of this empire and led by King Suryavarman II (1113 - 1150), designed to architecturally Indian because at first, the temple worhshiped Vishnu God of Hinduism. Afterwards, when the Khmer dynasty followed Buddhism, Angkor Wat became a temple to worship Buddha. After the capital of the Khmer empire was destroyed by the Siamese and the Khmer Kings left for Phnom Penh in the 15th century,  the whole Angkor Park fell into oblivion, covered by jungles and rediscovered in 1860 by Herri Mouhot. 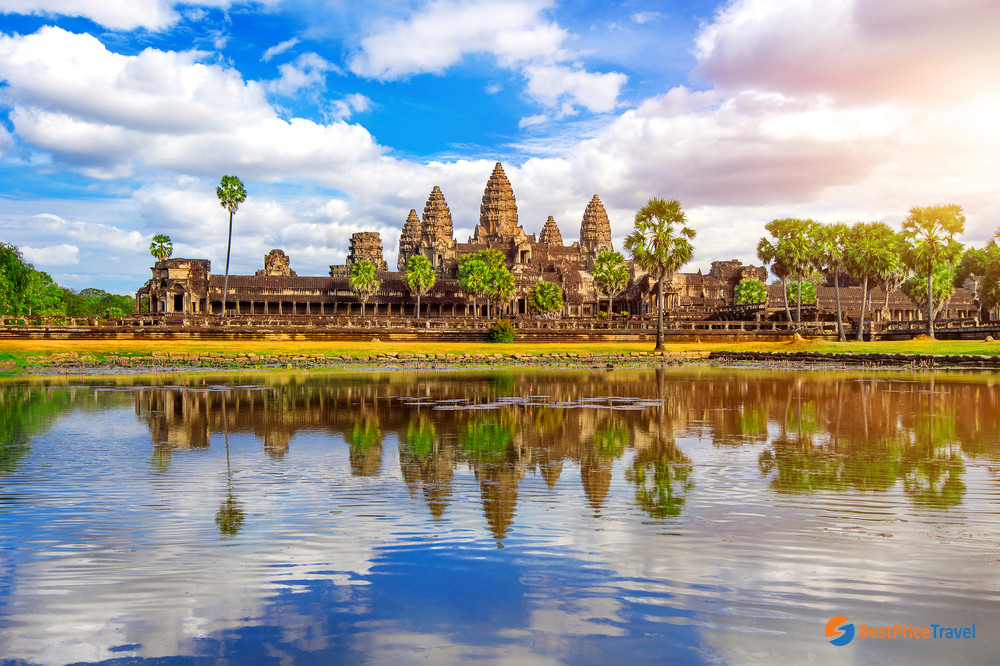 Angkor Wat landmark with reflection on a summer day

Angkor Archeological Park contains the most famous temples such as the majestic Angkor Wat, Ta Prohm, and Bayon. Besides, there are dozens of temple complexes within the area of up to 200 hectares and a circumference of up to 6 kilometers and one day for visiting have never been enough, visitors are able to learn about the history and admire the architecture of Khmer culture, are surprised that why could the ancient people build the whole marvelous buildings without technical development as the present. 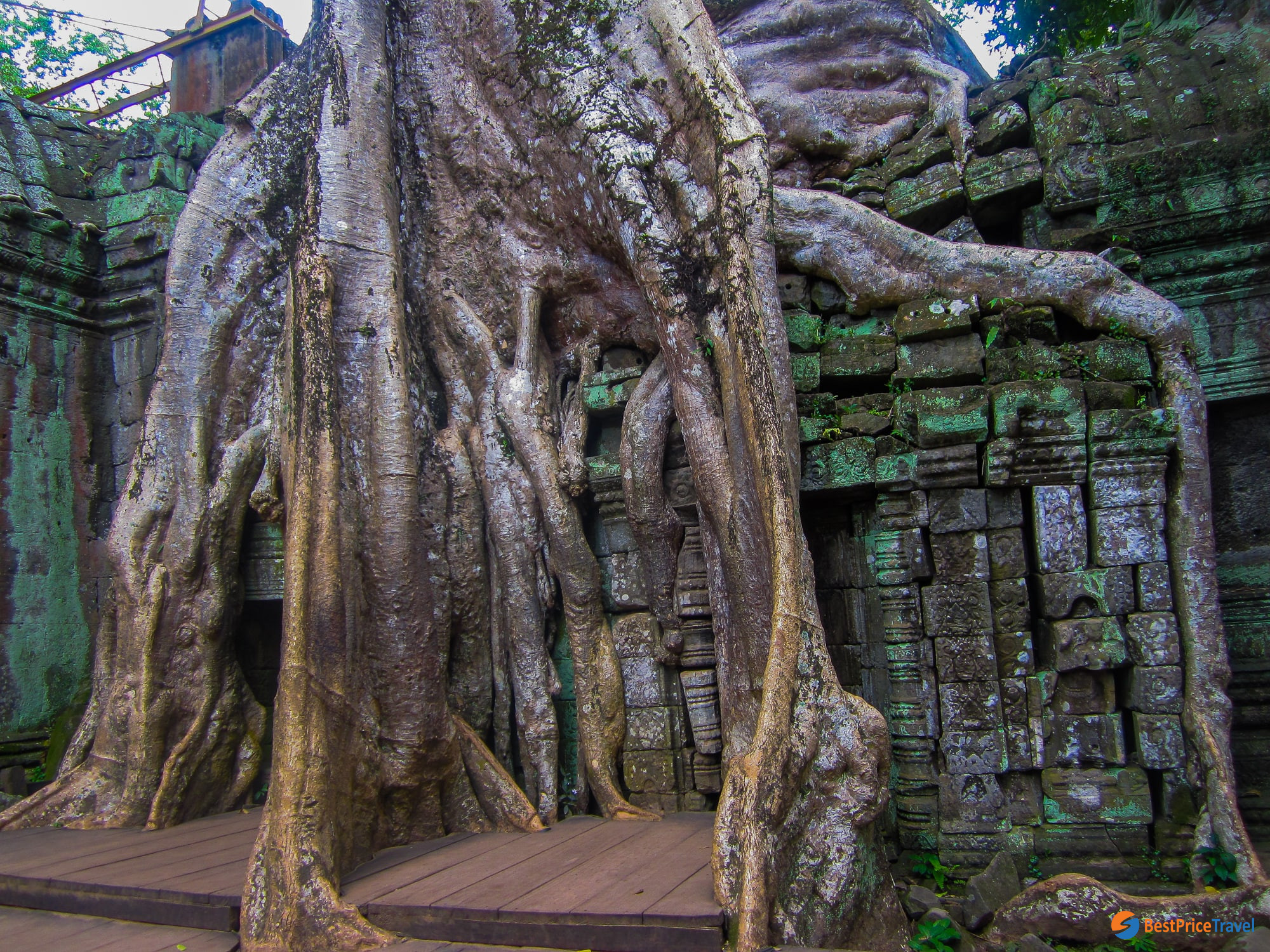 The ruined Ta Prohm temple in the Cambodian Jungle

The ticket is sold in one day (37 USD), three days (62 USD), and seven days (72 USD). Called the following day but it is accurate that each turn passes through the control door to enter the park within 7 days. Every time you enter the door, the ticket will be clicked and obviously, the one-day ticket isn't enough for visiting the whole complex, with young people for 12 hours continuously moving, not taking a break, sometimes stopping to take pictures that can only be around in Angkor Wat, Angkor Thom and that's all. Seven-day ticket is allowed to enter 7 times in any day for a month but ideally, visitors should buy three-day ticket to have time to discover all the unique archeological park.

From the center of Siem Reap to Angkor, there are two main roads: one is Sivatha boulevard and the second is Pokambor, the next is called Tusamuth and the last to Angkor is Charles De Gaulle. You can drive by yourself following the map but cannot drive inside the park if you are not Cambodian. You must hire a bicycle, a tuk-tuk, or a van driver.