As Central Vietnam continues to receive a large influx of domestic and foreign tourists every year, Ba Na Hills has gradually become one of the most exciting tourist destinations in this economically growing region. Located in the Truong Son Mountains, 26 miles (42 kilometers) west of Da Nang city, Ba Na Hill is both a natural hill station and a luxury resort with entertainment hubs.

Widely known as the “Da Lat of Central Vietnam,” Ba Na hill station was originally founded by French colonialists in the late 19th century. Situated at 1500 meters above sea level, Ba Na has cool and temperate weather, which averages 10-15 Celsius degrees each year, make it become an ideal vacation spot for the colonialists. Therefore, tourists who visit Ba Na today can still notice the resemblance of French architecture that had once influenced the well-known station. Besides, located in the midst of the Truong Son (or Annamite) range, Ba Na Hills also offers tourists a phenomenal view of both the spectacular surrounding mountains and the incredible East Sea. 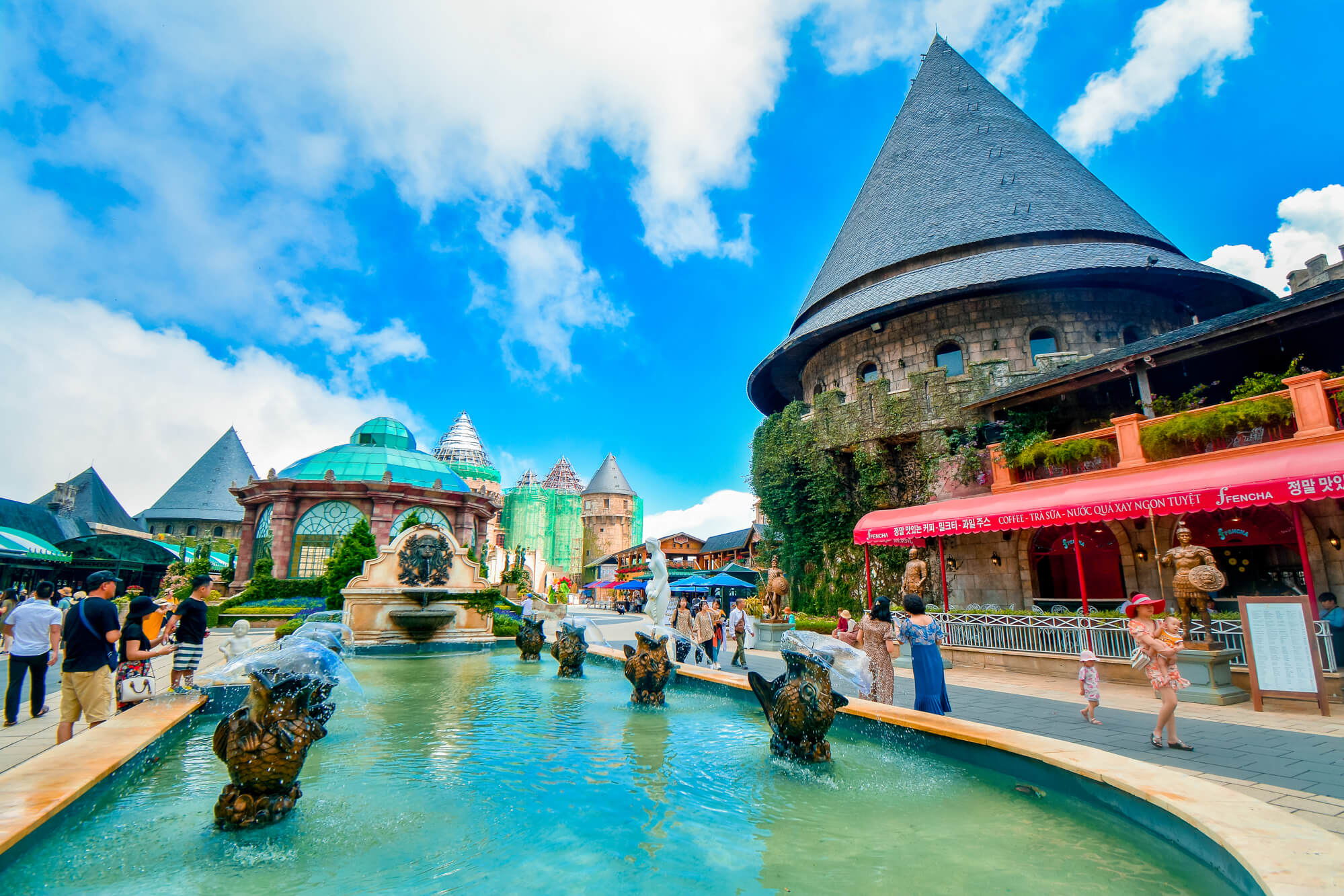 The easiest way to access Ba Na Hills is by taking the newly renovated Ba Na Cable Car. There are many things tourists could do when visiting Ba Na Hills. In addition to staying and enjoying the various services at the luxurious Ba Na Hills Resort, tourists can also find peace and pay respect at the Linh Ung Pagoda nearby. In Ba Na, on clear days, simply enjoying nature and the beautiful gardens will bring tourists joy. And the young children are sure to have immense fun at the amusement park located in the resort complex.

The most recent and best-known attraction at Ba Na Hills is the famed Golden Bridge. Not only famous on Facebook and Instagram, this architectural work is also mentioned on major news such as Independent, The Guardian, Reuters (UK), AFP (France), NBC (USA) or reputable website in architectures like archdaily.com due to its majestic beauty. That is not a surprise when Da Nang Golden Bridge is ranked in the top 10 most unique architectural bridges in the world. It is not exaggerating to say that this golden bridge is not only an architectural work, but it is also a work of art that harmoniously combines the creativity of man and the beautiful nature of Vietnam. 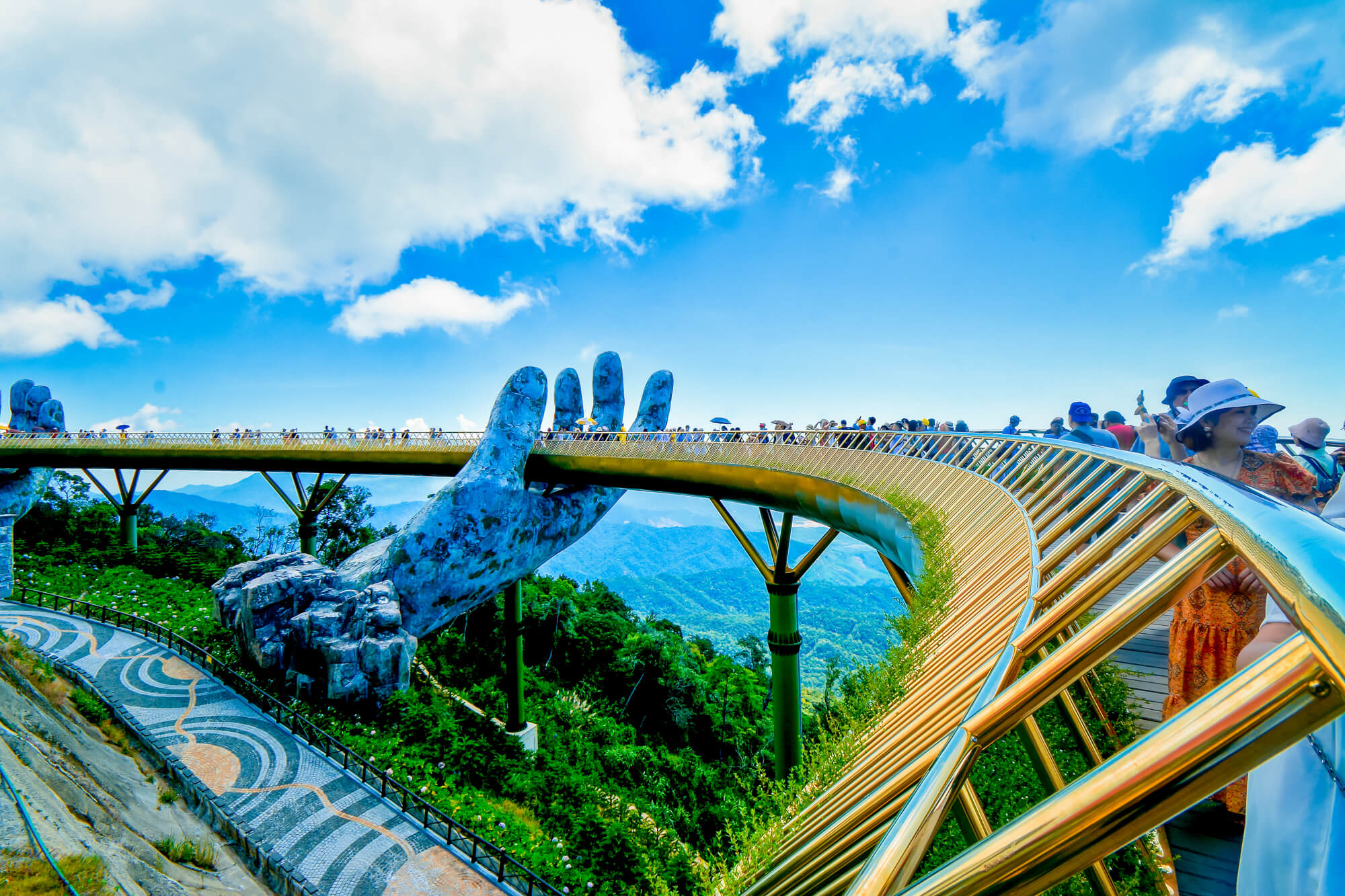 What is attractive about this golden bridge?

This may be a redundant question because the answer is shown in the pretty photos taken by tourists on some social media such as Facebook or Instagram. As a pedestrian bridge, the Da Nang Golden Bridge possesses a 3-meter-wide surface of bridge with wooden floor materials so you can enjoy dancing and posing on the bridge as much as you want. The most special part about this bridge is the gold-plated stainless steel railing frame. Thanks to its "great" height, Golden Bridge makes you feel like you’re standing above the sky, touching the flying clouds, giving you an indescribably pleasant feeling. Amidst the beautiful nature and under an infinite sky, you will feel peaceful and liberated as if you are walking on clouds. Some say this is the hand of God pulling out a golden thread between the heavenly sky, another idea said that they are the hands of a woman lifting the bridge higher above the ground. This mossy green is a "giant" from the ground reaching out to "smash" the bridge because someone dares to build an artificial building in the middle of the sacred land. And no matter what opinion, no one can deny the magnificence of this creation. The fantastic and majestic bridge is a must-see destination for tourists who visit this area. 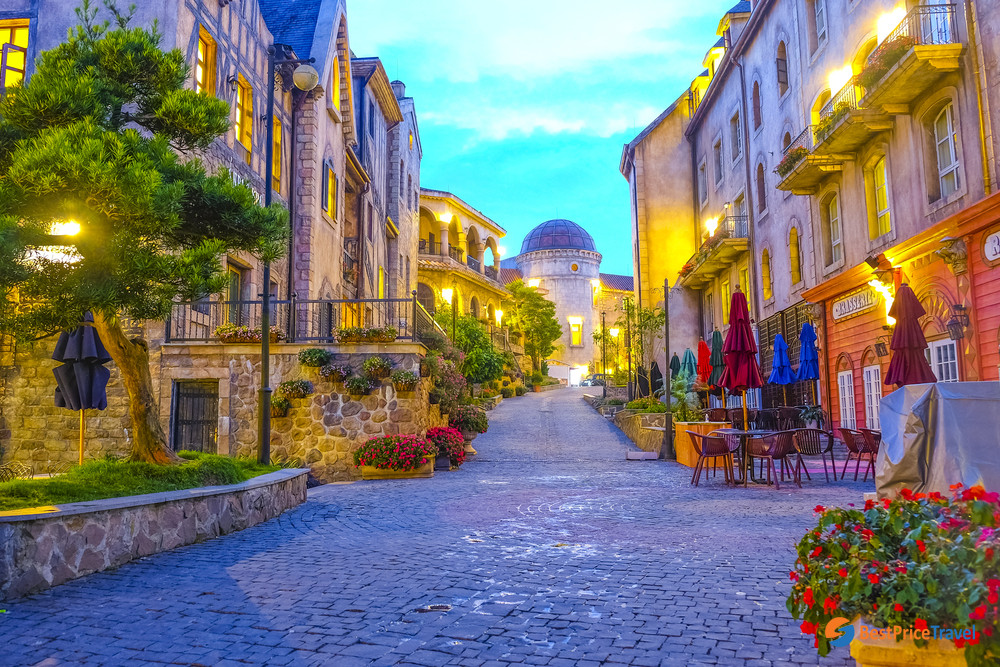 Don’t forget to spoil yourself with the fun at Fantasy Park, which was commenced and inspired by two iconic novels “Journey to the Center of the Earth” and “Twenty Thousand Leagues Under the Sea” by French writer Jules Verne. The amusement park reserves countless funs and surprises, which of course involve well-tailored games to keep little kids occupied and delighted all day long. Besides enjoying the various entertainment services here, you should also check out the diverse culinary options served at different restaurants such as Doumer restaurant, Kavkaz vista, Sun Set restaurant, or La Louvre restaurant. These dining spots will satisfy your appetite whether you crave Vietnamese, French, or Mexican food, etc. 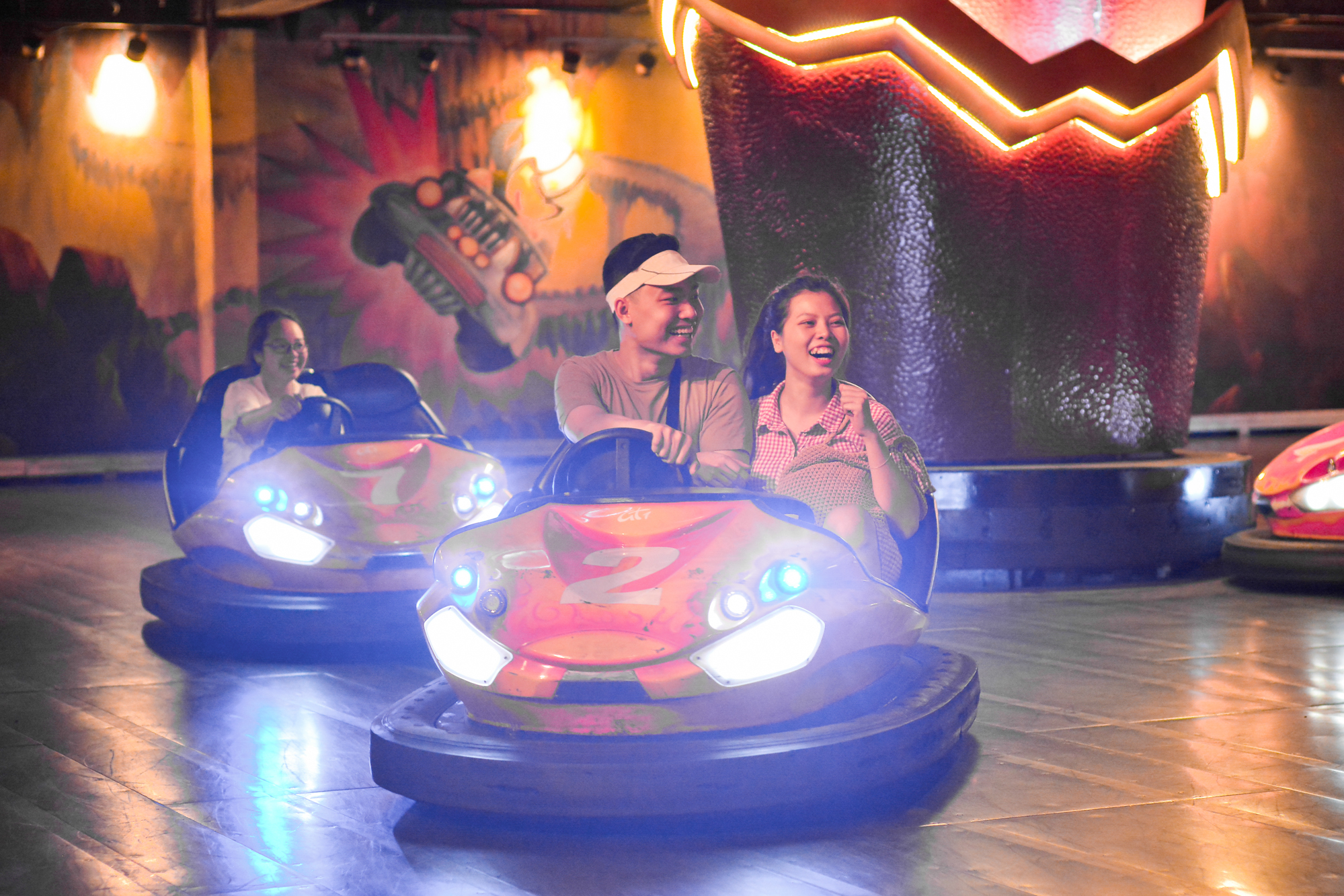 Getting fun in Ba Na Hills

The most favorable time to visit Ba Na hills is in spring. However, checking the weather before starting your trip is highly recommended, especially during raining season. From Ba Na Hills, tourists who wish to explore Central Vietnam can also enjoy a fun road trip to either the culturally vibrant Da Nang city, or the ancient city of Hoi An. There are many transportation services available between these three locations. Also available upon request are tour and hotel services in Da Nang and Hoi An.

Top 10 Amazing Things to do in Central Vietnam