Kep is a small coastal town, the capital of Kep Province (Krong Kep) in southern Cambodia. Visitors to Kep are greeted by a giant crab on the main gateway from Kampot to Kep. Kep is synonymous with crabs.

Krong Kep is the smallest province in Cambodia, with a land area of 336 km2. Kep has situated 173 km to the south of Phnom Penh and 130 km to the east of Sihanoukville. The Vietnamese border is only 25 km to the East.

Kep Town officially is a district on a small peninsula. The story related to the name of Kep said that there was a prince named Sakor Reach who was on the run from the troops of a commander of Angkor Thom, dropped a saddle at the seaside. So this area was called Kep Seh (meaning 'the horse saddle') and later shortened as Kep. 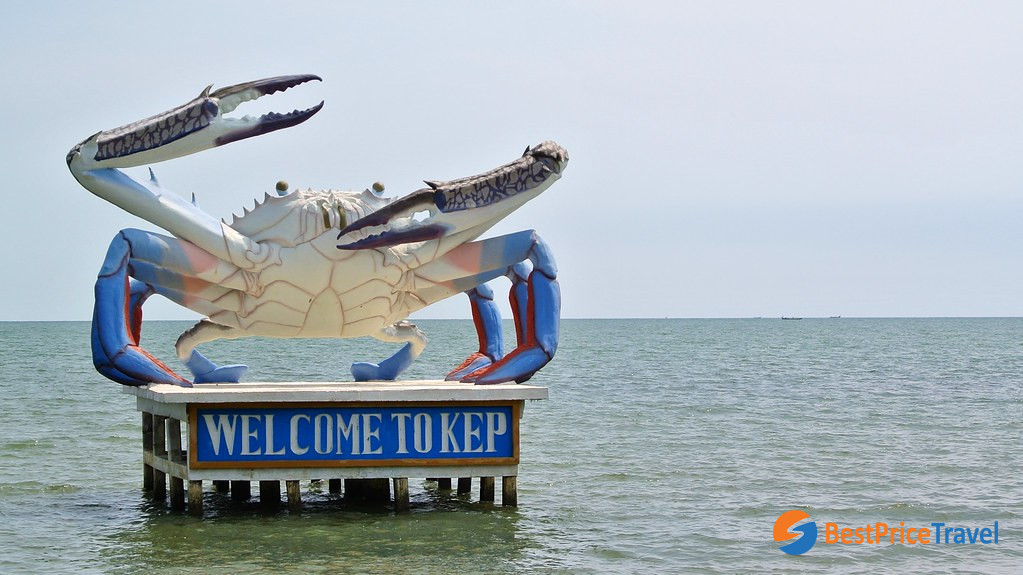 Kep town is synonymous with crabs

It was founded as a colonial retreat for the French elite in 1908. From the turn of the century through the 1960s, Kep was Cambodia's premier beach town for the wealthy Khmers, drawing holiday-makers to its breezy shores and nearby Bokor Hill Station. Back in the day, luxurious villas of the privileged class dotted the seaside but now remain as ruined vestiges of an earlier era, slowly being cleared away for new developments. Kep appears to be experiencing something of a renaissance, with several mid-range and luxury guesthouses and bungalows recently opened or still under construction. 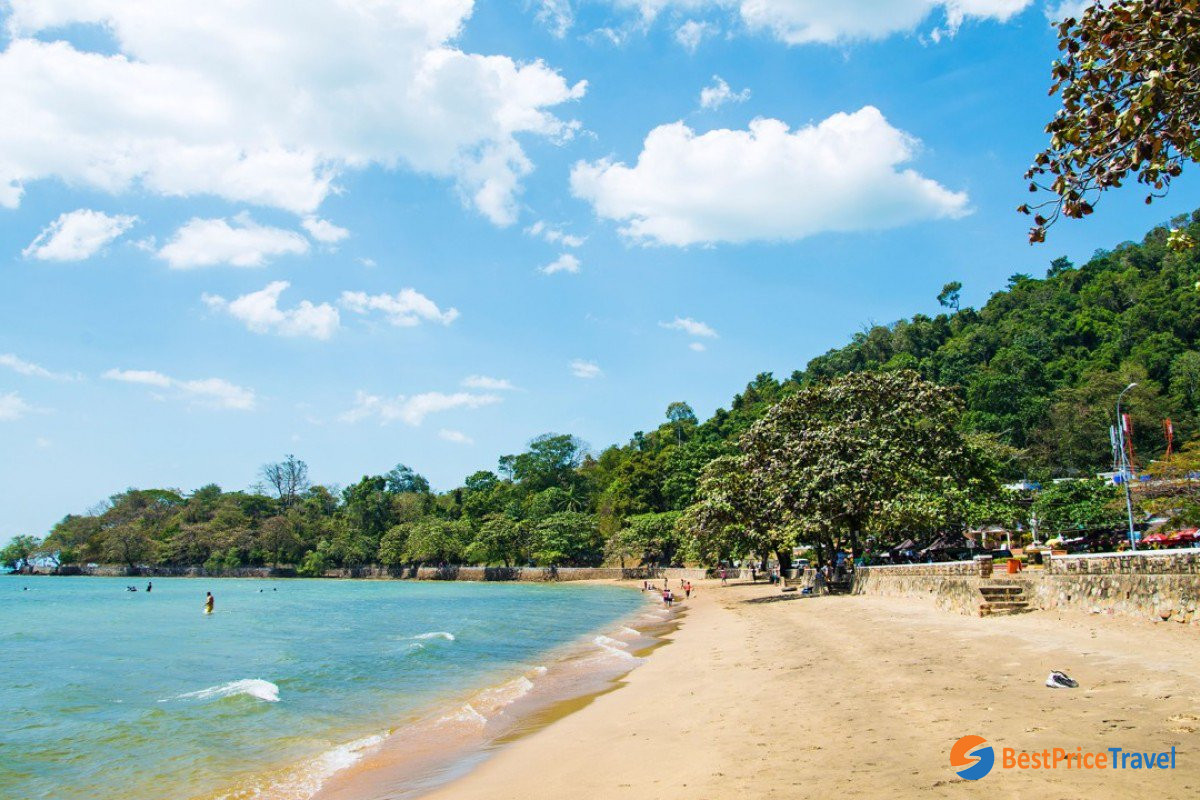 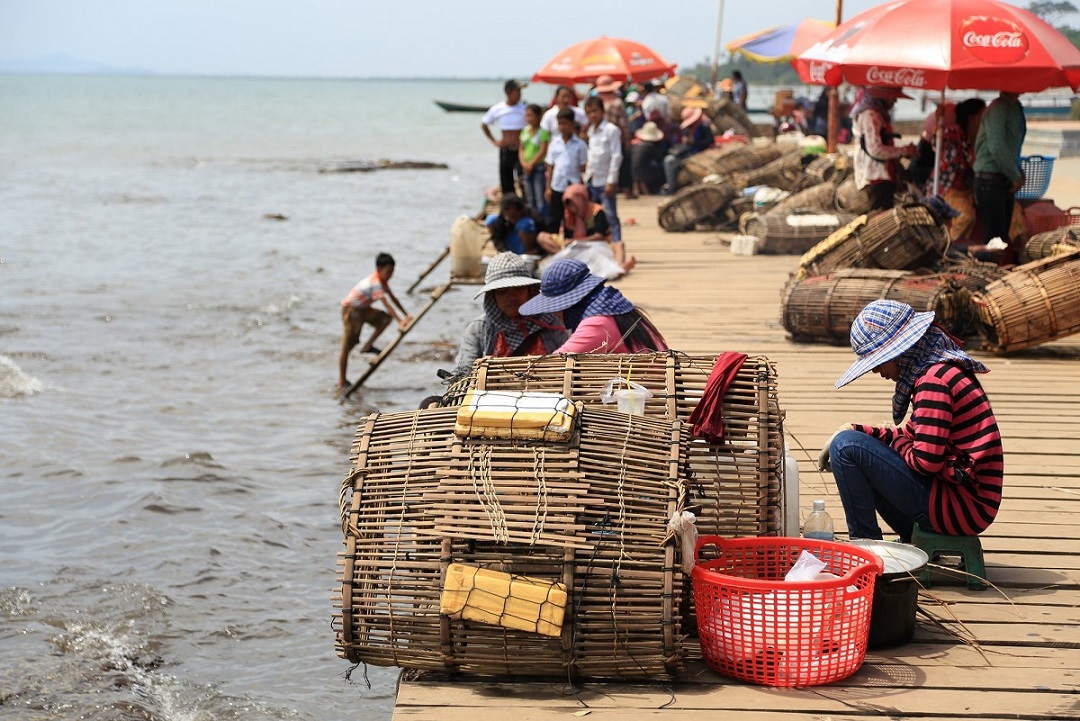 The Crab Market in Kep 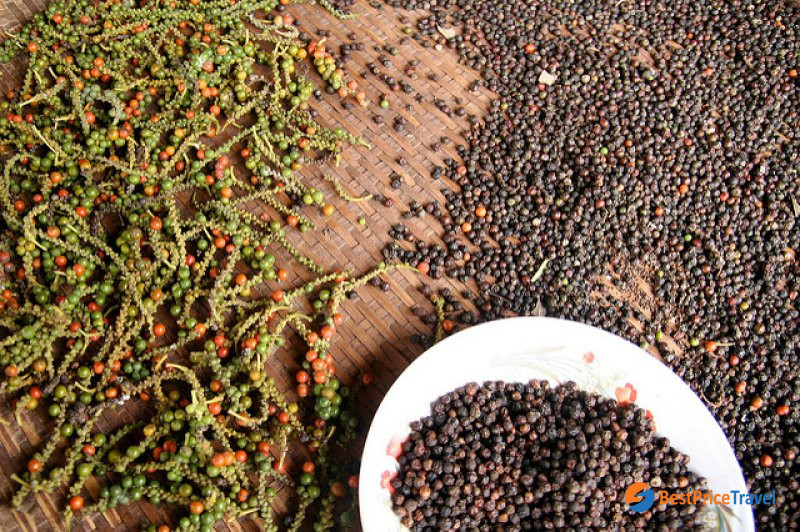 Pepper Kampot is the world's best organic pepper for decades 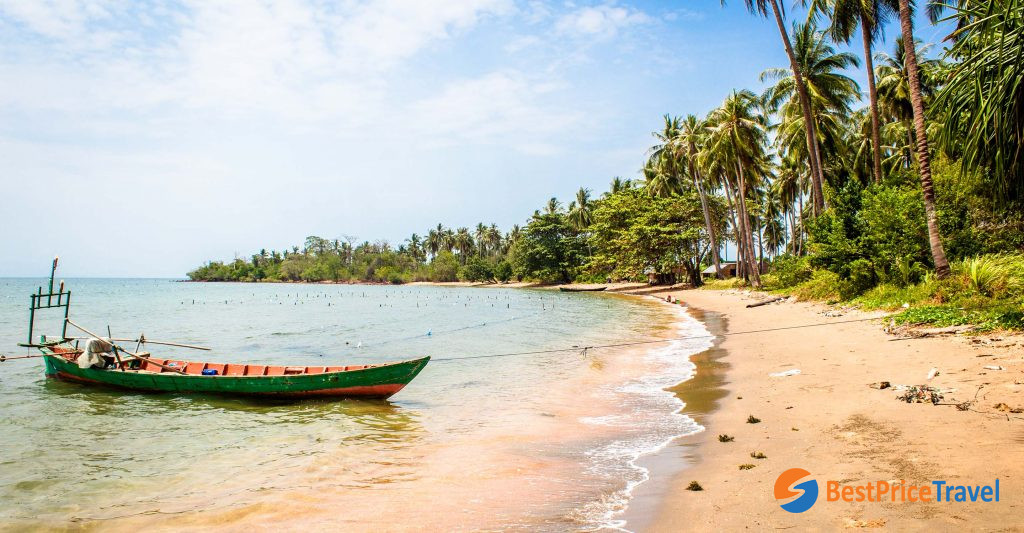 The average water temperature around Krong Kep is extremely warm, around 29°C, with no significant variations during the year. You should avoid the rainy months ranging from April to November, especially the wettest month - October. The best time for water activities in summer.

From Phnom Penh, you take a bus that leaves the city twice daily at around 7 am and 1 pm. Also, it takes 30-45 minutes to depart from Kampot to Kep. Aside from public transport, you can travel by motorbike or shared taxi. It's a half-hour drive from Kampot, Cambodia a half hour to the Vietnamese border; and 2 hours from Sihanoukville and Phnom Penh, Cambodia.

Other attractions in Kep