Teh Dar Show is not just a regular performance. To foreign tourists coming to Vietnam, it is even more desirable to have access to those wild "melodies". All will be portrayed through the Teh Dar Show.

Teh Dar Show is one of the top must-see cultural shows in Vietnam. For most viewers, it's a reminder of the Vietnamese homeland, and the Teh Dar show is widely popular now. With the foundation and materials inspired mainly by the culture of the Central Highlands peoples, the Teh Dar show has received a lot of compliments.

Read the article to learn more about this show which artfully depicts Vietnamese tribal culture. The traditional culture of the Central Highlands region of Vietnam is still shimmering with myths that many people today still desire to explore.

Teh Dar in K'ho language means going round. In the culture of all ethnic groups in the Central Highlands, all activities of the community carry this symbol. The name of the Teh Dar show, therefore, implies that as long as the Central Highlands population continues moving on; the culture, tradition, and ethnicity still remain. That circle of life and culture will continue.

Similar to the traditional plays (My Village or A O Show), the Teh Dar is a performing art that combines circus, balance, acrobatics, juggling, and contemporary dance. Players will perform with live music. Artists use about 20 types of folk instruments of the Central Highlands peoples such as Bhana, E De, K'ho, Giarai. The list includes gongs, drums, kipa, ding nam, to rung, tu va, and other traditional music instruments which are original artifacts from the Central Highlands.

The play has minimal lines and a non-linear structure that does not follow the chronological order. Artists use performance techniques to incorporate folk props to describe different aspects of Vietnamese people's life and culture.

What makes Teh Dar Show unique

The most exciting part of the play is the acrobatics and story-telling circus. Choreographers arranged and used bamboo tools boldly to form an inspiring art performance. In the estimated light and minimalistic stage, an image of the Central Highlands mountainous audience thrilled the audience. The scenes were pushed to the climax and full of sentiment.

Music is a booming point for every climax of this contemporary theater performance. The minimalistic stage, vivid light, and live sound go deep into the hearts of viewers. According to musician Nguyen Nhat Ly, he is even more ambitious for "Teh Dar". Music will not stop supporting a play. It brings the people of Vietnam, especially those with a homeland in the Central Highlands, to remember the original source, from the buffalo horn to the original percussion instruments of the tribe. 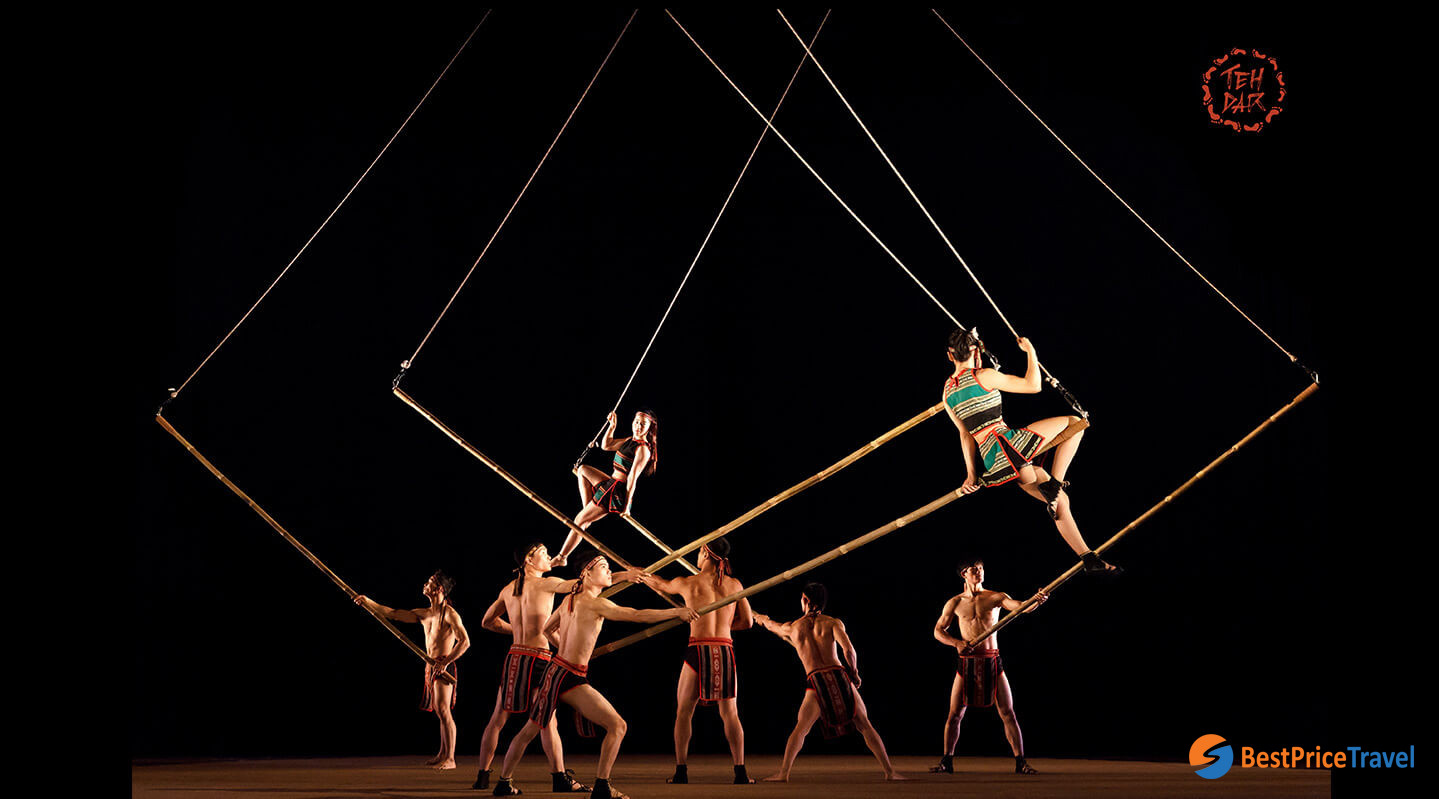 Dramatic performance in Teh Dar Show

Teh Dar show has its distinctive color for each performance. Dramatic phases such as acrobatics on the strings and fire dancing have created a substantial effect for viewers. You will have the feeling of excitement when witnessing many ecstatic steps that cannot be guessed. The audience will be impressed by each performer's bereavement. Since then, they appreciate the value of this performance.

There are 3 different classes of Teh Dar Show tickets for guests to choose from.

You can behold the Teh Dar Show in two theatres in Vietnam. However, the most popular is Teh Dar Show Saigon, which has the busiest schedule.

The show usually takes place in the late afternoon and lasts 1 hour. Remember to find out the schedule information carefully on the ticket website before buying it.

Everything considered, "Teh Dar" does not stop at a play. Beyond a cultural show, it awakens the pristine love to find its roots in Vietnamese tribal culture. If you go on a vacation to Vietnam, don't hesitate to watch this meaningful art show. 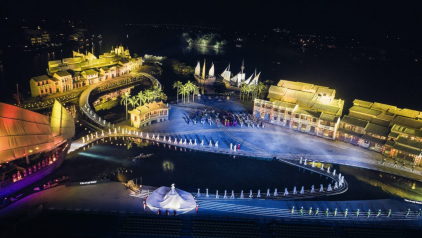 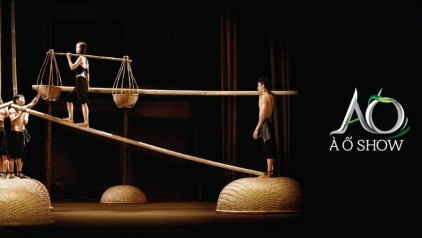 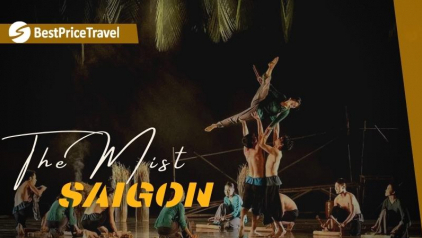