The lunar calendar is strictly observed in Vietnam, whether it be out of joy or dread. The Hungry Ghosts' month is a time to honor and revere ancestors even if it is referred to as a holiday. Many people fear ill luck or attribute unfortunate events to malevolent lost spirits. If you happen to be in Vietnam during this time, you should be aware of this festival because it is believed to apply to everyone passing through. Look at our advice below.

What is the Hungry Ghost Month in Vietnam?

The Ghost Month or The Ghost Festival, also known as ‘Tet Trung Nguyen’ in Vietnam, is celebrated as a period for the liberation from the hell of damned souls. The "homeless" ought to be "nourished" and placated with food donations. The discharge of fish and fowl also results in rewards for the living. ‘Thang Co Hon’, or the month of lonely spirits, is the colloquial name for the lunar month during which the event is held. It is said to be haunted and particularly unfortunate. 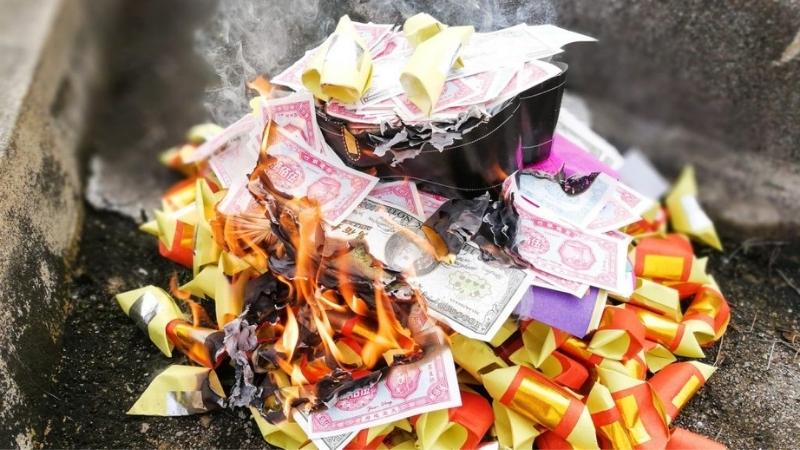 This celebration, which was influenced by Buddhism, falls on Vu Lan, which is Ullambana's Vietnamese equivalent.

Today, Mother's Day is also observed on Vu Lan. People who still have their moms around them bring red roses and express gratitude, while those who don't might opt to attend ceremonies to pray for the dead and carry white roses. 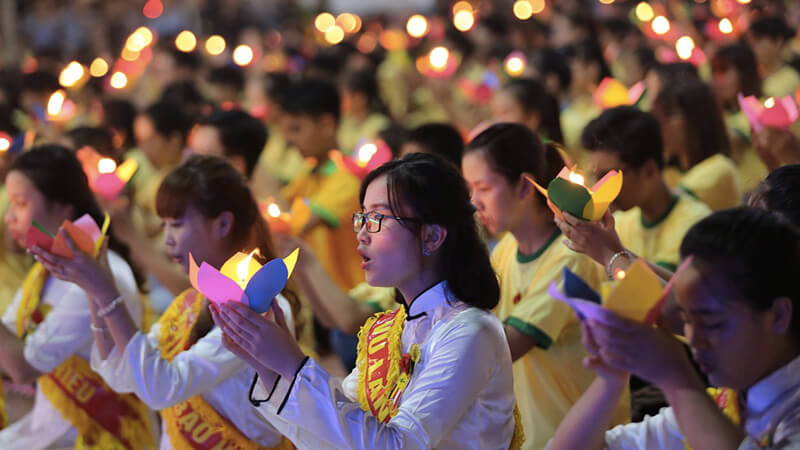 When is Vietnam Ghost Month?

The seventh lunar month, which often falls at the end of August in the Gregorian calendar, is the ghost month in Vietnam. Another commemoration of the ghosts and souls of those who died in the collapse of the Hue Citadel in 1885 is held in Hue, although it is not regarded as a national holiday. Vietnamese culture holds that a person is made up of two components: the soul and the body. The spirit of the deceased lives on in the afterlife. The individual would be reborn into a saint or another person if they performed numerous good deeds. Otherwise, their souls would be sent to hell where they would suffer hunger and pain as punishment for their transgressions.

Because Pluto, the King of the Underworld regions, unlocks the portal between the two worlds, the ghosts of the deceased can travel freely during Vietnam's Ghost Month. This concept has given rise to several rituals and taboos across East Asia, including Vietnam. 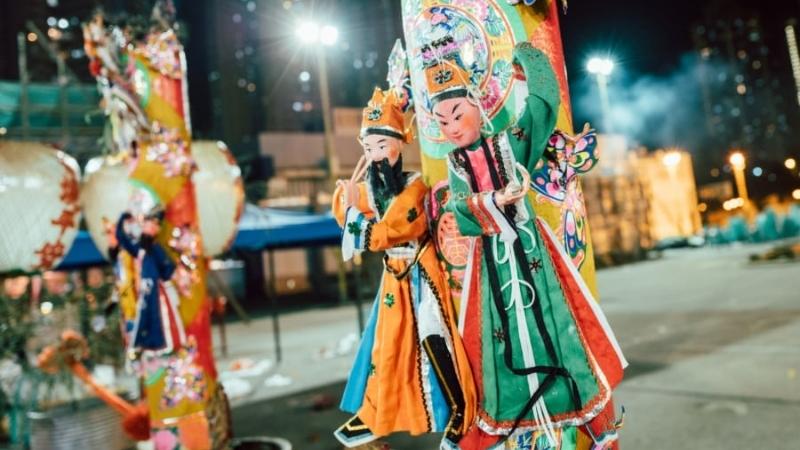 The Gates of Hell are unlocked on the second day of the Vietnamese ghost month, allowing spirits to enter the present. From the gifts and prayers of their descendants, ancestors' spirits might be traced back to their place of origin. However, there are no offerings for lonely souls who have no living family members or who passed away without a proper funeral. When they are allowed to freely roam the living world, they fiercely curse bad luck upon strangers in a spiteful manner.

From the fifteenth day of Vietnam ghost month until its conclusion, it's common practice to create a feast of expertly prepared cuisine. Vietnamese people, especially those running enterprises in Ho Chi Minh City's Chinatown, think that providing food to hungry ghosts may deter them from interfering with their operations.

Vietnamese households frequently make two feasts during the day on the day of the full moon during the ghost month in Vietnam. At noon, the ancestors' spirits get the first one. The second feast is frequently served to the hungry, roving spirits after dusk.

Rice porridge, sugarcane, confections, fruits (which often comprise a variety of fruits with five colors), and sweet potatoes make up the bulk of the food served at feasts. Along with the meal, there are also candles, salt, votive paper, three glasses of water, and three sticks of incense. Gruel porridge is essential since it's said that spirits have a small esophagus and can't digest tough foods. Following the completion of the gifts, salt and rice are thrown on the street and road to send the spirits on their way. 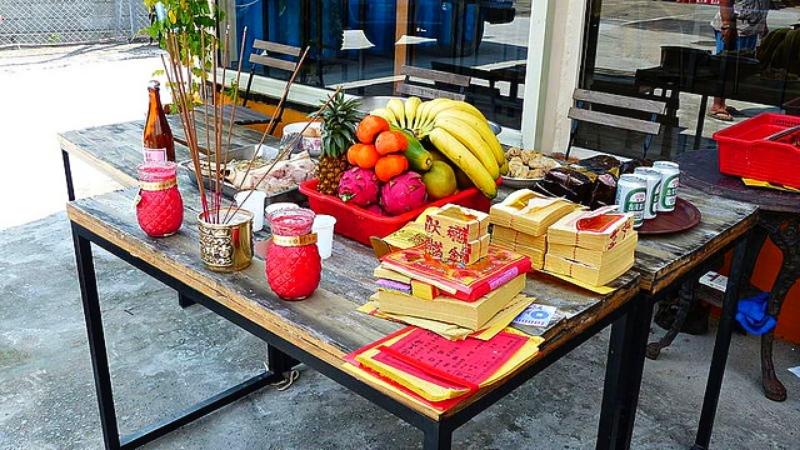 A Tray Of Offerings To The Homeless And Hungry Soul

Wealthy families and certain major corporations, mainly in Ho Chi Minh City's Chinatown, may offer significant gifts, such as the tiny change that adds up to millions of VND. As a result, some individuals and kids frequently assemble in areas where there are many donations in order to steal money and food. This is referred to as "Giut co hon" in Vietnamese.

Some of them participate because they can make a lot of money from it, while others do it for enjoyment and use the offerings. Some of them take this tradition very seriously. Additionally, company owners frequently think it is lucky when customers grab their products. 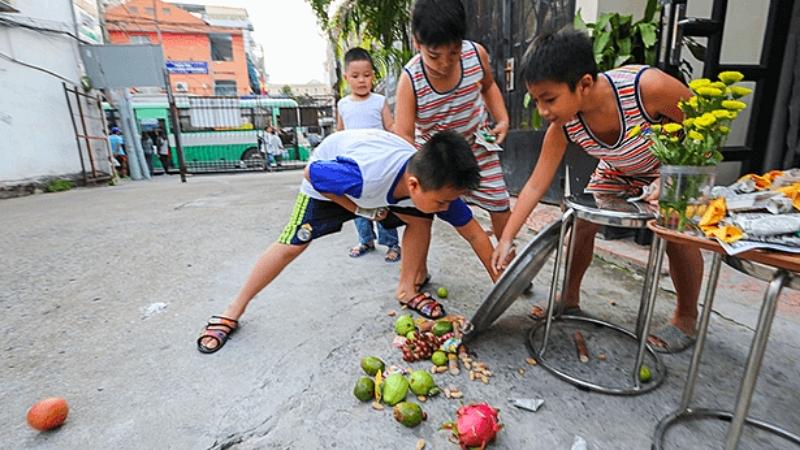 Things not to do during Hungry Ghost Month

Every year, the Vietnamese worship hungry ghosts for a month because it does not have a fixed day. Many people believe that in ghost month, you should be vegetarian and chant the Buddha’s name, abstain from doing a list of things, such as: 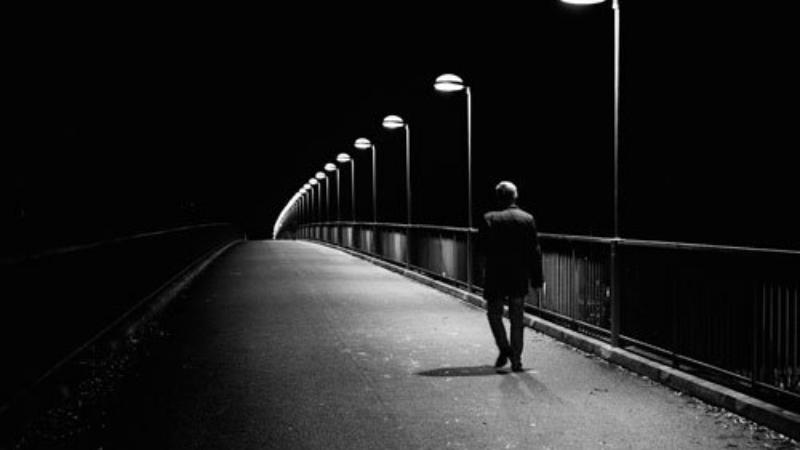 Do Not Go Out At Night 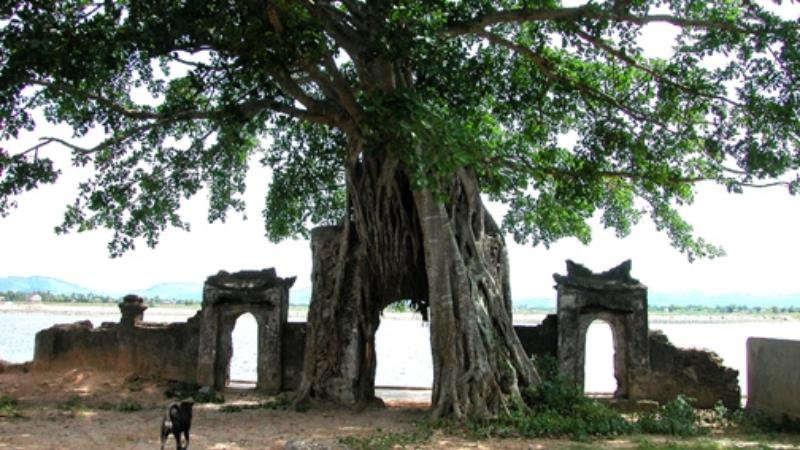 Don't stand near the Banyan Tree 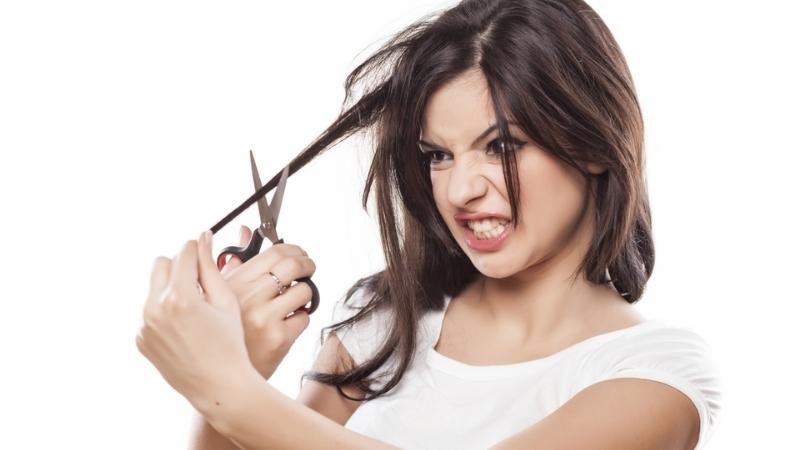 Do Not Cut Your Hair In The Ghost Month

However, the list above is based on human habit or psychological having a good meaning and remembrance to the dead.

Any culture, including Vietnam's, holds the widespread concept that there is a spiritual presence after death. The country's rich history, diversified culture, and emphasis on commemorating the deceased are all reflected in the numerous intriguing rituals and superstitions that take place during Vietnam's Ghost Month.

To get a deeper understanding of the Vietnamese culture, history, as well as cuisine, see more detailed interests in our Top 10 Best Vietnam tour packages. 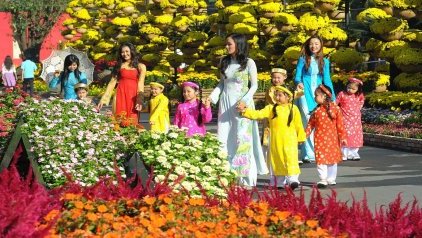 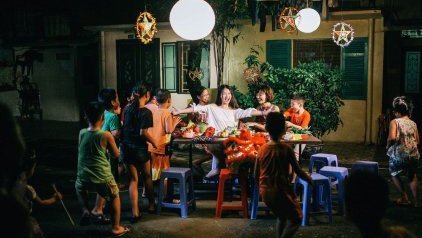 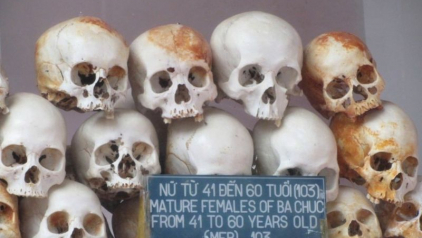