Vietnam is a special country with 2000+ miles of coastline and three different weather systems and December is the time you can see these differences precisely. Here are all you need to know about Vietnam's weather in December and a list of some places in Vietnam you should come to visit.

Overview of Vietnam weather in December

The average temperature in December is around 23ºC which means it’s the coldest month in a year here. There’s almost no rain throughout the country at this time but the monsoon comes from the North which contains humidity, decreasing the temperature in all regions.

Although it’s cooler all around the country, Vietnam weather in December is still the time that you can see clearly the difference in the climate of each region here. Let’s see the details below!

In the North, this is the coldest time of the year, when North Vietnam’s average temperature in December is only 17ºC and sometimes the lowest can be down to -2ºC in the high mountains, resulting in frost and snow.

Winters in major cities in northern Vietnam are cold, with highs of 20°C and lows of 15°C. As you travel further north or into the mountainous regions of the Northwest and Northeast, the temperature decreases dramatically. In the North, this is also the driest month of the year, with minimal rain and a low humidity level of 68%. Visiting North Vietnam in December, you should prevent yourself from flaky skin and chapped lips by moisturizing them frequently and drinking plenty of water. 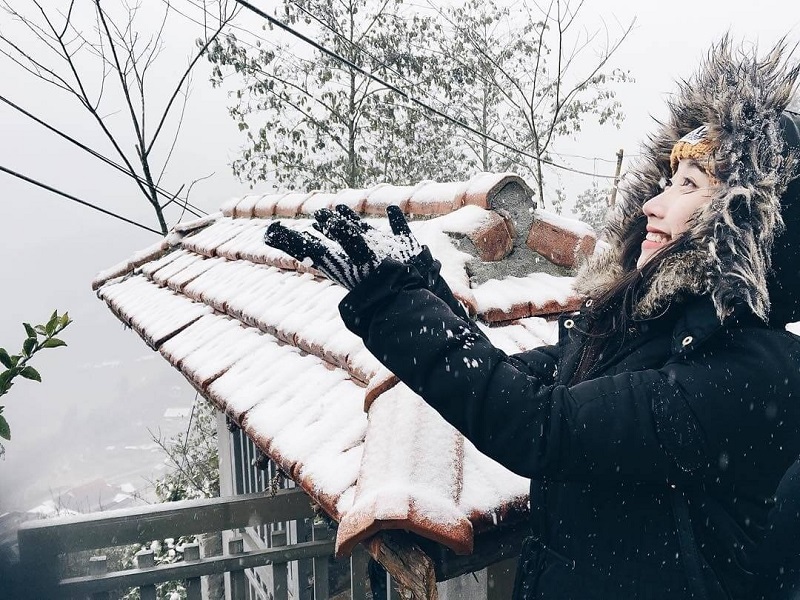 The weather in the North Central Coast is more similar to the North, it is cold with low temperatures and quite dry. On the other hand, the South Central Coast December is in the rainy season with the humidity remaining high at roughly 82% although the rain is not as heavy as in November.

At the same time, Central Highlands weather in December is perfectly good for travelling. This month is when you can experience the 4 seasons in one day in this area as you wake up in spring and come to sleep in winter. In general, it’s always nice and cool in the Central Highlands during this time. Although the night would be very cold, it’s warm in the daytime with the clear sky and light sunshine.

South Vietnam enters the most beautiful season of the year in December as it’s the beginning of the dry season here. Warm weather reigns in the region, with temperatures ranging from 23°C to 31°C and an annual average temperature is about 27ºC. It’s almost no rain during this month in South Vietnam and the sunshine-filled days are galore so you can freely roam the region.

The average Vietnam temperature in December is around 23ºC which means it’s the coldest month in a year here. There’s almost no rain throughout the country at this time but the monsoon comes from the North which contains humidity, decreasing the temperature in all regions. 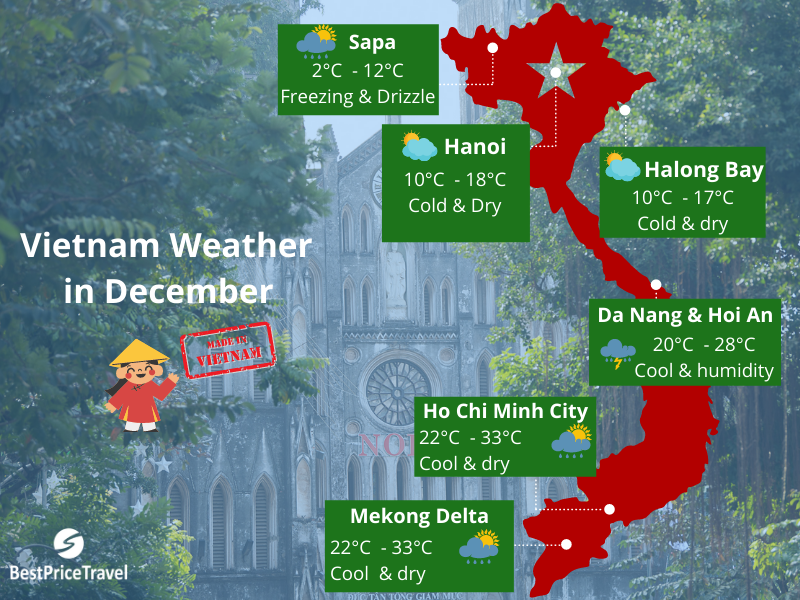 Best places to visit in Vietnam during December

In Vietnam, there are many tourist destinations worth visiting during winter. Following is the list of 6 must-visit destinations in Vietnam in the winter for you to reference and choose the best fit for your interests.

Sapa is a very beautiful town with a fresh, cool climate, and many diverse shades. Travelling Sapa in December, visitors will discover this small town with dense fog, blurry scenery, and full of mysteries. There might be frost and snow when the temperature here reaches 0°C or lower and snowfall makes Sapa scenery more wonderful than ever.

Hanoi officially entered the cold, dry winter in December. The city becomes quieter with red leaves falling, thick mist, and the grey sky. But December comes along with Christmas and New Year, so you can see a lot of colourful decorations, twinkling lights hung out in the streets, or even in small alleys all in the name of the festival spirit.

Hanoi’s December is also famous for many delicious street foods that can warm you up on a numb cold day. Hot noodles soups like Pho/Bun/Mien, many types of hot pot, fried and grilled snacks, or hot sweet soups, you will find an amazingly tasty world of winter cuisine in Hanoi. 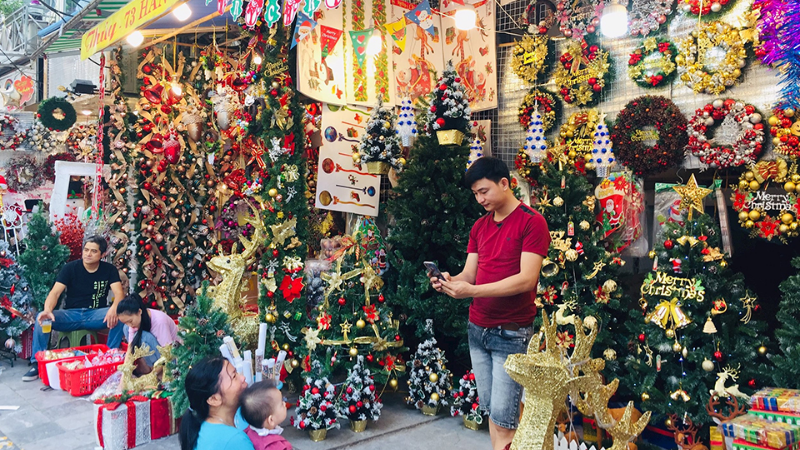 December in Halong Bay is when the temperature fluctuates between 15°C and 23°C with an average rainfall of just 22 mm. In this month, the huge area of Halong Bay was covered in a thick and miserable fog. In the morning, all the towering limestone pillars will be wrapped around with a thin layer of fog. The cruise ships are unable to move fast in this weather condition, but that's so incredible as you slowly sail through the fog, pass through the towering limestone pillars and discover the scenery in front. It’s some kind of mysterious island that you only see on screen.

The final month of the year is a transition phase between the dry and wet seasons: it rains less frequently, and the weather remains cool and humid. It is one of the best times to visit Ho Chi Minh City when Christmas arrives at the end of the month, and the most important National Holiday of Vietnam - Tet or Lunar New Year - is coming up in over a month. The whole city soaks in the festive vibe with colorful decorations everywhere which makes the city look so splendid.

The Mekong Delta in December experiences sunlight days with a heavily overcast sky. Typically the temperature fluctuates around 30℃ and the wind is slightly breezy. During this month, Mekong Delta offers numerous activities suitable to all kinds of travellers. The special floating markets, vast tropical fruit gardens, and typical Mekong islet villages in the nice December weather will surely give you unforgettable memories.

If you want to enjoy a warm winter, besides Con Dao, Phu Quoc is also an ideal destination. This is an attractive destination for domestic and foreign tourists. In December, Phu Quoc island is influenced by the northeast monsoon with relatively strong intensity, the average humidity is 78%, and the average temperature is about 27°C - 28°C. During this time, the weather is less rainy, the waves are quiet and convenient for the ship to travel from Rach Gia to Phu Quoc. Coming to this gorgeous island in December, you can sunbathe, snorkel and swim at Long Beach and Ong Lang Beach. Phu Quoc National Park and Suoi Tranh Waterfall are great for picnicking, jungle-trekking, camping, and bird-watching. 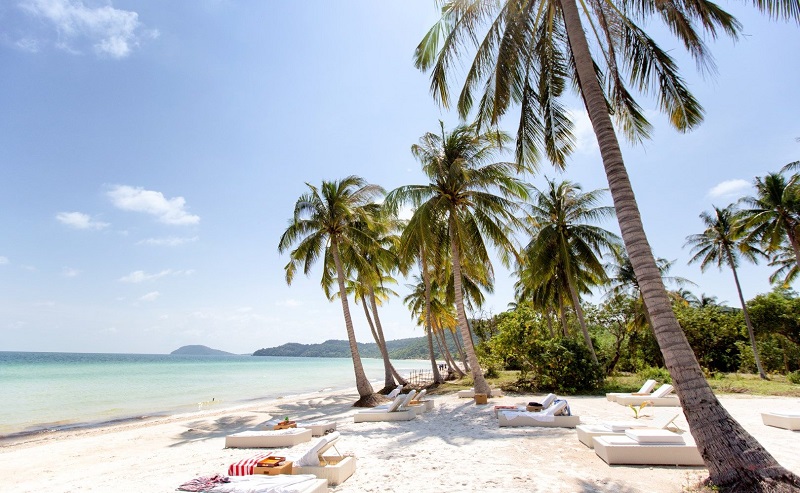 Tips for travel to Vietnam in December

In conclusion, Vietnam's weather and climate in December give a great time to explore both the sea and the mountains across the country. If you are planning for a Vietnam trip, December is always a good time! Hope this Vietnam weather guide will help you out to choose the best time to visit and enjoy the trip to the fullest.

You might want to know about Vietnam weather in January. 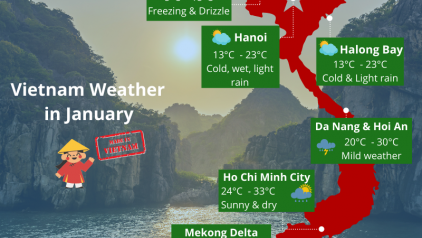 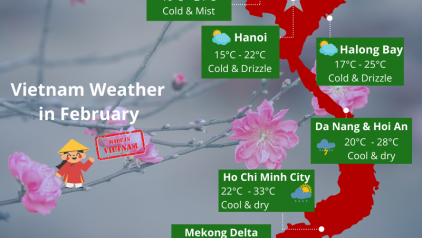