As a brilliant lotus blooming at the crossroads of Norodom and Sihanouk boulevards of Phnom Penh capital. This monument is an Angkorian style tower, built in 1958 to remember the great merits of those who sacrificed and devoted for regaining independence and sovereignty of Cambodia.

In history, Cambodia was under the French protection from 1863 to  1953 and thousands of Cambodian fought constantly and sacrificied their bones and blood to regain independence for their country. The Independence Monument was built to commenmorate Cambodia's liberation from French rule. Not only a highlight in the heart of capital, but it is also known as a burial place for sad memories of war period as well as for reminding people remember their country's pride. 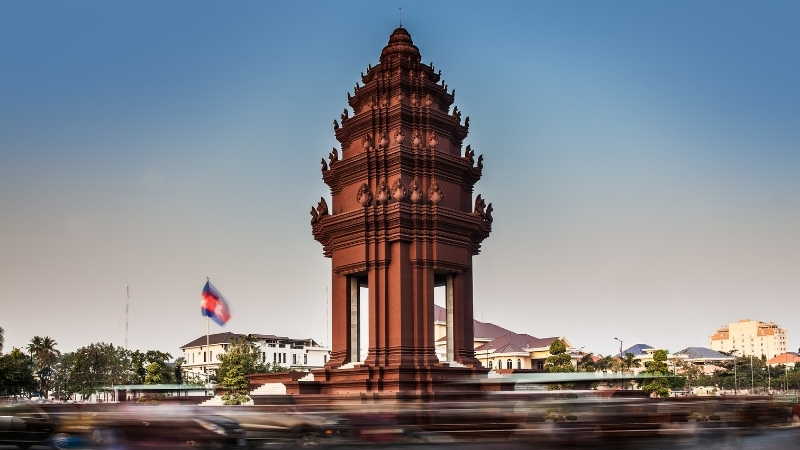 The majestic tower rises 20 meters in the air as the blooming lotus, designed by Cambodian architect named Vann Molyvann. He said that lotus is a symbolic flower representing purity and awakening. Lotus flower also appear in many other Cambodian structures such as Angkor Wat and other Khmer historical sites. The color covering the monument uses mainly purple. Under surrounding is a sprinkler fountain, lighting up red, blue and white light (the color of the national flag) at night and it is an impressive sight when you walk or drive through the capital, you cannot miss seeing it. 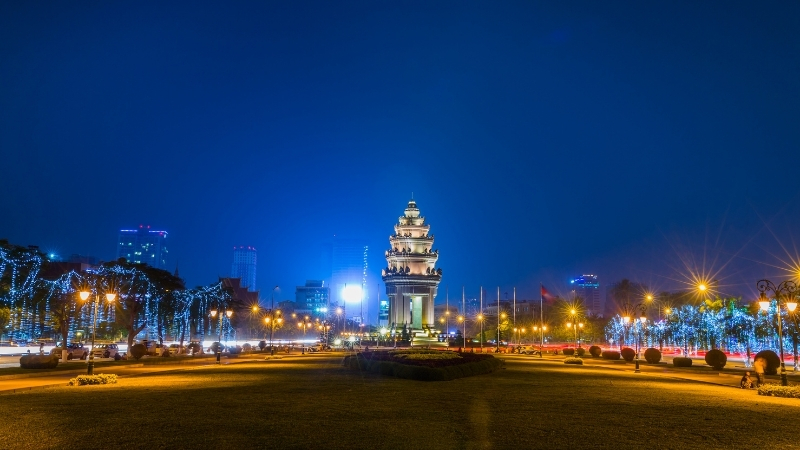 With its important location, beautiful and meaningful architecture, Phnom Penh's Independence Monument is usually used as a place for celebrations such as Independence Day on November 9th and Constitution Day on September 24th, be a chance for Cambodian people and foreign visitors to enjoy the serenity of this monument as more magnificent on these important days.

The Independence Monument locate at the center where being able to walk within a few minutes to other famous destinations including the Royal Palace and Wat Phnom.