Karaweik Royal Palace is a famous tourist destination in Yangon, Myanmar. From a distance, the Karaweik Palace is like a big, golden cruise floating on the bright and sparkling Kandawgyi Lake under the sun's rays. At night, the illuminated, magnificent Karaweik palace floats on the peaceful Kandawgyi Lake. 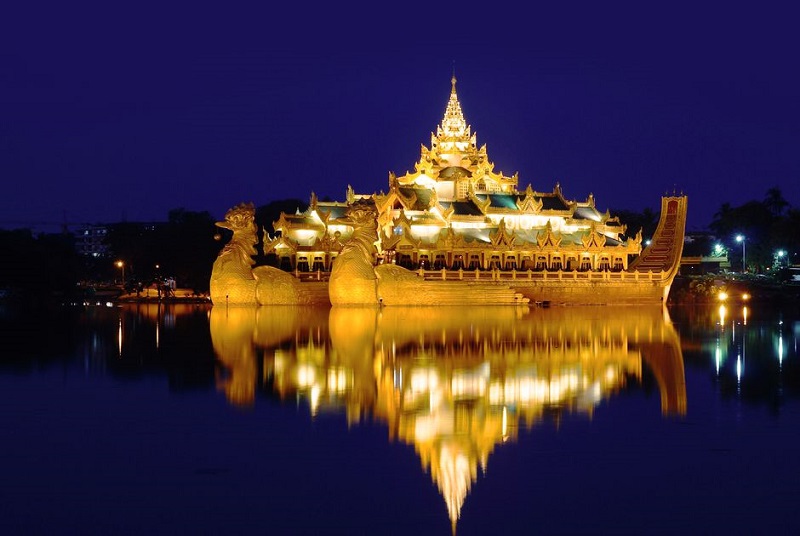 The Karaweik Palace was built of concrete with the two giant golden bird shapes and the roof is the same as Pyatthat. Karaweik Palace has spacious interior space, like a cruise, was built in the image of a Karaweik which is a bird in Burmese mythology. Karaweik was built in 1974, based on the architecture of Pyi Gyi Mon Royal Barge, the Burmese king palace in ancient times. In the past, it was used for government offices, now the Karaweik Royal Palace has become a restaurant and a venue for artists to perform traditional dances of the country, as well as to introduce Myanmar's artistic culture.

In Karaweik Palace Royal Culture Show, you are able to enjoy many traditional Myanmar Dance, such as Oil Lamp Dance is an elegant dance with candles to offer Buddha; Myay Wine Dance appeared in the Innwa period, performers wearing the traditional costume of this period and dance with torchlight; Human Vs Puppet Dance; Dancers in red costume perform in Pakhan Ko Gyi Kyaw Dance, etc.

Inside the palace are a meeting room, reception room, theater, and buffet restaurant with a variety of dishes and drinks. The Ottara dining room is a really luxurious area, located in the center of the restaurant. This dining room is also where a special art show takes place every night to serve diners and tourists. Dekkhina is another dining area on the other side of the ship with a view of the lake. Shwe War dining room is located in the middle of the gold seahorses. This area has a closer atmosphere than other areas with steep ceilings, but certainly no less charming. 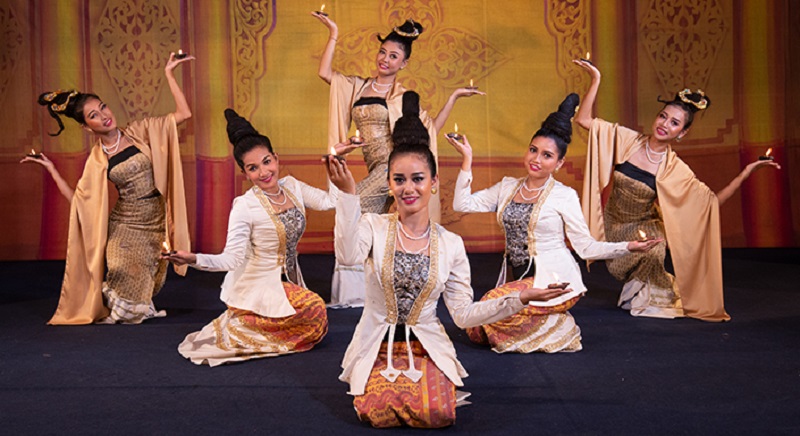 On your Myanmar tour, it is missing if you do not have a chance to experience a diner in Karaweik Royal Palace. Besides the unique royal cuisine, you can also watch the Royal space as well as enjoy the unique traditional Myanmar art. 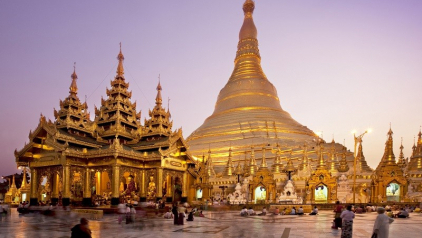