Thanks to its fascinating sceneries filled with rugged rice terraces, steep valleys, gorgeous mountain peaks, ancient ethnic villages, Sapa has long been an attractive spot welcoming tourists from all over the world. Coming to Sapa, travelers are not only exposed to spectacular nature view but also get the chance to experience ethnic local culture, which is highly interesting in terms of culture exchange and discovery. 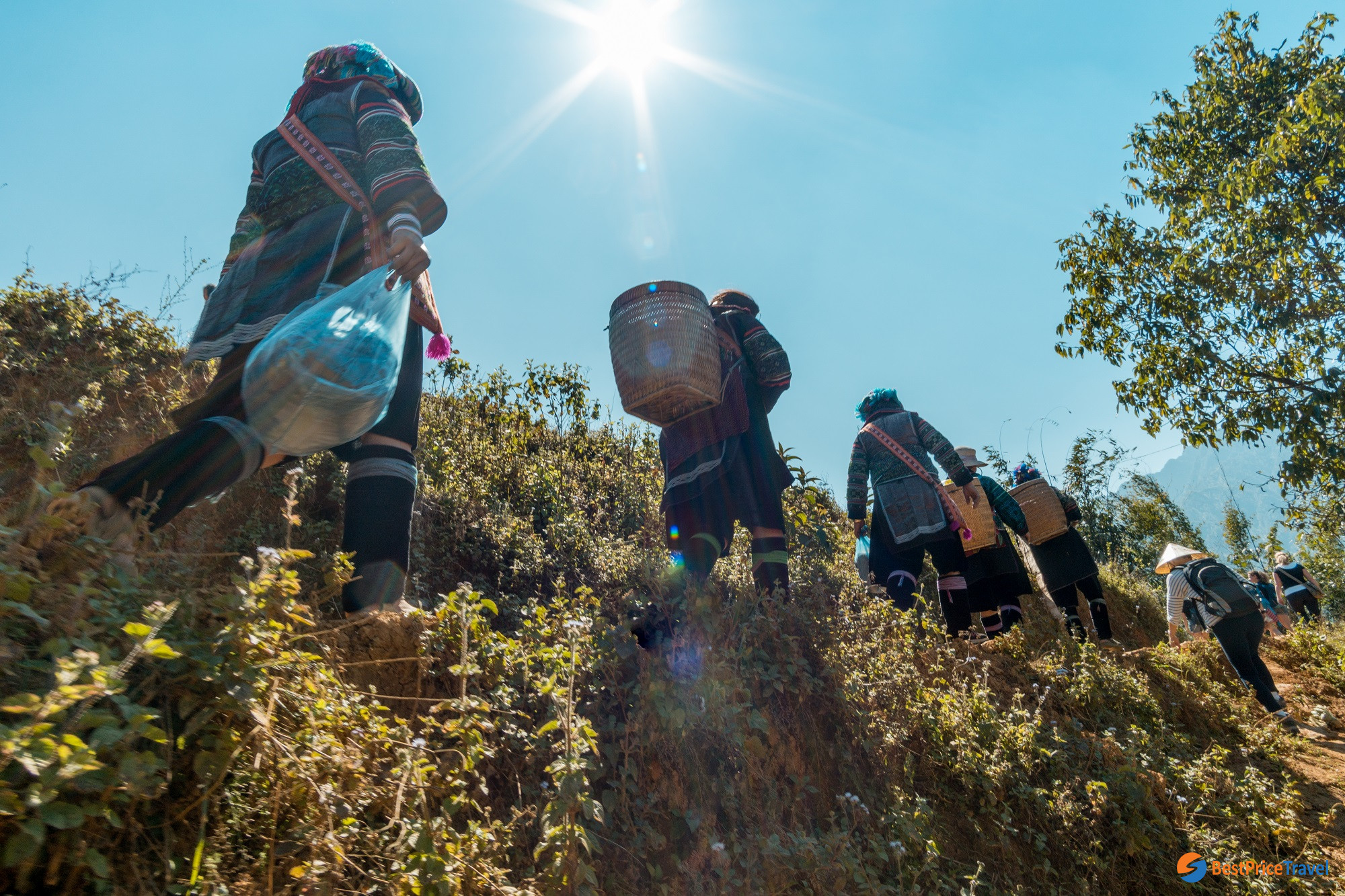 Being a frontier township of Lao Cao Province in Northwest Vietnam, Sapa was first inhabited by a group of ethnic people, whom experts thought to be present from the 15th century. Sapa came to the attention of the French in 1901 and located a military garrison here 2 years later. Their camp was named Sapa, after a nearby market.

When the French came in, all existing ethnic locals (mostly the Black H’Mong) was moved to resettle in Sin Chai village. It was not until 1906, when the railway line from Hanoi to Lao Cai was completed, some very first visitors began to arrive. The establishment of Cha Pa Hotel in 1909 marked the first milestone for Sapa tourism development. In 1913, a military sanatorium was also opened to treat sick expatriates who were believed to benefit from the fresh mountain atmosphere.

Sapa had been through sever damages from wars such as Viet Minh’s attack in February, 1947 or French’s command to bomb the town by air force in March 1952. Government offices, hotels, the French private villas were mostly destroyed. During the rough time, the remaining Vietnamese population could not return to their hometown until early 1960s, when the town began to develop once again.

Within 15 years changed rom a sleepy backwater into one of the busiest tourism hubs in Vietnam, Sapa has opened for foreign tourism from 1993 and continue to welcome tons of travelers from all over the world until present day. 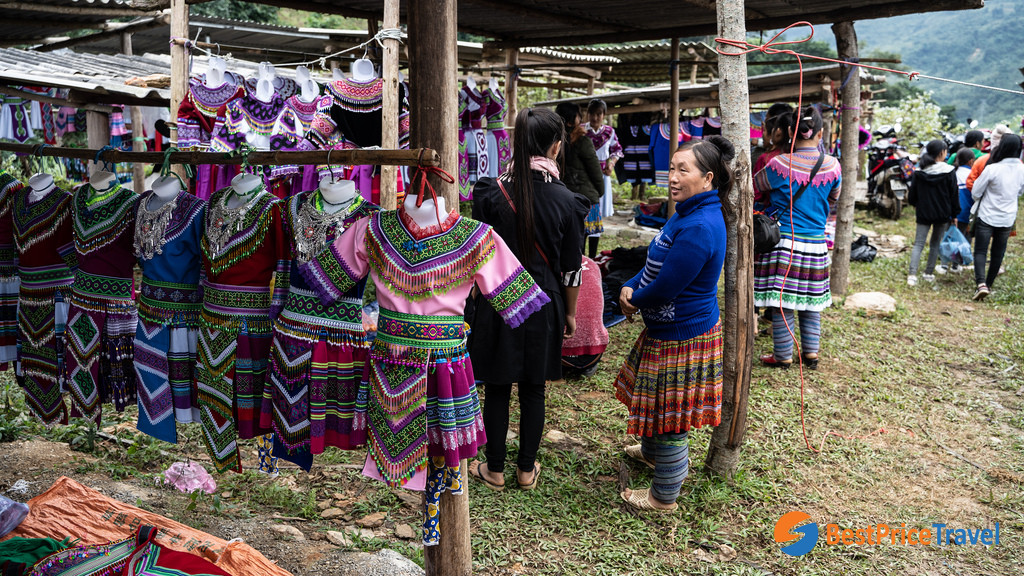 Here is the home of both the Giay and the Black H’Mong individuals. In this village, travellers often feel welcomed from all houses of the hospitable people. The locals would love to help you learn about their culture and special customs, including some daily activities such as weaving fabric and textiles. To encourage the locals’ traditional craft, tourists are suggested to buy the products not only for their distinction and beauty but also the practically useful features, such as brocade scarves, embroidering cuíhions or ethnic instruments for souvenirs.

There are many ethnic traditional customs that could plus in your trip, from ancient customs like “pulling wife” (which a man can “kidnap” a girl to stay at his house for 3 days to decide if she wants to marry him) to interesting night life ike bamboo dancing, eating Thang Co (Sapa’s famous specially seasoned horse meat dish), ...

The best time to visit Lao Chai is from September to next April, when the village is decorated beautifully by the most wonderful rice terrace fields. Especially from September to mid-December, the weather is perfect for sight seeing and trekking trips.

Travelers are recommended to avoid visiting Sapa during June to September, when it is rainy and the road surface is slippery and dangerous to drive/ ride of trek. 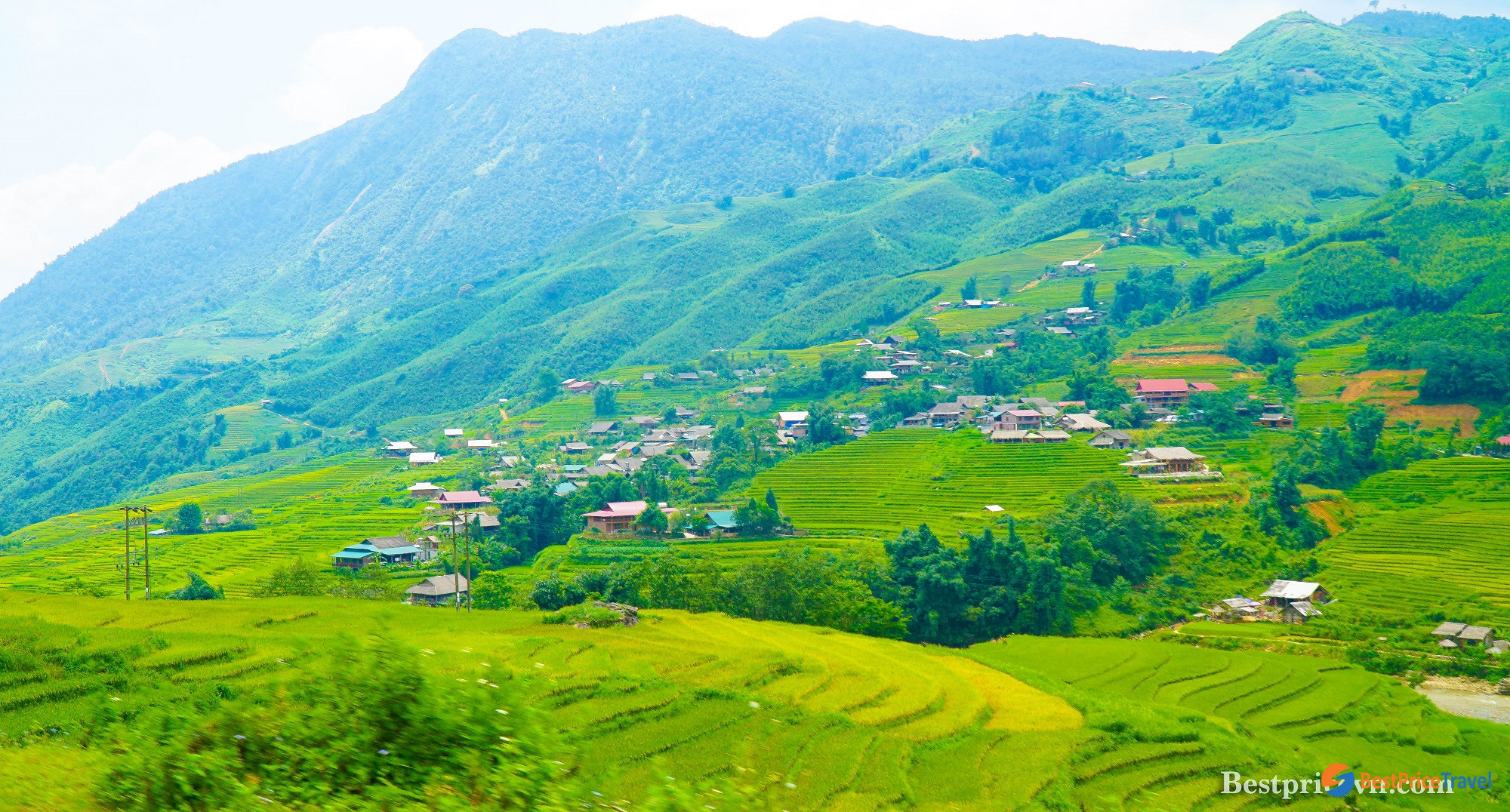 Most tourists come to Sapa from Hanoi by train or bus. It takes only about 5-6 hours by bus. But the paths are quite stiff, narrow and slippery, which can break your heart when drivers driving upwards. For a safer option, travellers may choose to travel by an 8-hour overnight train to Lao Cai train station. The train route between Hanoi and Sapa offers relatively comfortable sleeper cabins for you to relax before the wonderful journey.

From Lao Cai train station, it takes an hour to drive to Sapa town. Travellers can take a taxi to the town or reach right away to the preffered attraction. 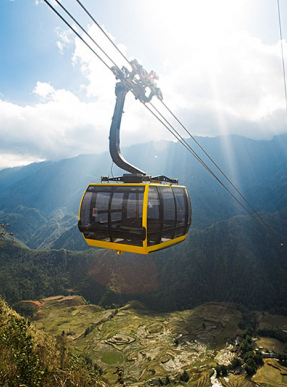 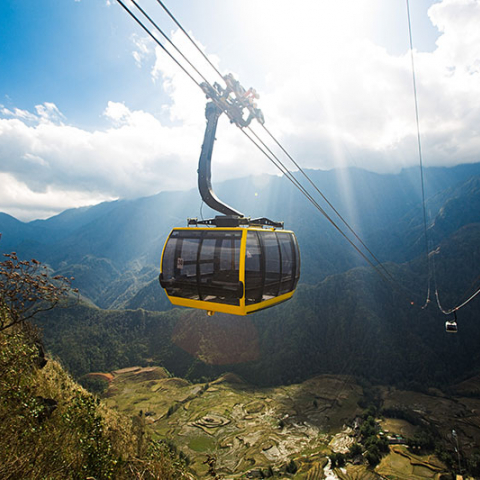 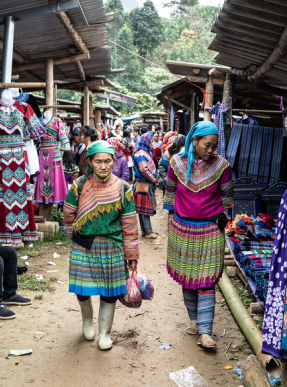 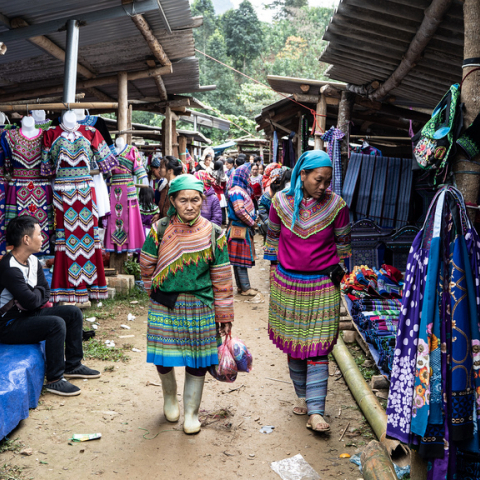 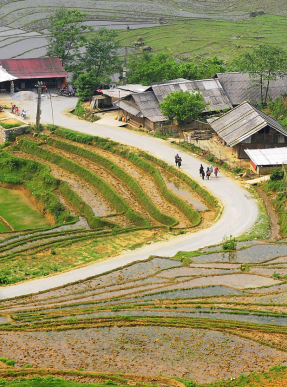 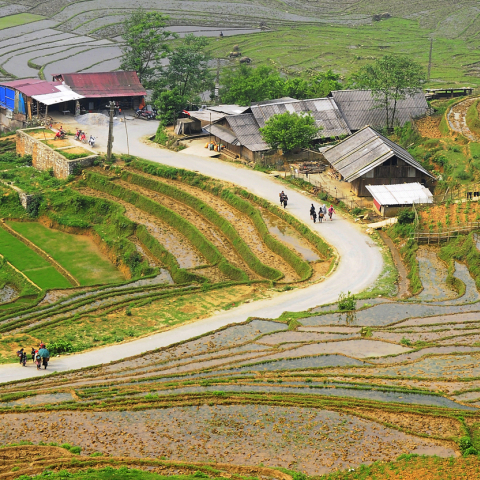 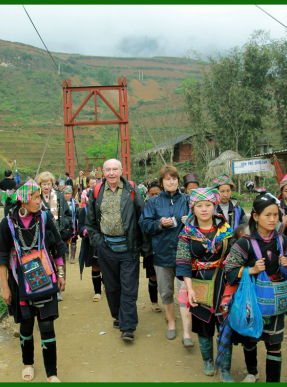 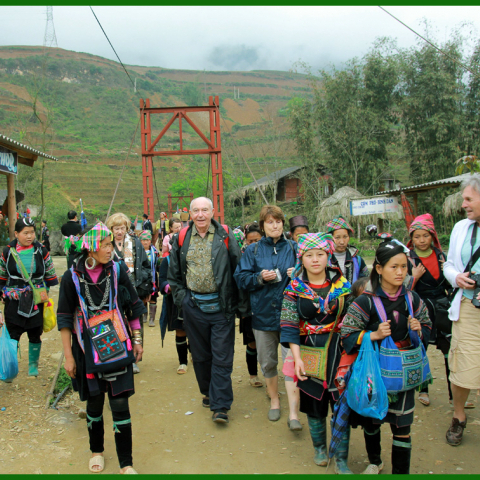 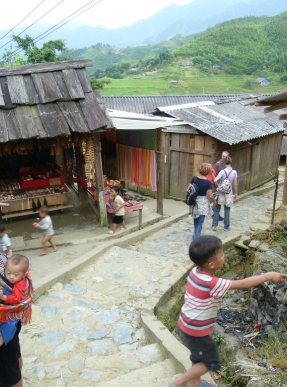 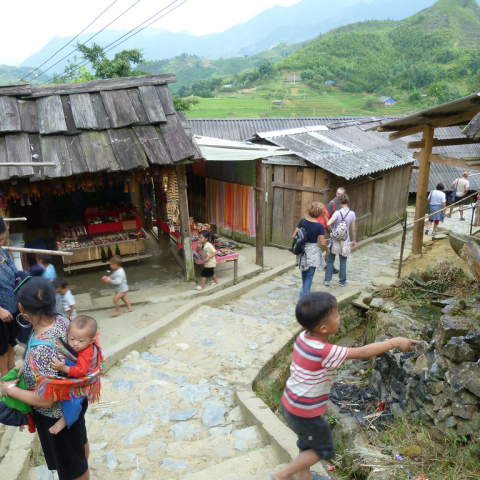 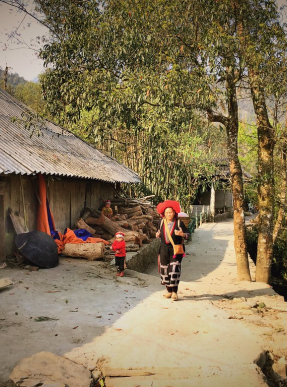 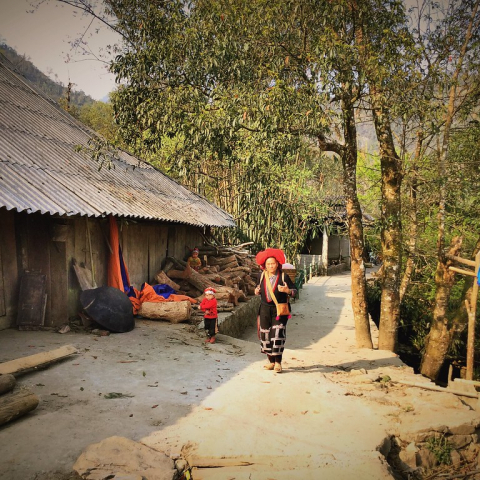 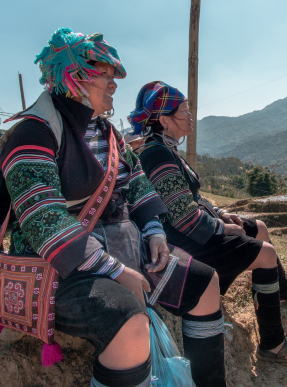 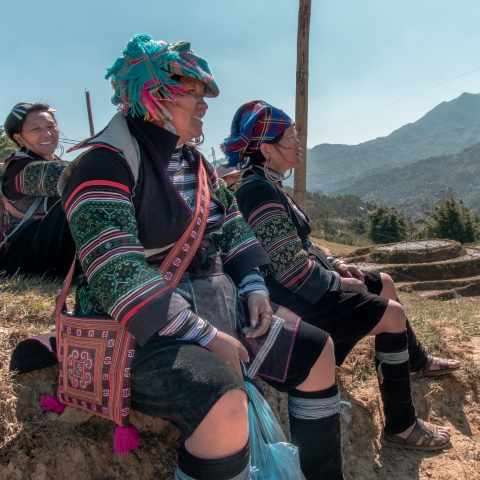 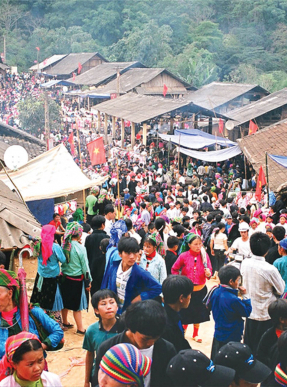 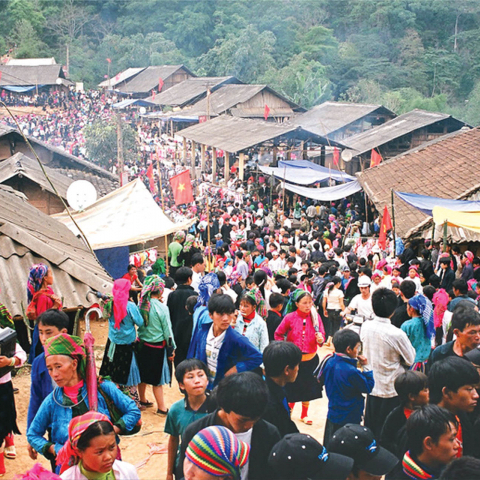 Sapa things to do

Top 5 Outdoor Activities in Northern Vietnam
If you have a chance to visit the North of Vietnam, don't miss the top 5 outdoor activities…
369 View

How to Travel From Halong To Sapa?
Halong and Sapa are two of the most beautiful destinations everyone…
222 View

What Is The Best Time to Visit Sapa?
Thanks to its high altitude, Sapa is an ideal location for summer…
10921 View 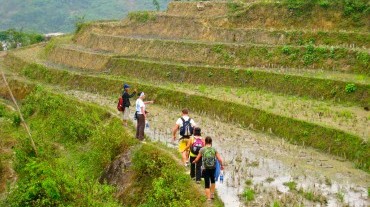 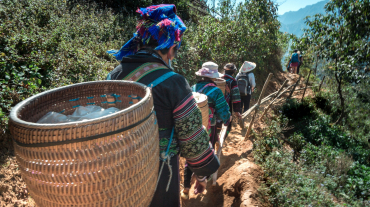 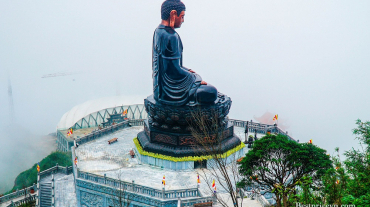