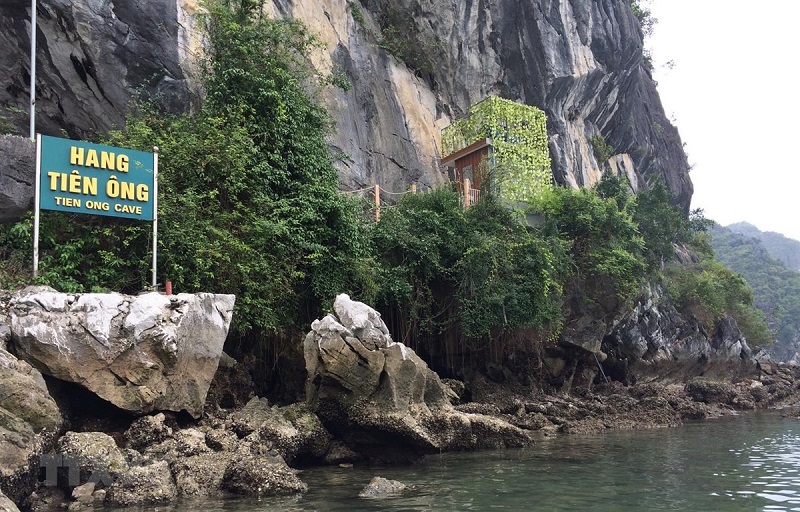 The entrance of Tien Ong cave is very wide (70m), the cave floor is about 5m high from the water level. Outside the cave, there are many falling stalactites - geological tectonic traces of nature. The cave is quite a slope inside, about 50m deep. According to a survey of Ha Long Bay Management, Tien Ong cave is about 1,000m2 wide. In the middle of the cave, the stalagmites dropped from the top and grew from the bottom up to form a wall, dividing the cave into two spaces.

In the inner space, there is a stalactite block, which looks like a god so people take that name and call it: Tien Ong cave. The cave face turns to the southeast, in front of the cave, there are many stalactites falling down, so the air in the cave is always airy and cool in the summer, in winter, it can avoid cold winds. 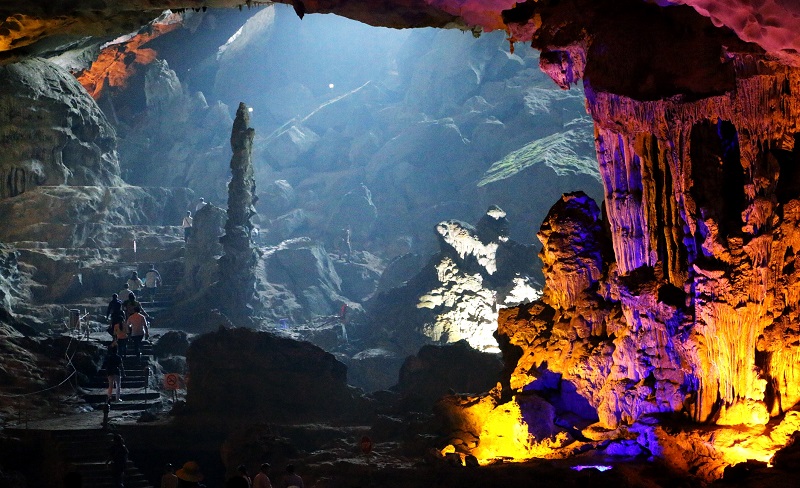 75 years ago, in 1938, a Swedish archaeologist named J. Anderson went on a journey to survey ancient Vietnamese traces along the coast and many islands of Ha Long Bay and Bai Tu Long Bay, including Tien Ong cave. There, he discovered gigantic sediments filled with stream shells and some primitive pebble tools. Then, Tien Ong Cave has been marked as an archaeological site on the distribution map of ancient Ha Long relics on Ha Long Bay.

Tien Ong cave is an indispensable address for scientists as well as tourists who want to learn about the history of the residence of ancient Ha Long people on Ha Long Bay.