Many countries in Southeast Asia such as Cambodia, Laos, Myanmar, Thailand often celebrate the New Year following Buddhist calendar with the traditional water festivals in the middle of April (12/4 – 16/4). Due to being held at the same time, the ritual and cultural activities in each country have quite similarities.

Water Festival is one of many traditional festivals in Southeast Asia. Lao people call it as Bunpimay Festival, Thais name it as Songkran Festival, the Cambodians are proud of their Chol Chnam Thmey Festival, and the Burmese call Thingyan Festival. The festival is meant to bring coolness, prosperity to all things, and to purify human life. On these days, people often splash water on each other to bless, with the luck and pray for a happy new year.

Bunpimay Festival occurs from 13 - 15th April according to the Buddha calendar. It is often celebrated throughout the country but the most fun is in Luang Phrabang and VangVieng. Travelers can enjoy the truly festive atmosphere with a lot of interesting folk games and also visit the wonders of Luang Phrabang. On this occasion, the Laos people gather to pay respects to the Buddha, bathe the Buddha statues with aromatic water, listen to the preacher, and splash houses, temples, trees, animals to wash away bad things, sickness, and wish a healthy new year. 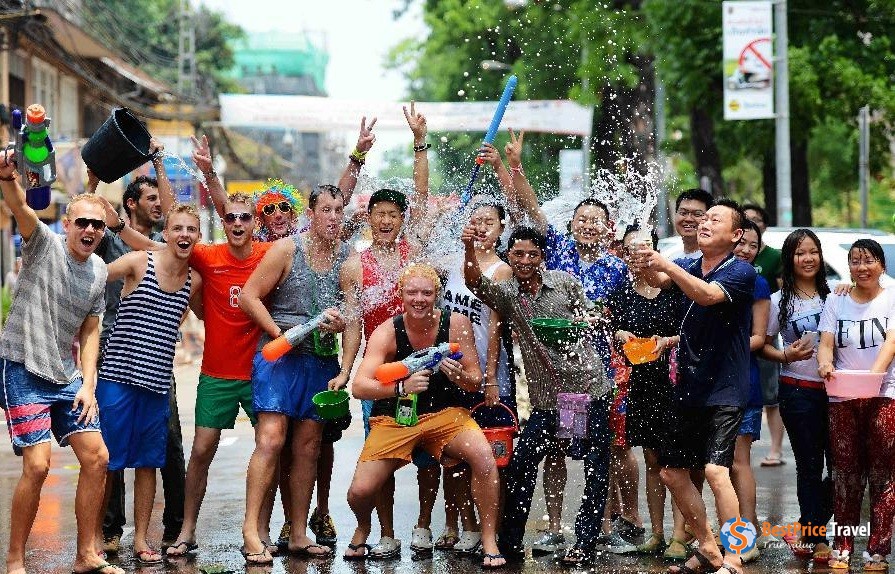 Besides water rituals, the Laos people have another unique custom that is tying thread around the wrist. They tie colorful threads as sending luck and health to the person being tied. This custom is simple and rustic but it reflects deeply the gentleness of the Laos people. During Bunpimay Festival, they gather together to sandstone in the temple courtyard, decorate with flower lights, pennant flags, and colorful clews to the monks, and hope that a new year is wealthy as much as the grain of sand on the mountain.

Read more: Laos - A Land of Festivals and Celebrations

The traditional Thai New Year, Songkran is held annually from 13-15thApril. This is the time when Thais show their respects to Buddha, clean houses, and prepare food. According to their custom, people will come to riversides or coasts, build sandy temples, and pagodas; they believe that each grain of sand will take away their sin. Early in the first morning of the New Year, the locals usually do some temple rituals, thurify, and splash the elderly with water to pay tribute to them. At home, the Buddha images are wiped and scented carefully. During the Songkran Water Festival, many parades, beauty contests are held. People wear colorful costumes and cook traditional foods.

The Water Festival in Thailand attracts many more tourists than the other countries because of its organizational scale and entertainment. You can easily catch the image of the huge elephants joining the festival with people and they feel even much funnier than us because of being bathed itself into the water in the hottest weather month. Especially, during Songkran Water Festival, people will splash water on each other with buckets, water guns, water balls, etc, the more you are wet, the luckier you receive in New Year. So do not hesitate to pour a big bucket of water on your friend these days if you travel to Thailand. Bangkok, Pattaya, Chiang Mai, and Phuket are ideal cities to enjoy an entirely interesting festival atmosphere.

Chol Chnam Thmay Festival is also celebrated from 13th to 15th April every year and visitors are usually interested in coming to Siem Reap and Phnom Penh to join the water festival. The costumes during the holidays are almost similar to the countries mention above, but one special different thing you cannot miss in the Cambodia water festival is the Apsara dance show. Apsara is Cambodia’s national spiritual dance. This art requires elegance of the dancer through skillful hands, radiant face, and standard body. 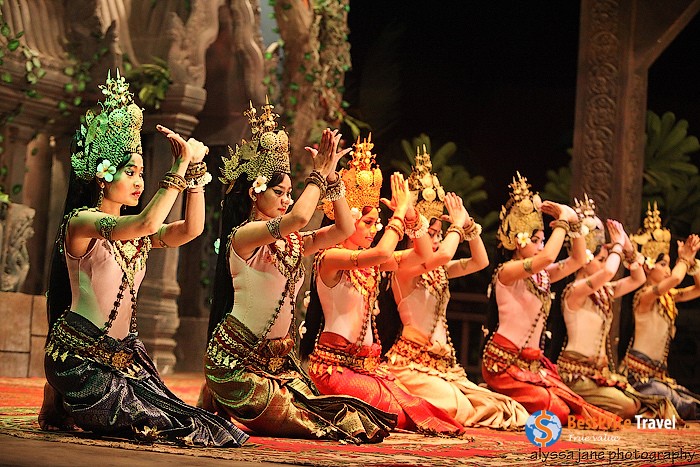 Traditional Apsara dance of the Cambodians

Besides joining the water festival, visitors will have a chance to enjoy traditional Khmer foods such as Amok, Khmer red curry, fried crab, fried beef, etc, cooked with scented wine. You will definitely have a relaxing trip and lots of laughs with local citizens. 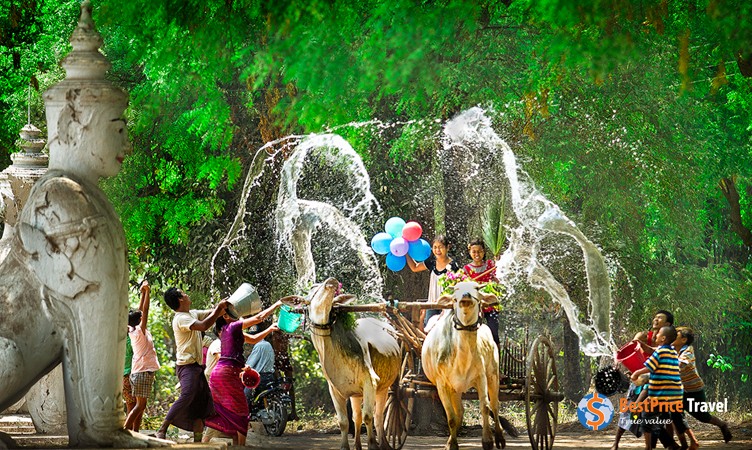 Thingyan water festival originates from a legendary story relating to the gods. According to the narratives of the Burmese, God Indra and Brahma are arguing about astrology, but no one loses so they make the condition that the loser will lose their head. Eventually, Indra won but he could not throw away Brahma’s head to the sea because it would drain the water, nor could not throw it to the ground as the earth would explode. Indra decided to give Brahma’s head to the Nat (Gods who protect the Burmese) take turns to hold that head. New Year’s Day is celebrating to transform the head from Nat to Nat. Meanwhile, the Burmese believe that every year, Gods are sent down to earth to take care of and protect human life. Thus, according to legend, the New Year festival in Myanmar comes from the meaning of wanting to keep the peace for all things in the world and pray for the blessing of the gods.

The water festivals from countries in Southeast Asia mentioned above are held at the same time with some quite similar rituals and activities during the holidays. So it is up to you to decide which country you want to visit in April – the month of Southeast Asian countries’ water festival. 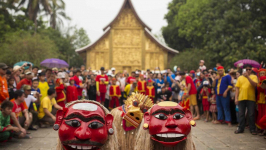 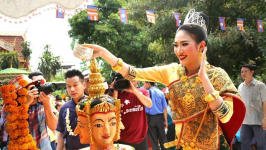 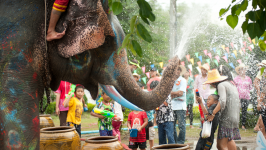