As one of the spectacular rituals in Halong Bay, Tra Co Temple Festival offers tourists many cultural traditions to discover and interesting things to do while traveling to Halong.

The communal house is a symbol of a community, the democratic autonomy of a village. This is also the cultural center of a village, a site for ritual ceremonies as well as a destination for the villagers to gather and spend quality time with one another. Since the Le dynasty, in every village, there was a communal house playing as a cultural and religious institution which marks the uniqueness of the traditional village structure. Constructed from the Late Le Dynasty in Mong Cai, Tra Co communal house is the one with such origins and characteristics. 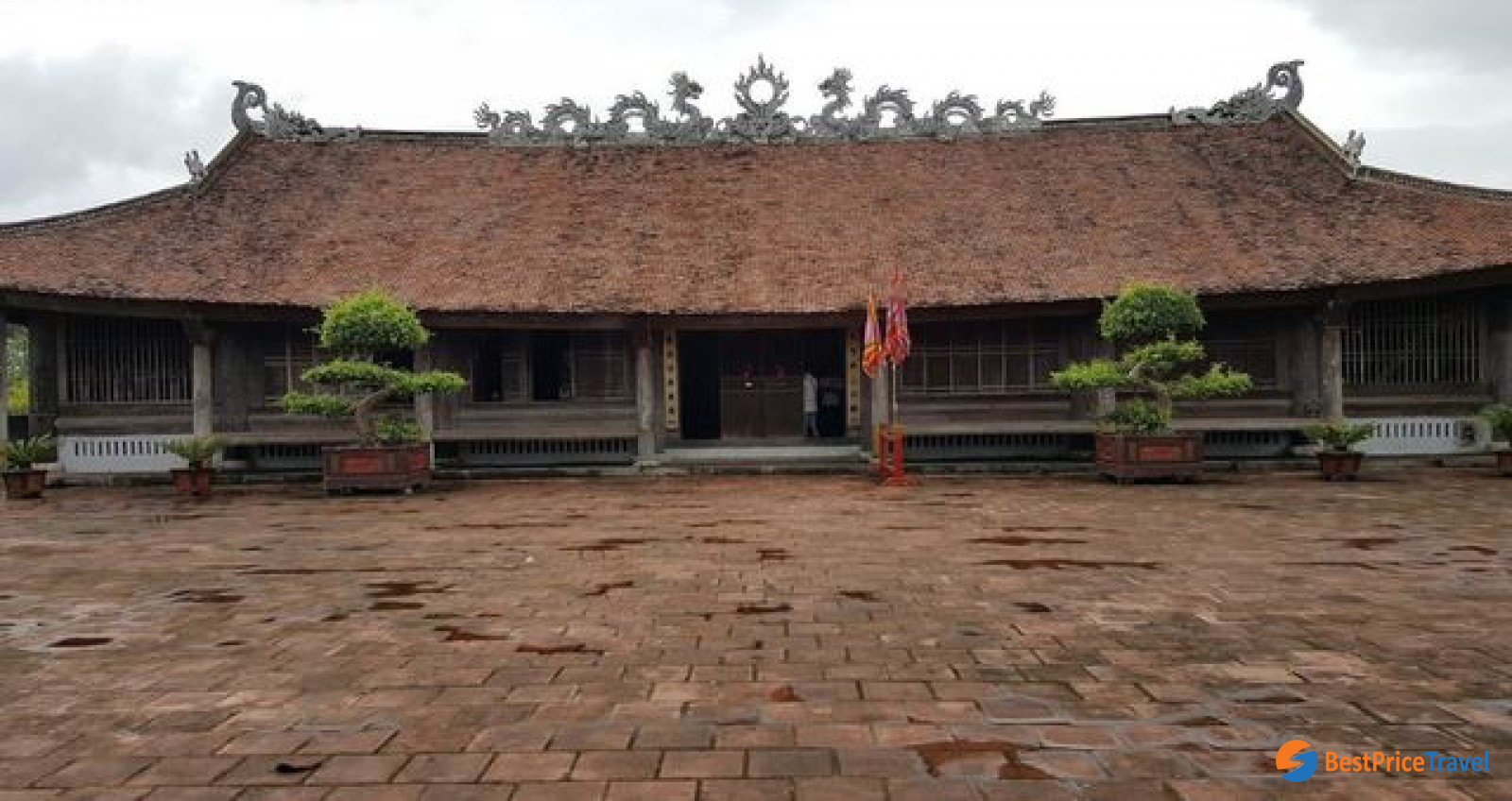 Tra Co Communal House is one of the typical cultural, artistic, and architectural relics of Mong Cai City which has been ranked as a vestige by the Ministry of Culture and Information. Every year, from May 30 to June 3, at Tra Co communal house, Tra Co Temple Festival takes place in a lively atmosphere. This is typical for the folk-type festival in Mong Cai city in particular and the whole country in general. Annually, Mong Cai City and the locals in Tra Co are always excited to prepare and welcome tourists to the festival of Tra Co communal house - a festival showed the unique characteristics of coastal cities.

Tra Co Temple Festival is organized into two parts including the ritual ceremonies and the festival section. The first part consists of ritual ceremonies and the procession of the Gods. Tra Co Temple Festival comprises cultural performances, calligraphy writing along some fun games such as tug of war, stilts, and volleyball. Especially, the unique feature of the festival is the "Mr. Elephant" contest. 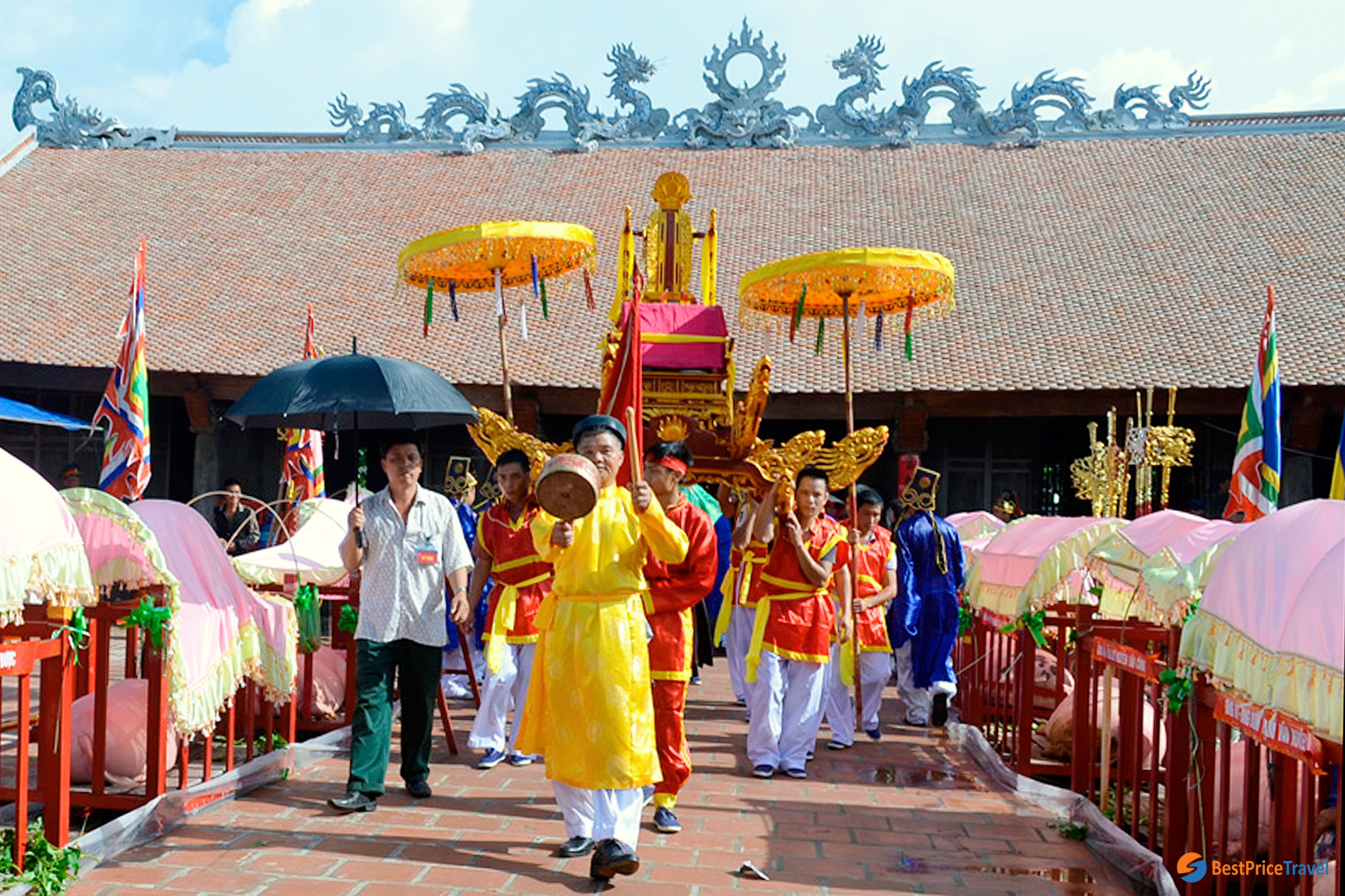 This ceremony is celebrated annually and has become a remarkable characteristic of Mong Cai. According to tradition, before opening the festival, Tra Co communal house arranges a meeting and selects 12 people, called "the crowd", to prepare for next year’s festival. Remarkably, even if the task is well done, each person is only honored to be a once-in-a-lifetime horde. From the beginning of the year, every gang will raise a pig. At the time of the festival, the “crowd” that owns the best-looking pig will be awarded the first prize. Currently, at Tra Co communal house, there are still many valuable antiques such as 3 copper incense peaks, 2 cranes riding the wooden turtle statues, 8 wooden statues from the Nguyen Dynasty, and 12 paper titles, all of which confer significant historic importance. As such, by attending the Tra Co Temple Festival, tourists will not only have the chance to enjoy incredible festivities and ritual ceremonies but will also be inspired by the nostalgic atmosphere of the historic site. 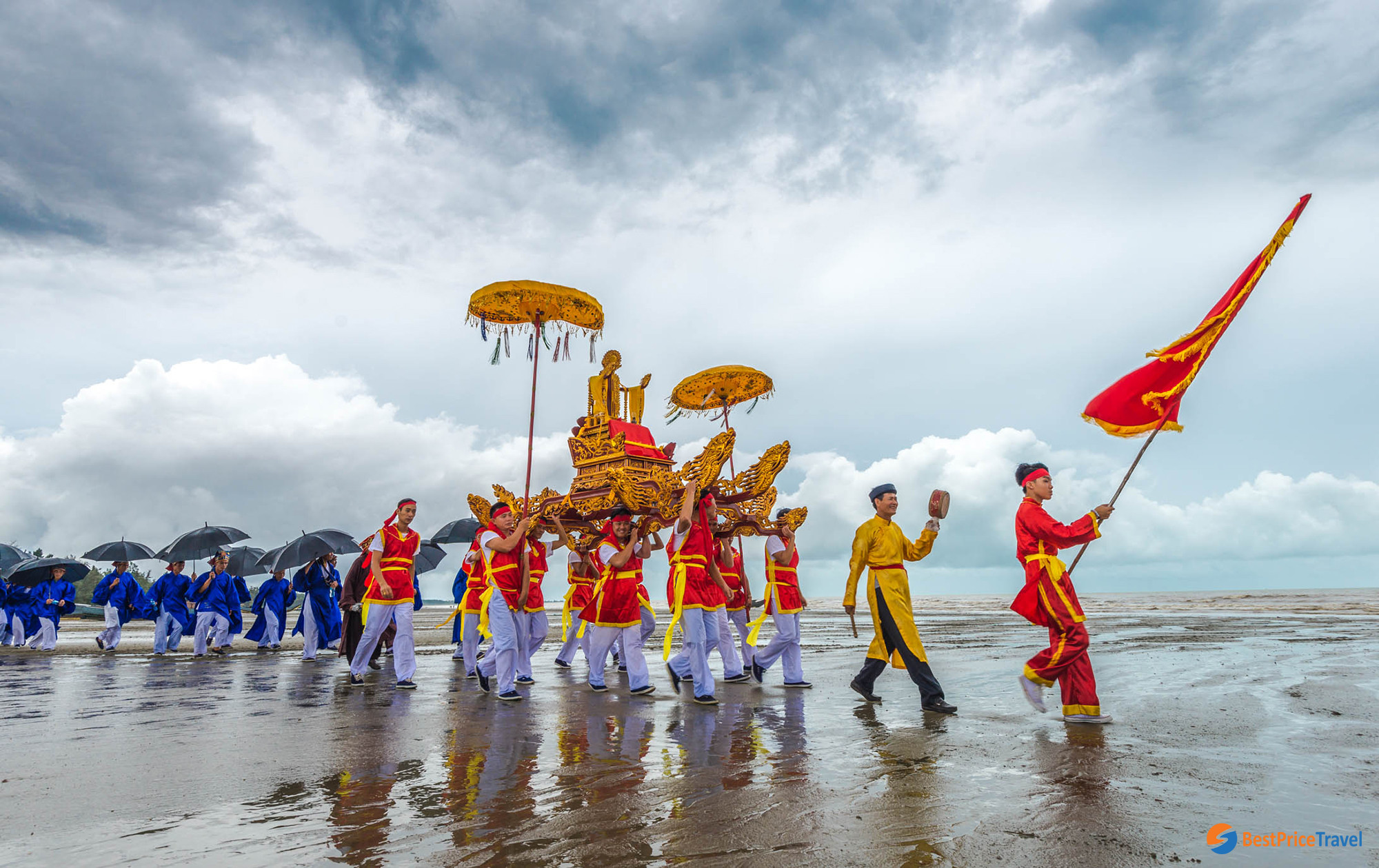 The weather during the Tra Co Temple Festival is quite hot and dry. Therefore, tourists are recommended to bring along sunscreen and water.

For those in search of cultural discovery, Tra Co Temple Festival offers a great opportunity to enjoy both breathtaking scenery and ritual ceremony in Halong. Let’s find out the most favorable Halong tours!