While Halong Bay is best known for its famous natural heritage, the city still has much more to offer. In addition to its splendid natural landscapes, Ha Long also attracts tourists through its spectacular festivals celebrated all year round. One of the biggest festivals recommended for any tourist is the Cua Ong Festival, which occurs during February and March of the Lunar Calendar.

Cua Ong Temple is one of the most popular Tran dynasty relics in the Northeast. The temple has three areas including the Low temple, Middle temple, and High temple, forming a cauldron architectural complex overlooking the majestic Bai Tu Long Bay. The temple has suffered from the devastating destruction of war, yet it was restored and still remained in its original design. 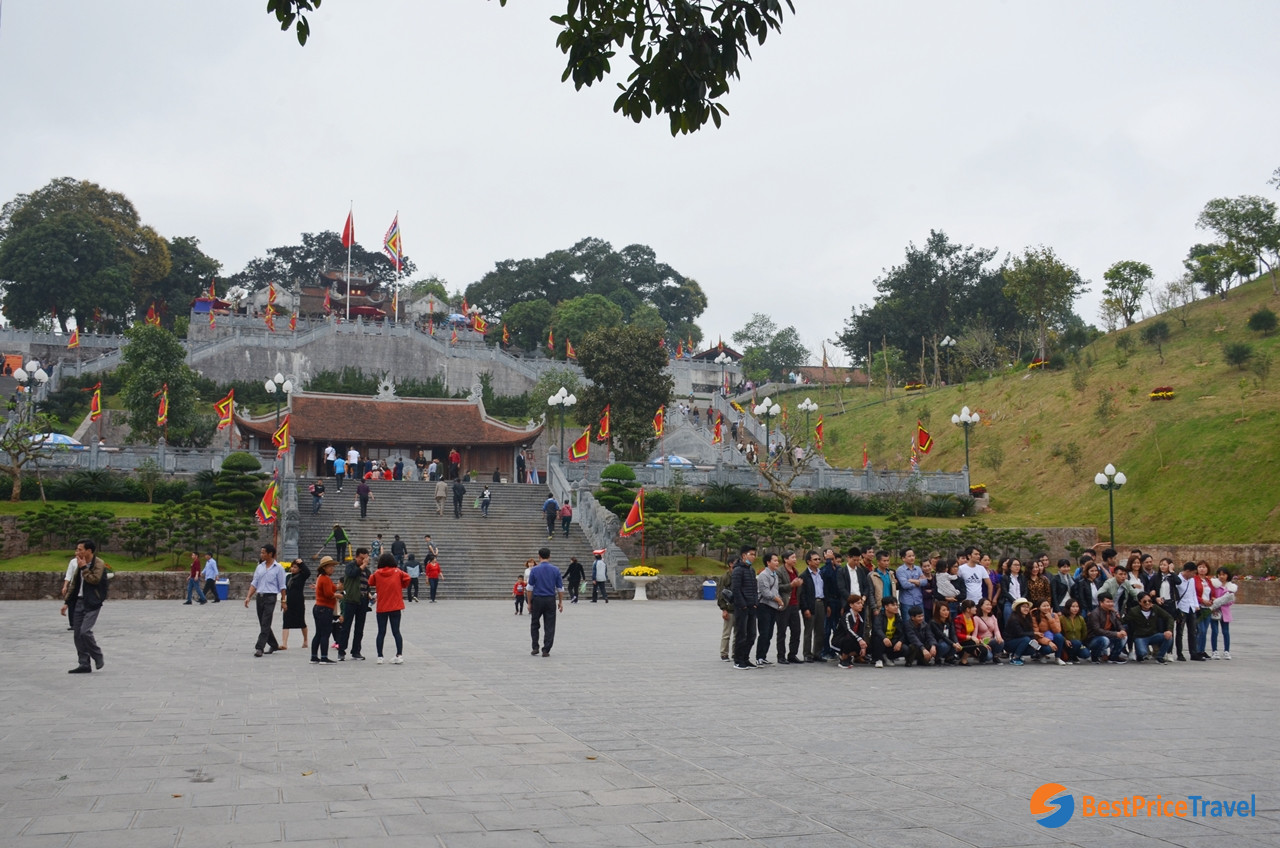 Cua Ong Festival is the only one to fully worship Tran Hung Dao’s family and his courtiers. At Cua Ong Temple, there are 34 precious statues, with high artistic value; all of which are meticulously sculpted by professional artisans. Cua Ong Festival has a sacred reputation that tourists usually come here to pray for some luck and health as well as to pay some tribute to the heroic General of Vietnam. 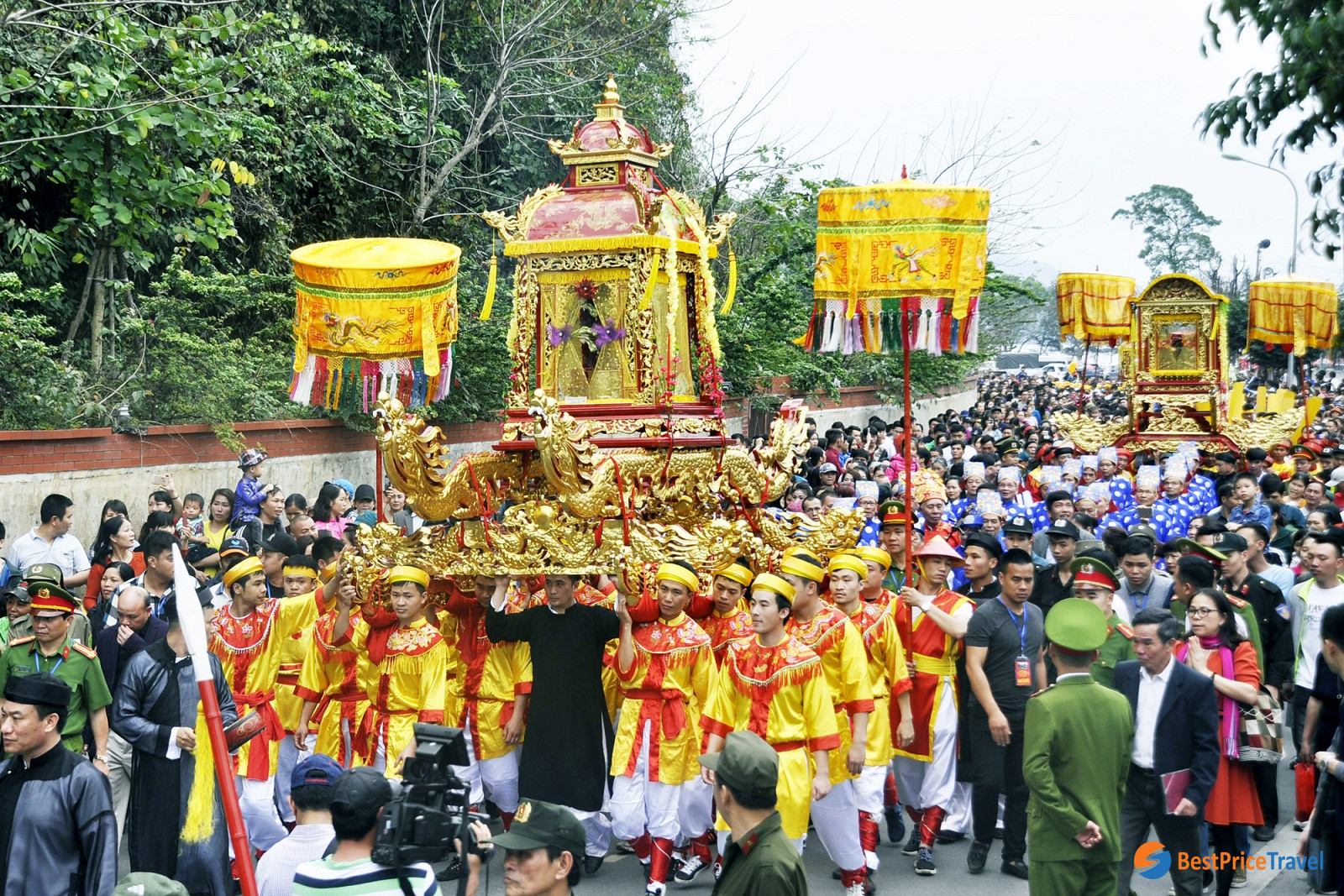 During Cua Ong Festival, Cua Ong Temple is filled with either domestic or foreign tourists. Visitors can travel by land via Ha Long City, or by waterway along Ha Long Bay, through Bai Tu Long Bay to the door of Ha Temple. The spectacular ceremonies consist of the procession of Tran Quoc Tang and incense offering to commemorate the mighty General. After spectacular ceremonies, many folk arts, sports, and fun activities are taken place such as dragon dance, flagging, blindfolding, drumming, or tug of war.

It would be regrettable to leave Cua Ong Festival without stepping up to the High Temple. From here, tourists can observe the breathtaking view of Bai Tu Long Bay with countless mountains in spectacular shapes, which will surely satisfy even the most difficult guest. 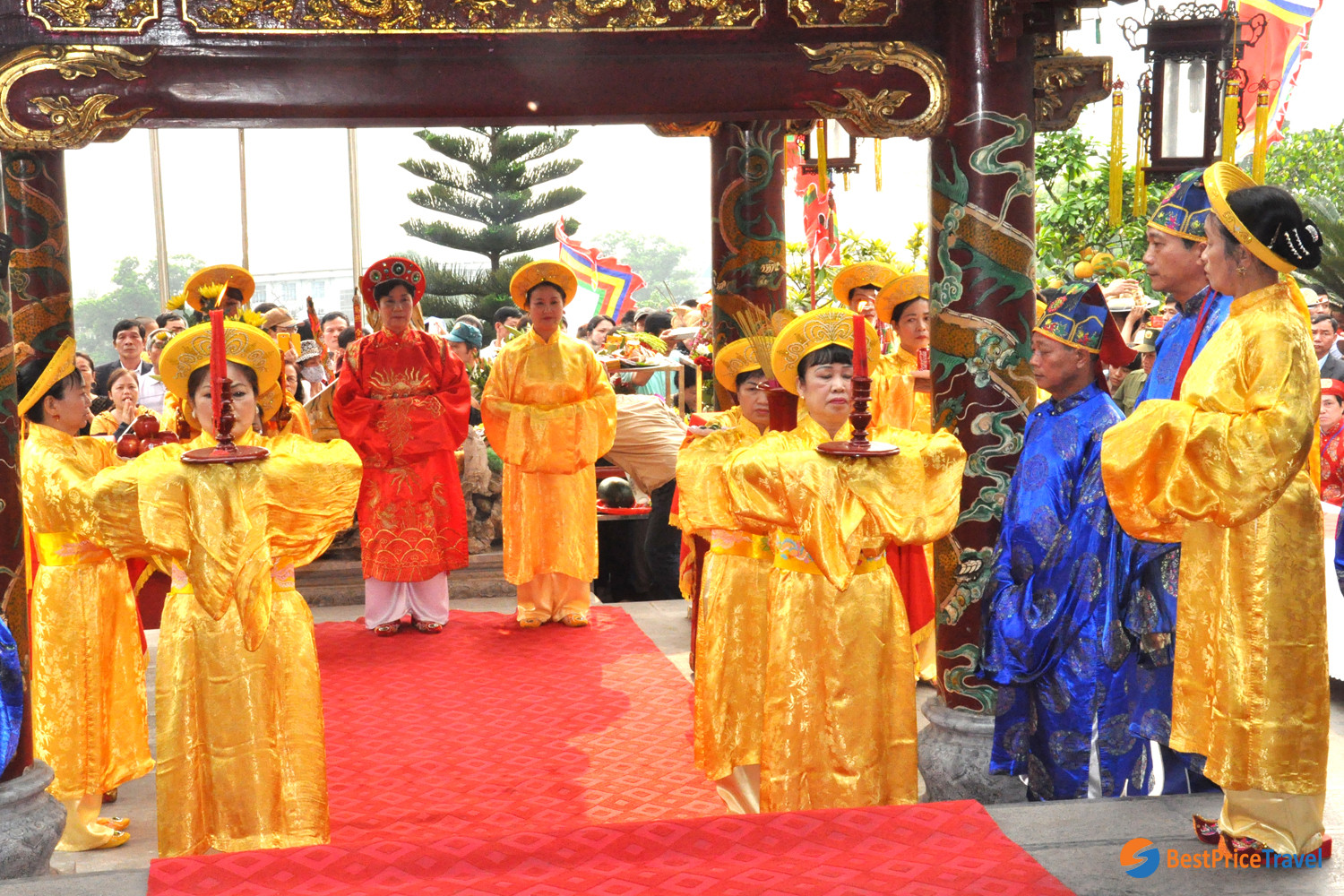 The weather during the Cua Ong Festival is pretty comfortable. At this time, the sky is clear and sunny while the temperature is quite cool and pleasant. Don't forget to bring a thin sweater in your suitcase.

If you visit Halong during February and March in the Lunar calendar, don’t forget to immerse in the excitement of the Cua Ong Festival. Let’s enjoy your Halong trip with BestPrice Travel.

You may also like Tra Co Temple Festival: A Spectacular Ritual In Halong