Summer in Halong Bay is the most wonderful time for beach activities. Let's figure out what to expect in Halong Bay on summer vacation.

Boasting majestic natural landscapes, Halong Bay is one of the most touristy destinations that you should not miss during your trip to Vietnam. Thanks to the clear division of the weather, Halong is always an attractive destination for tourists around the world. Summer in Halong Bay especially is the peak tourist season due to the nice summer weather in Halong Bay. This time is suitable for trying out every exciting summer activity in Halong Bay.

How is the summer weather in Halong Bay? 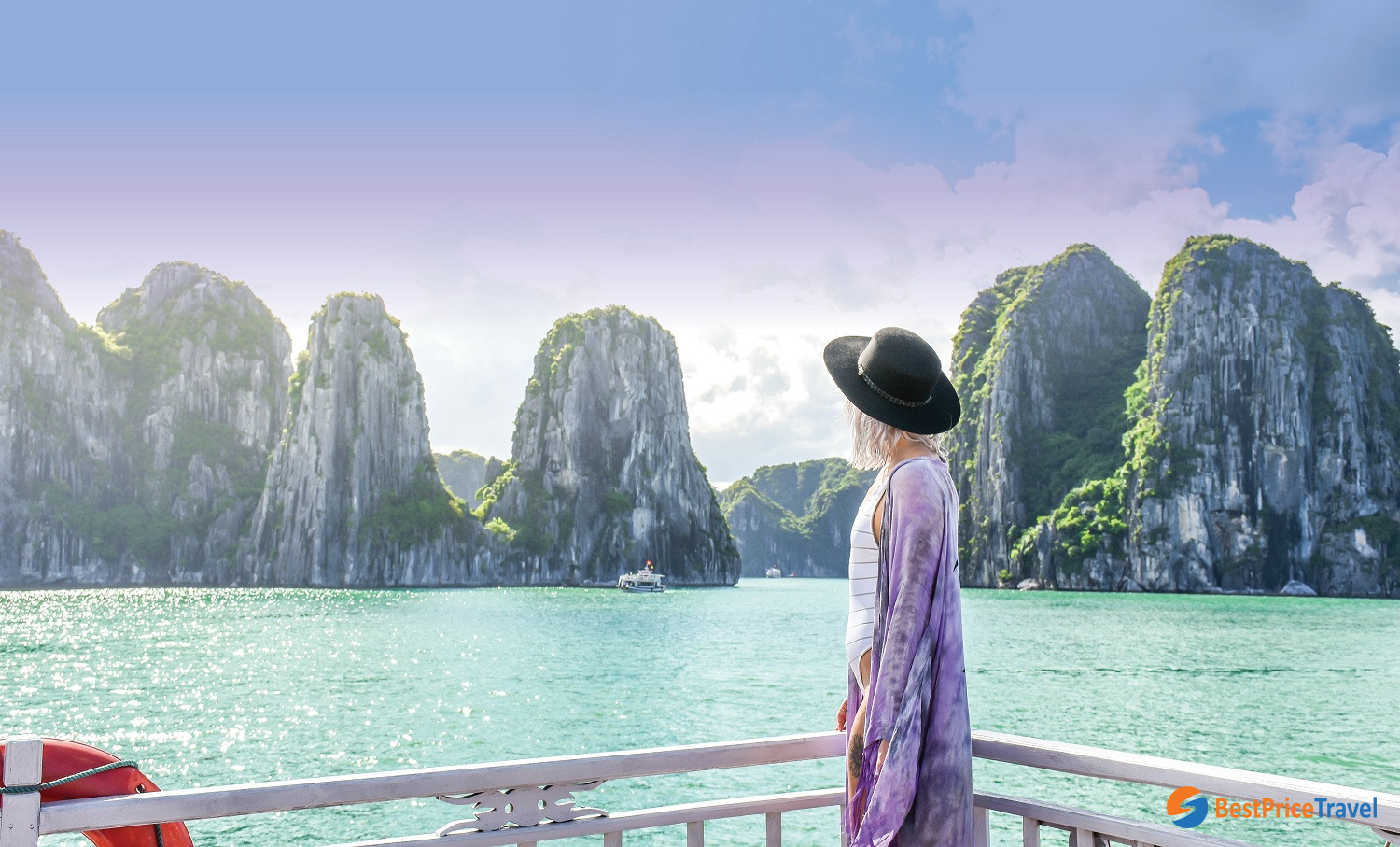 For more details: Halong Bay Rainy Season: Should You Travel or NOT?

What to expect in Halong Bay on summer days

Summer is the best time to visit Halong Bay for families to go on vacation. Halong is not only famous for the shimmering beauty of caves, and the magnificent mountains rising above the sea, but this is also a paradise to immerse yourself in the clear blue water with fine white sandy beaches. 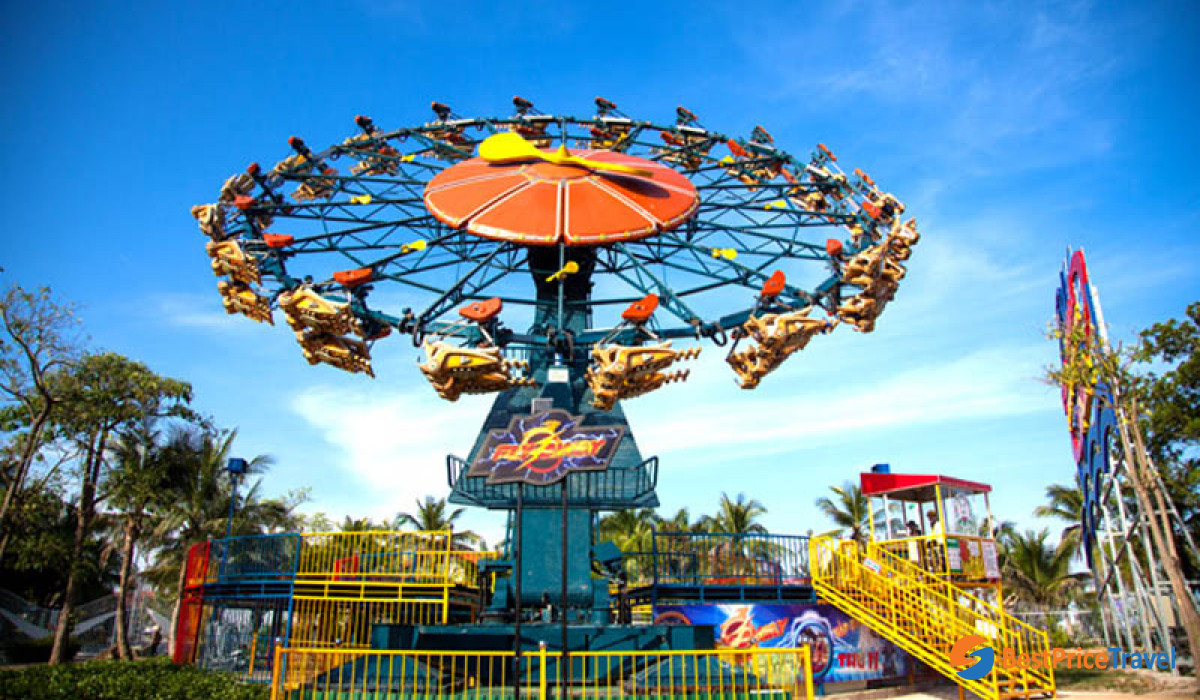 Tuan Chau is known as the "pearl island" with long beaches, beautiful fine sand, and many interesting things to do in summer at Halong such as windsurfing, water skiing, parasailing, etc. Tuan Chau amusement park also attracts tourists of all ages with spectacular entertainment performances such as water shows and indoor dolphin shows.

Sung Sot Cave is the most famous cave in Halong Bay, voted as one of the worthy areas to visit in the summer of Halong Bay. Located on Bo Hon Island, the scenery in the cave is so beautiful that it makes people "stunned" just as the Vietnamese name indicates. The ceiling is glittering with stalactites and stone statues in interesting shapes such as raspberries, elephants, seals... The cave can accommodate up to thousands of people and also includes primitive lakes, as well as a diversity of flora and fauna. 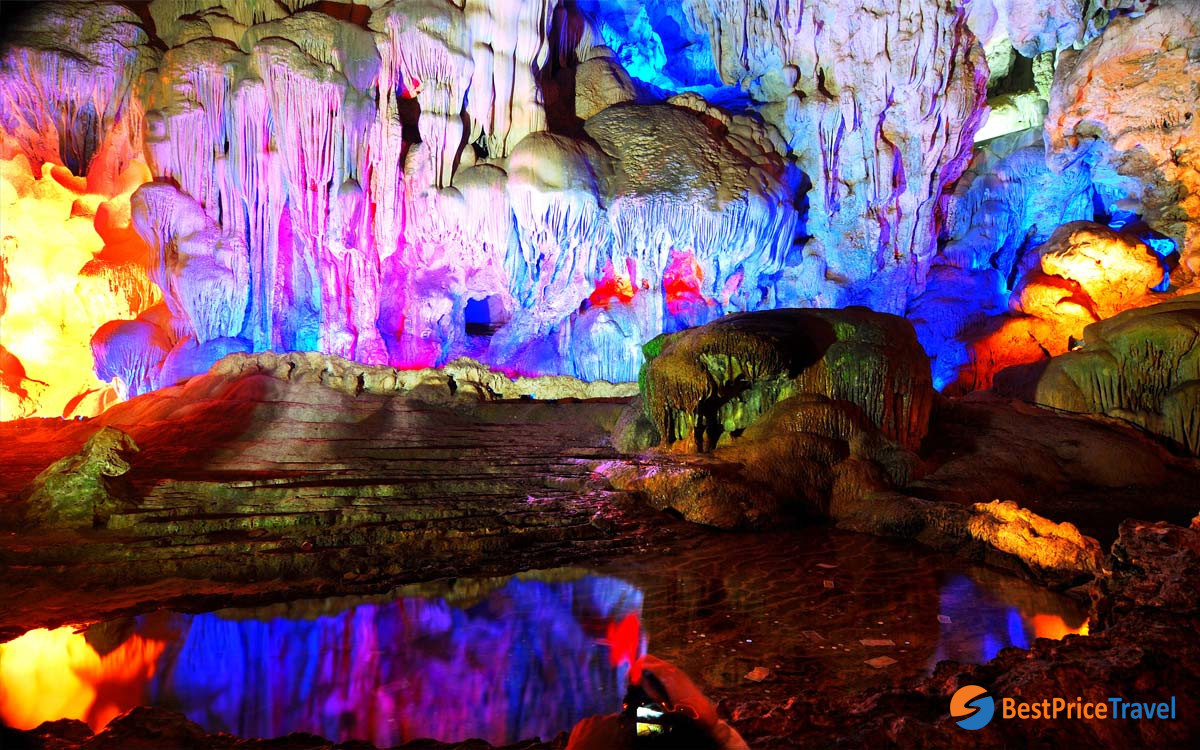 According to travelers on the top things to do in summer at Halong, Thien Cung Cave is in second place among the top areas to visit in the summer Halong. With an incredible width of nearly 10,000 m2, Thien Cung cave is known as a "mysterious underground paradise". Inside the cave, stalactites form the shapes of very beautiful and fanciful scenes showing the amazing sculptural hand of Mother Nature. The beauty of the cave goes far beyond the imagination of humans and can only be admired through the eyes of a traveler, not from any photos on the internet.

For more details: An Overall Guide to Deal with Halong Bay Weather 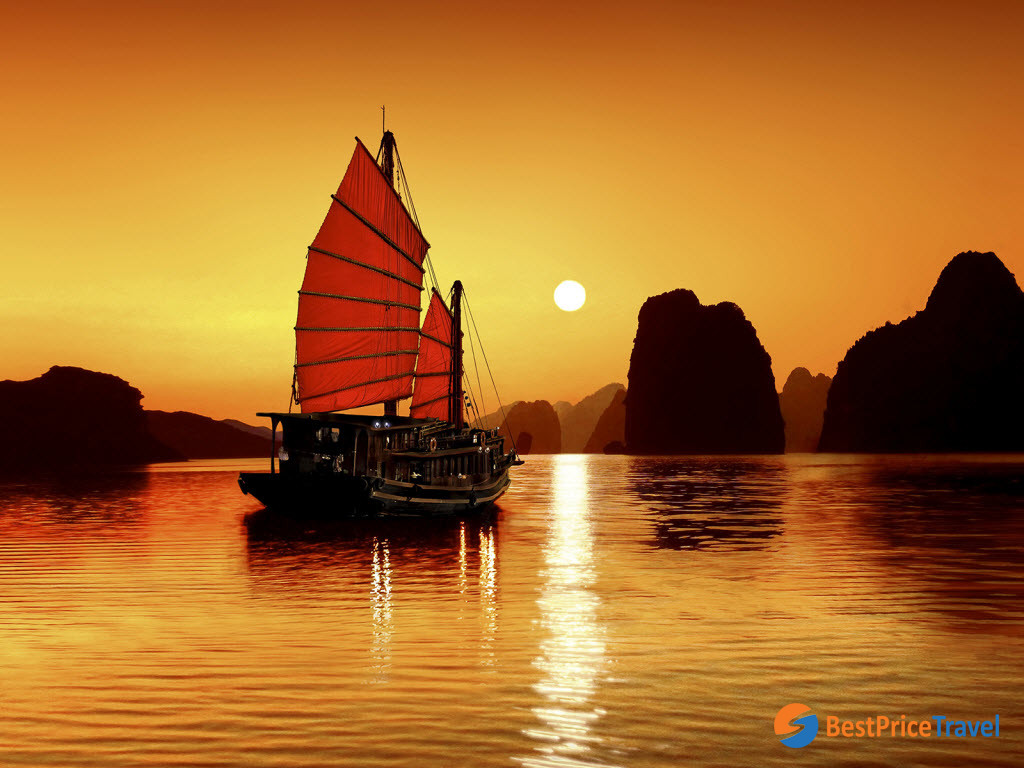 Halong is considered an ideal destination for tourists to relax and escape the heat of Northern Vietnam with blue sky, golden sunshine, and sandy beaches, meeting all the requirements of travelers for a Halong Bay package tour. Tourists can also combine some famous areas to visit in the summer of Halong to maximize the days and value of the trip. One popular route during summer in Halong is Halong - Cat Ba (2 or 3 days), where tourists can enjoy the pristine beaches, the magnificent national park with fresh air, and the best view overlooking the whole bay.

During summer in Halong, tourists should bring along some basic necessities such as hats, umbrellas, and sunscreen for heat protection. Find a travel consultant to give you the best ideas and recommendations for things to do for Halong Bay’s summer.