An Essential Guide to The Vietnam Grand Prix 2020

The Vietnam Grand Prix 2020 is considered the most impressive events attracting millions of tourists to the Hanoi in early April. If you’re wondering what to expect in this 1000-year-old capital, don’t miss out this article before visiting Hanoi on the occasion of the F1 Grand Prix in 2020.

Vietnam will become the newest destination to stage a round of the FIA Formula One World Championship on April 3th– 5th 2020. The Vietnam Grand Prix will be held in Hanoi capital with a fast circuit designed with an inspiration from various classic tracks around the world. For the first time to take place the F1 Grand Prix, Hanoi in particular and Vietnam in general have taken the necessary steps on the promotion of both technical facilities and national tourism.

If you are a big fan of the Formula One, it’s time to plan a vacation to Hanoi – one of the most beautiful and budget cities in the world. Here is the essential guide to Hanoi in the Vietnam Grand Prix 2020. 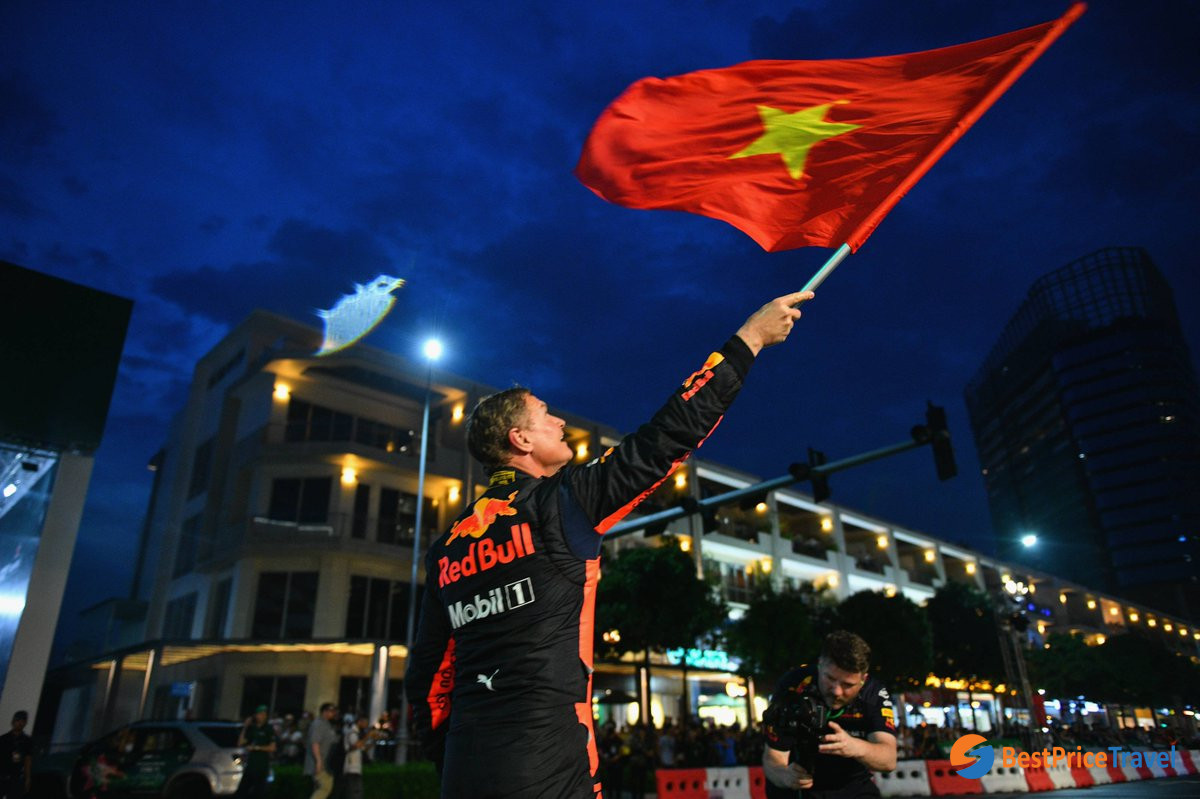 Vietnam will hold the F1 Grand Prix in April 2020

A glimpse of Hanoi, Vietnam

Located in the economic centre of Vietnam, Hanoi is a convergence of main highlights, traditional cultures and cuisine throughout the country. The Vietnam Grand Prix Corporation is a great opportunity to introduce Vietnam as a new dragon of Asia, in terms of economics, culture, food and people. So, what to expect in Hanoi during the holiday for the Vietnam Grand Prix?

At first, you can admire at a plenty of Buddhist temples like One Pillar Pagoda, Tran Quoc Pagoda and the Temple of Literature to learn about Vietnamese history. Or else, you can get an eye for heights at the Lotte Observation Deck, the 72-floor Keangnam Hanoi Landmark Tower or the Hanoi Flag Tower to contemplate the expansive views of Hanoi. Don’t forget to visit Hanoi Old Quarter to experience Hanoi like a local! 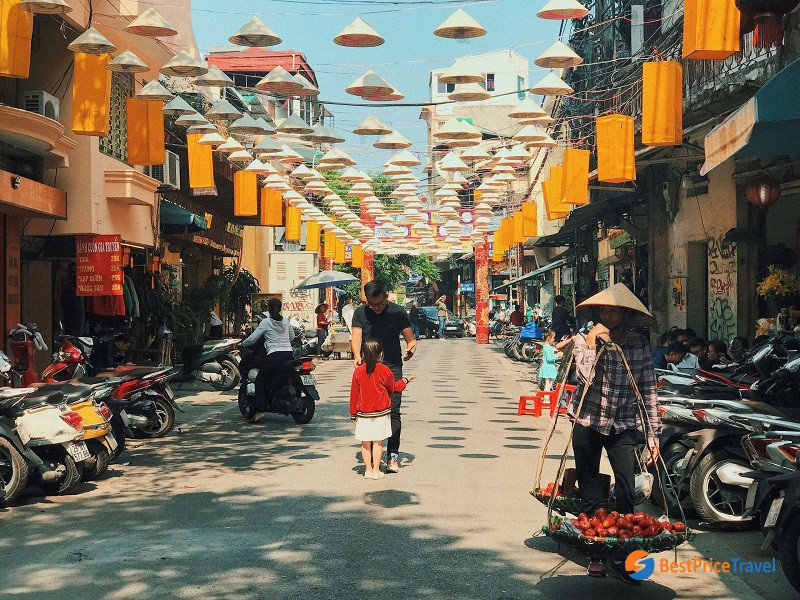 To get a deep insight of Vietnamese culture, you should attend The Thang Long Water Puppet Show and The Quintessence of Tonkin. Additionally, it is a great idea to embrace Vietnamese culture and unique identity at museums.

Last but not least, you should not miss out the chance to sample Vietnamese cuisine. More interestingly, the organizers of the Vietnam Grand Prix also set up food festivals, where specialties all over the country are shown to the world.

Check this out for top 10 authentic things to do in Hanoi during your vacation to the Vietnam Grand Prix 2020.

Overview of the Hanoi Street Circuit

About 10 km from the Hanoi Old Quarter, the Hanoi Street Circuit is 5,565-kilometer long and designed to host the Vietnam Grand Prix. The circuit consists of temporary street section making a total of 23 turns. For safety reasons, a hybrid of public roads are built first, then an extra corner is later added to the final sector of Hanoi Street Circuit. 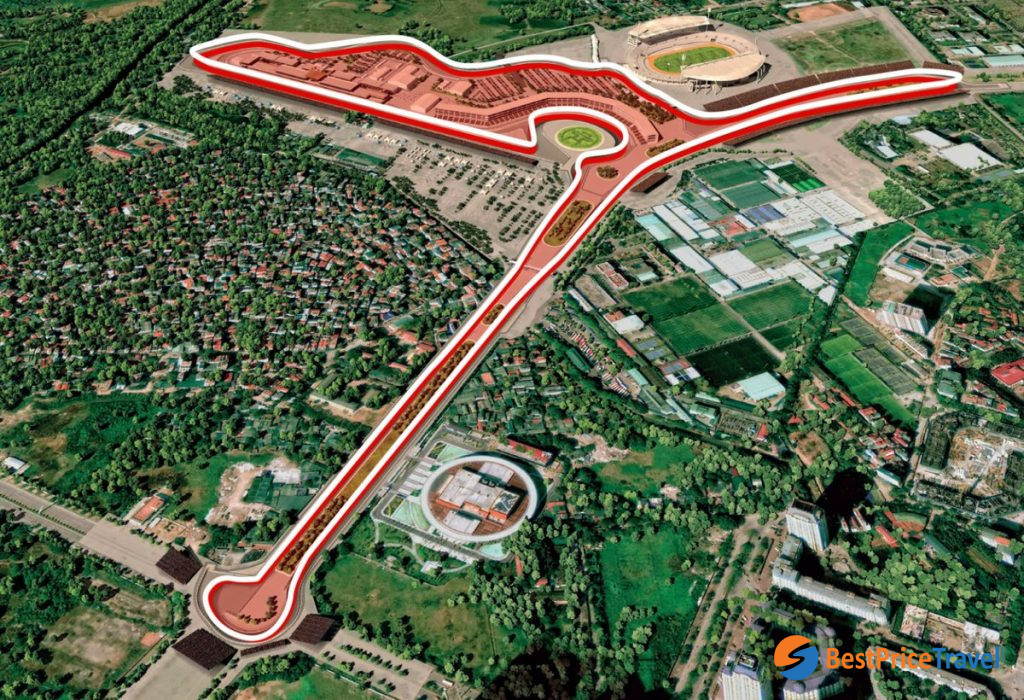 The layout of Hanoi Street Circuit

Designed by the circuit architect Hermann Tilke, the layout of Hanoi Street Circuit features a brand-new pit and paddock complex. The purpose-built section and the philosophy of adapting corners draw inspiration from several existing circuits.

About the grandstand names, the promoter of the Vietnam Grand Prix Corporation has intended to pay homage to some of the most iconic landmarks in Vietnam. The famous names run in geographical order as below: Thang Long, Hai Phong, Ha Long, Hue Matrix One, Da Nang, Nha Trang, Sai Gon, Can Tho and Phu Quoc Grandstand. The Vietnam Grandstand names contribute to educate the international tourists on the Vietnam’s modern culture as well as rich history in the world-class car racing. 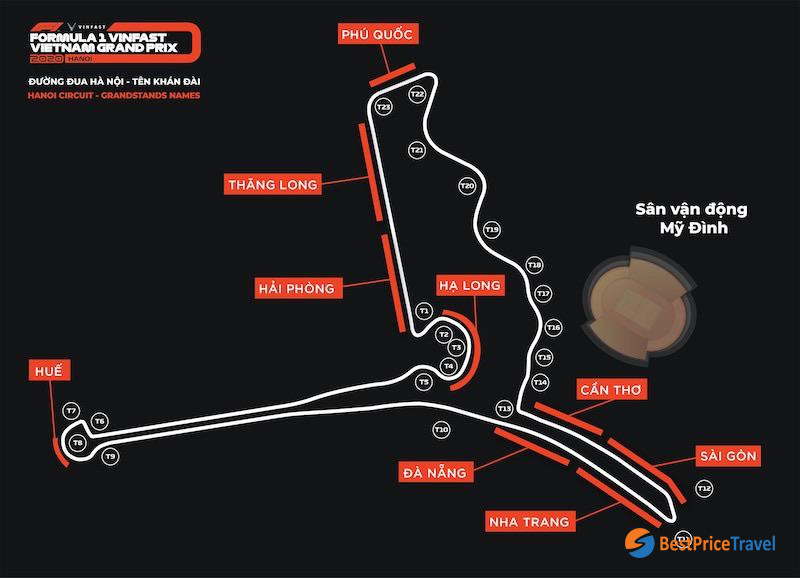 Ticket to the Vietnam Grand Prix

All ticket classes have been on sales since the mid-July 2019. There is a range of ticket types to suit all budgets from unreserved, standard up to premium grandstands. 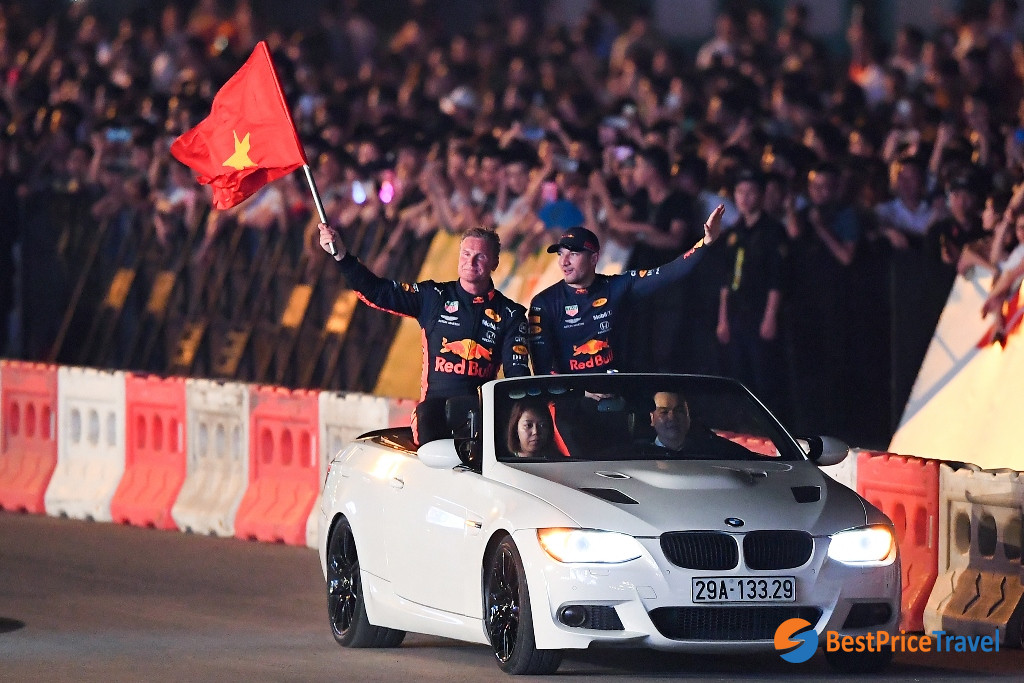 A promotional program for the Vietnam Grand Prix 2020 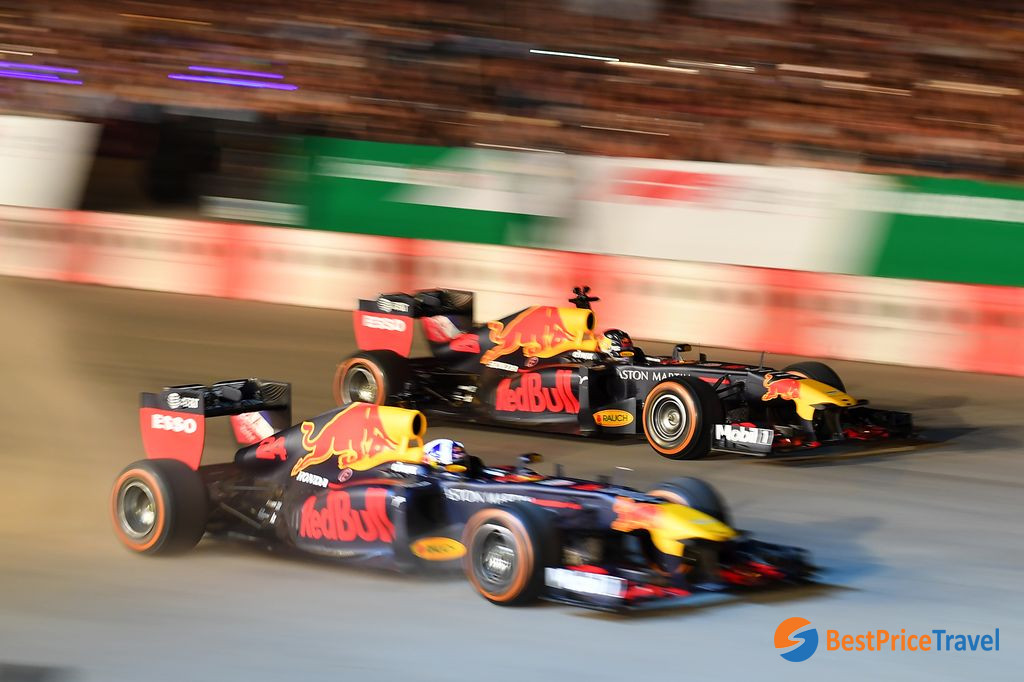 Demo for the Vietnam Grand Prix 2020

How to get to the Hanoi Street Circuit

The Hanoi Street Circuit sets location in the West of Hanoi centre, which is dominated by skyscrapers and modern buildings. Within the vicinity of the My Dinh National Stadium, the circuit can be reached easily by a variety of public transports and taxi services.

All in all, Vietnam is such an amazing country that you could stay for longer than just the Grand Prix weekend.

Check here for the best tours in Hanoi to enjoy the vibe of Vietnam Grand Prix 2020 and explore the charm of Vietnam’s capital.